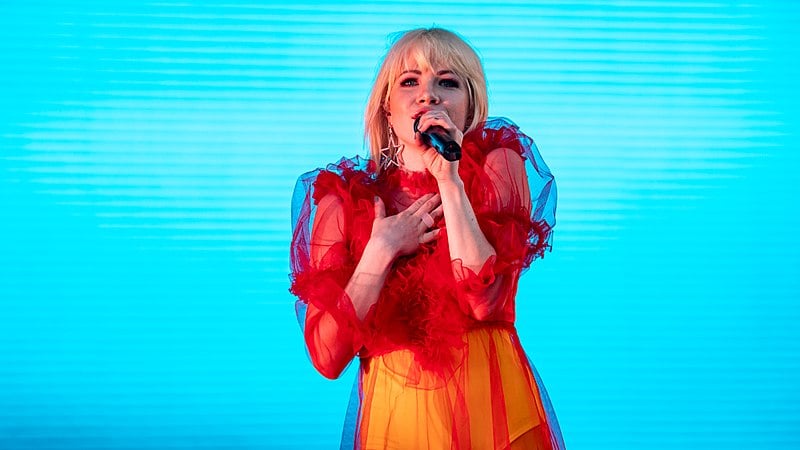 Picture the scene: the year is 2012, you’ve spent the afternoon crimping your hair and messily applying glittery eyeshadow, and now you’re ready for the highlight of your social calendar: the famed Leavers’ Disco. Sure, you may not even be leaving school, and sure, you definitely don’t have a date, but this is it. Tonight is going to be your night.

You arrive at your grotty school hall-meets-gym, tottering on your kitten heels, and know exactly what you have to do first. Awkwardly avoiding your crush, you wobble over to the DJ, wait in the endless queue of sugar-high ten-year-olds, and prepare yourself to request the absolute best song in the world right now: “Call Me Maybe.”

Okay, so maybe we didn’t all have the same primary school experiences as me. But there’s no denying that for at least a year after its release, Carly Rae Jepsen’s annoyingly catchy pop single could not be escaped. It made her pretty much a household name, but not in a favourable light: she was branded a one-hit wonder.

But of course, “Call Me Maybe” is not the only CRJ song most people know. Her other two hits came in the form of “Good Time”, a cheesy collaboration with Owl City (yes, of “Fireflies” fame), and “I Really Like You”, a pop hit famous for featuring Tom Hanks in its music video. It’s the latter of these which is most interesting in terms of Jepsen’s music career: this is because it came out in 2015, just before the release of her third album, Emotion.

One element of her career that has made Jepsen something of an internet music icon is her habit of releasing B-Side albums – both Emotion and her fourth studio album Dedicated were followed up by B-Side albums of almost the same length and quality as their predecessors. Alongside her collaborators, who include pop mastermind and Bleachers frontman Jack Antonoff, she can churn out consistently excellent pop music at double the speed of almost everyone else in the game… except Taylor Swift, perhaps.

Pop music, especially by younger female singers, gets a reputation for being ‘bad’ or ‘trashy’. But what is pop music supposed to do in the first place? By putting on Katy Perry or Jessie J, you’re probably not looking for a quasi-religious experience. There’s no need for overly philosophical lyrics or boundary-pushing orchestral accompaniments; rather, you want catchy hooks, relatable lyrics, and, above all else, fun. Jepsen does this all flawlessly.

Let’s look at an example: “Want You in My Room”, from Dedicated. The song starts with an instantly 80s-sounding rhythm. After the first verse we get an incredibly catchy pre-chorus complete with instrumental beats that it’s impossible not to dance to – this is one of the Antonoff tracks after all. The digitalised backing vocals make the chorus feel like it’s from another era – whether this is the eighties or the future is yet to be determined. The lyrics are very tongue-in-cheek, and far more risque than the candyfloss world of “Call Me Maybe” and “Good Time”: you’ll have ‘on the bed, on the floor’ stuck in your head endlessly. Coming in at just under three minutes, the track is a nugget of pure pop gold.

This is my message to you: forget about “Call Me Maybe’”. Listen to either Emotion or Dedicated with a fresh mindset. Think of her as the next exciting thing in pop rather than a tired one-hit-wonder. You’ll be surprised how much-preconceived notions influence your enjoyment of music. We all need a little joy right now, and Carly Rae Jepsen offers it in bucketloads. Do it for my lipgloss-covered ten-year-old self.