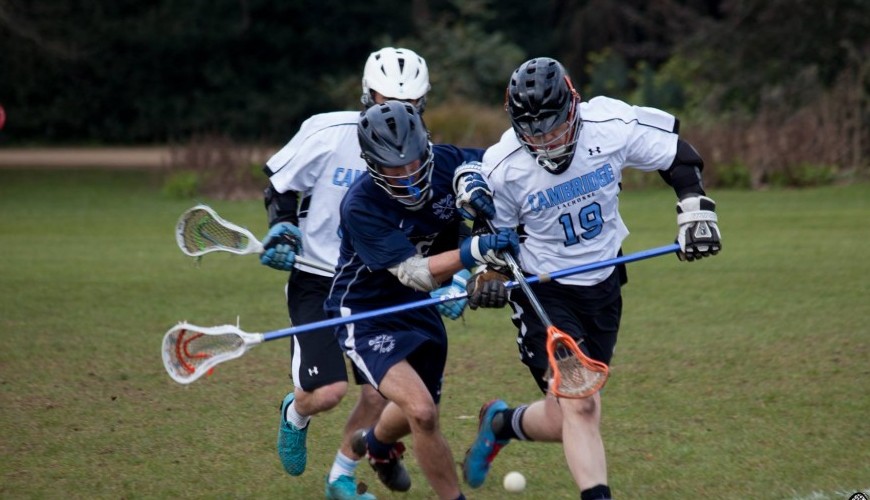 When I tell people I have younger twin brothers playing against each other in Varsity lacrosse on Saturday their first response is very often “Oh wow, how do your parents feel about that?” Next is: “Who are you going to support?” and then finally, “So, how come you don’t play, then?”

The answers to these questions tend to follow something along the lines of “Quite nervous”, “Oxford, obviously”, and “I don’t really know.” For some reason, Gabe (the good Oxford twin) and Will (the shameful Cambridge twin) took to the sport at an early age and it passed me by. Clearly my destiny was to stand by the pitch and take notes to write student journo stuff about it. Not as impressive, maybe, but hey. I try my best.

I’m told Cambridge are the favourites, though this is based on them winning in the BUCS league earlier in term. Gabe swearing he will never speak to Will again if a Tab victory does indeed come to pass has done nothing to ease the nerves of our parents, no matter how much he insists it was meant as a joke. I think perhaps it is because deep down, there is a kernel of truth to it – I’ve watched from the sidelines, able to stay in bed all day or make poor decisions involving alcohol as my brothers go through early-morning training and drinking bans, and they both really, really want to win.

The stakes are slightly lower for Gabe, having won last time and getting his Blue (which is discretionary in men’s lacrosse), but This Time It’s Personal. A victory in Oxford, in front of a home crowd in the 100th Varsity match, would be something very special. Meanwhile Will, having taken a gap year, has been waiting to get stuck into University lacrosse for a very long time, and this is the make-or-break point of the season, by which success or failure is judged. Revenge is on Tab minds: Oxford have won for the last four years, and in the past 23 years Cambridge have only won four times. No-one on the Cambridge side has ever won Varsity.

My brothers like lacrosse a lot. They’ve played as part of the England academy, been on multiple exchanges to America and play regularly for a club, Spencer, which is seen as one of the most successful in the South (lacrosse in England is an especially Northern quirk at the moment, with powerhouse teams centred around Manchester and Lancashire, but it’s growing rapidly across the country). Other players from the club play for Exeter and Manchester’s first teams. When I asked Gabe whether Spencer or Oxford would win in a match, he just laughed at me. No competition, he said. Oxford would get battered.

It’s probably worth pointing out that lacrosse often has a reputation in the UK as being ‘for girls’; this is a) ridiculously sexist and b) not indicative of the physicality of the sport – if you don’t believe me, just have a quick Youtube of some lacrosse hits. At the highest level, it’s akin to American football with sticks. My brothers play roughly opposite positions, with Gabe in attack and Will in defence or defensive midfield. There is quite a possibility that they’ll be clattering each other for an hour. I’m not sure who I would back if things got heated, but I am certain that my poor parents’ nerves couldn’t take it. Whatever happens at Uni Parks on Saturday, at least it will be exciting.