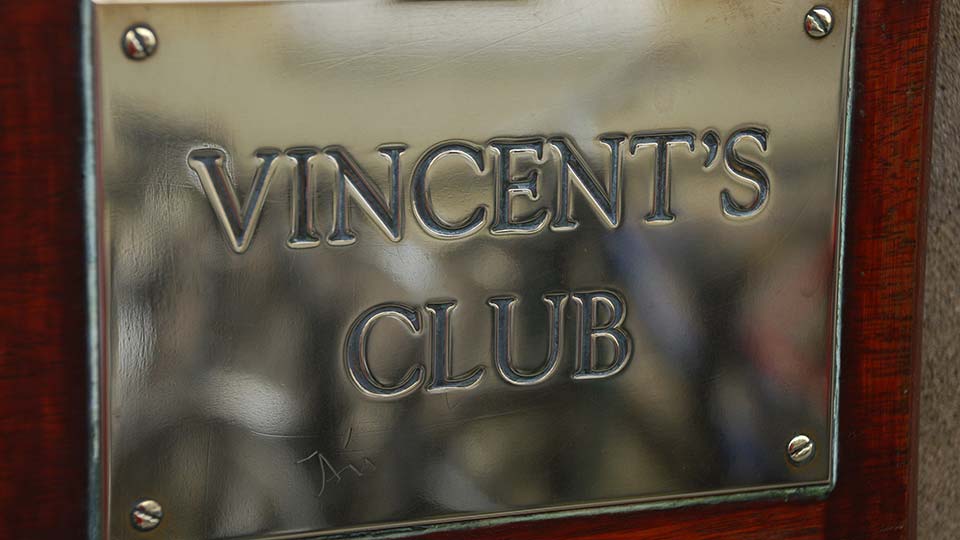 Daniel Kodsi
Hi, I am Chairman of OSPL, Cherwell's publishing house. I was editor during Michaelmas 2016. I read Philosophy, Politics and Economics (PPE) at Balliol College and can be reached at [email protected]
18th March 2016

Previously, non-members had to be invited to use the clubhouse, though members of Atalanta’s Club – an equivalent society to Vincent’s for female Blues – nonetheless had access to the club’s facilities.

Ayowande McCunn, Vincent’s president, said, “On 9 March 2016 the resident members of Vincent’s Club completed a vote that removed the word ‘male’ from the Constitution of the Club. The effect of the change in the rules is that women are now eligible to be elected to membership of Vincent’s Club. A 2/3 majority was required for the resolution to pass and 85 per cent of resident members voted in favour of the change.

“The process leading to the change began in Michaelmas Term 2015 and involved a consultation of members during Hilary Term.”

The decision to allow for female membership comes only a year after the club rejected the same change. Though a majority at the time wished to strike the word “male” from the constitution, they did not constitute the two-thirds majority required for a constitutional change.

The new vote has proven more popular than last year’s, although some think it still comes too late.

Juliet Flamank, a first year athlete at Balliol, told Cherwell, “I think that it’s sadly too common that clubs such as these started off a male only clubs. Although it’s great for future generations that women are now allowed to be members, it’s a shame and rather ridiculous that its taken it this long.

“As a woman in sport I feel that my sporting achievements should be equally celebrated and I should have the ability to participate in all the ways that men in sport do. Vinnie’s says it stands for sporting excellence – well for a club more than 150 years old, I can’t believe that only now have they realised that women’s sporting excellence is also recognisable. It’s great this change has finally happened and I hope it encourages others like it.