A bittersweet day for Oxford on the Thames

The 162nd Varsity Boat Race ended in resounding victory for the women's first boat, their fourth in a row, but the men's own winning streak was snapped 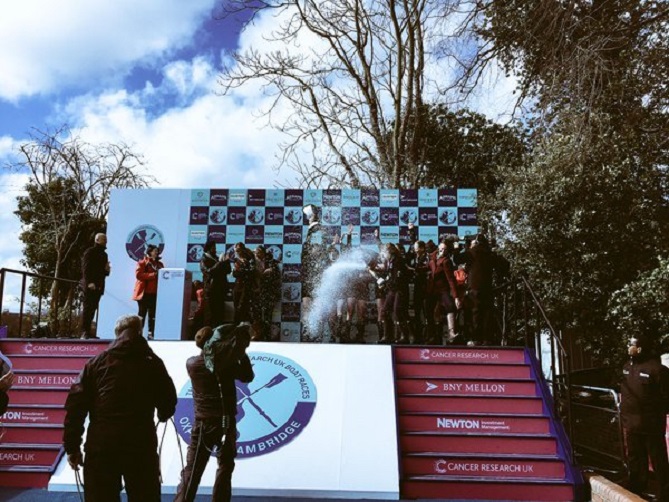 Daniel Kodsi
Hi, I am Chairman of OSPL, Cherwell's publishing house. I was editor during Michaelmas 2016. I read Philosophy, Politics and Economics (PPE) at Balliol College and can be reached at [email protected]
27th March 2016

It’s over: the Oxford men’s crew has finally tasted defeat, after three successive victories in 2013, 2014 and 2015. Losing by a two and a half lengths, the Blues were overmatched on the roiling waters by the Light Blues, who struggled less with the tough conditions.

But the day, attended by an estimated 150,000 spectators, was not completely grim for Oxford. The women’s first boat claimed a rout over their competitors, winning by over a minute – in large part thanks to the Light Blues coming close to sinking after the Chiswick Steps. This is the women’s fourth straight victory in the competition.

In the women’s race, Oxford’s smoother, longer style soon showed through, as they quickly caught Cambridge. Coming in to the Surrey Bend, the women made their move to pull half a length ahead of Cambridge.

It was an easier contest from there, with the Blues starting to pull away at the Chiswick Steps, where the Oxford cox made the tactical decision to find shelter close to the bank while Cambridge tried to remain defiant in the open stream. Now with a 4-length lead, Oxford sped on while Cambridge began to take on water, the Light Blues sinking ever lower into the Thames.

Big smiles all round for Oxford! pic.twitter.com/oAseBnlTcv

The waving of the red flag by umpire Simon Harris signalled the end of the race for Cambridge, and Oxford extended its lead yet further to win by 71 seconds and 24 lengths.

“We are so lucky to have Morgan, she smashed it today,” she told the BBC. “Those conditions are probably the worst I have experienced on the Tideway and I’m so glad it has worked out for us and our training paid off.”

Meanwhile, Cambridge were the favourites coming in to the men’s race and their superior confidence and weight advantage soon became clear in rough conditions. Though both crews got off to a strong start, achieving a fast rate of 45 strokes over the first minute of the race, after the race settled Cambridge began to assert their superiority. Gradually, their four returning Light Blues helped the crew edge out Oxford inch by inch.

Oxford did well to stay within range of Cambridge’s coattails around a Surrey Bend that seemed to to favour the Light Blues, but their effort there proved to be too much. Tired, Oxford were edged out by Cambridge as the crews passed the Chiswick Steps. And it was home clear from Cambridge from there, who won in a time of 18 minutes and 38 seconds, two and a half lengths ahead of Oxford’s crew.

After the race, the Cambridge coach said, “I think this is the start of the turn of the tide for Cambridge.”

Of course, the Oxonians disagreed. When asked whether it was an end of an era by BBC, Oxford men’s captain Morgan Gerlak replied emphatically: “absolutely not.”