CherwellIndependent since 1920.
Culture Delving into Dickens: A literary love affair 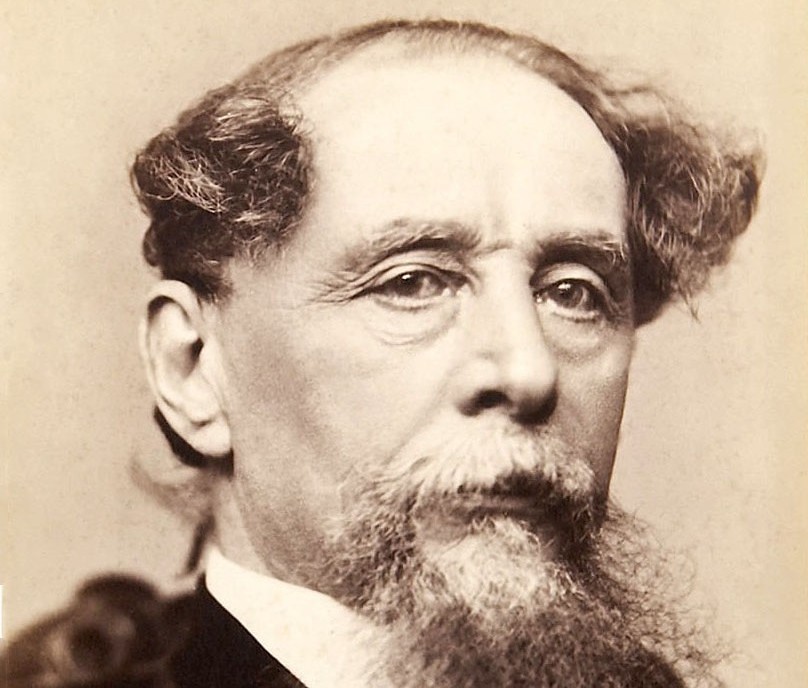 A few weeks ago, I made the mistake of telling my girlfriend that I’d never seen either of the Bridget Jones movies. She talked me into watching them despite the fact that I was happy curling up with my worn-out copy of Charles Dickens’ The Pickwick Papers. As I sat watching it, mentally ticking off the thinly veiled Pride and Prejudice references, it occurred to me that I recently lived through the plot of a romantic comedy myself. Not with my girlfriend, if that’s what you’re thinking, but with the author of the tattered paperback in my hands.

Much like the heroine of almost every ‘Rom-Com’ I’ve ever seen, I was introduced to the dashing stranger that is Charles Dickens. Except instead of being presented to my love interest by an overbearing mother or best friend at a cocktail party, it was in a classroom by an overbearing teacher who slammed a copy of Great Expectations on the desk in front of me and told me to “begin at chapter one”. It’s at this point in the movie that tall-dark-and-handsome usually makes an asinine comment that greatly offends and alienates the protagonist. This entire novel was that asinine comment; long, drawn-out, devoid of morals and with scarcely a likeable character, I simply couldn’t engage and vowed I would never being even an acquaintance with this man, let alone anything more serious.

It is generally established that the next few scenes involve the hero living their life, hanging out with friends and even a few dalliances with other minor love interests who usually turn out to be very, very bad for you. For me, living my life was my A-Levels. My friends were comfortable reads like Mark Haddon, Terry Pratchett and the sassy quips of Jane Austen, all of whom naturally offer the comic relief. My dalliance? An ill-fated affair with the roguish playboy that is Leo Tolstoy, which left me tired, exhausted and with a pounding headache. Dickens came up in conversations now and again, awkwardly brought up by friends in pubs and pushed by teachers and parents as the better match. It was relatively easy to turn my nose up and ignore his dark, shadowy presence at the back of my mind. Then came the literary equivalent of what I like to call ‘the unavoidable moment’. You know the one! Maybe it’s a party where the hero can’t avoid the love interest any longer, maybe his best friend’s starts dating the sister, maybe an office mishap means they have to work together. This is kind of what happened to me, except for me it came in the form of a university reading list. “You must have read at least three works by this author” it loudly boasted. As I looked at his smug expression, curly hair and row-upon-row of densely typed script, my heart sank a little and I tried to ignore the slight arousal of my interest.

During this stage, Bridget Jones starts to notice the more redeeming qualities of Mark Darcy instead of viewing him as a pompous arse. The same was happening for me and Charlie. Instead of the drab, dour and fundamentally elitist man who offered me Great Expectations, I met het intelligent, thoughtful author of A Tale of Two Cities, the cheeky, comedic journalist that penned Sketches by Boz and shrewd, perceptive and passionate social campaigner behind Bleak House. I was starting, it seemed, to see things from his point of view.

Every romantic comedy seems to end with a big reveal. When the past sins of tall-dark-and-handsome are explained away in a perfectly justified soliloquy. The protagonist curses themselves for being so judgemental. Finally, the two fall in love. I found my justification when reading a biography of Charles Dickens. It told me that when his stories were published in magazines, the guy was paid by the word. I’d objected to him on the grounds that he was long-winded, overly descriptive and a little boring, but I got it now! Of course he was going to ramble on for ages, it was earning him the money to buy his family food! It was admirable! Heck, if I was paid by the word, my novels would be twice the length even of Dombey and Sons! Suddenly, there was a brand new man stood before me! Suddenly, I understood him, respected him even. He was only trying to make a living. Finally, I could open up my heart to this intriguing author and let my love develop.

There’ll be a proposal of course, as long as it’s better than the dreadful, fumbling attempt of Mr Headstone in Our Mutual Friend. As for the sequel, well it’s obvious isn’t it? I’ll find out what he did to Nancy in Oliver Twist and angry and heartbroken I’ll end our relationship, subsequently struggling to forgive him before he wins me back with The Christmas Books.