CherwellIndependent since 1920.
Culture Preview: Accidental Death of an Anarchist 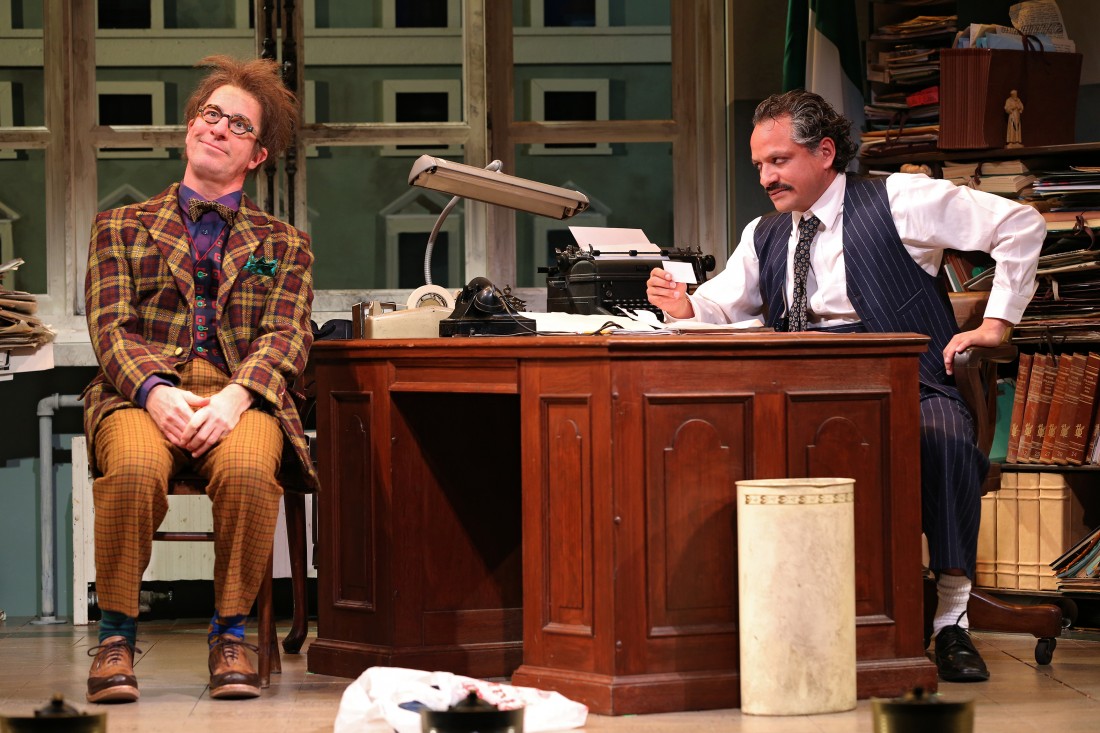 Down in the bowels of St Hilda’s College, I sat in on an energetic rehearsal of Dario Fo’s brilliant political farce. The play was inspired by the violent political climate of late 1960s Italy – specifically, the case of anarchist railway worker Giuseppe ‘Pino’ Pinelli, who died in police custody, having been arrested in the aftermath of a bombing in Milan. The police claimed his death had been a suicide. An investigating judge declared it an accident.

In an attempt to get to the truth, the play revolves around the figure of the Maniac, a certified madman with an “acting mania,” who wreaks havoc, in various guises, with the blundering officers embroiled in the investigation into the anarchist’s death.

The ensuing action was fast-paced, unpredictable and absurd – often tense, and usually hilarious. Physical humour abounded, as bemused policeman battled with bombs, bourbon biscuits and benedictine tranquilisers. Peter Swallow, as the gormless Constable, was particularly impressive in this regard, and brought to mind Charlie Chaplin with his exaggerated facial expressions and movements.

Alluding to the idea that Fo was “the people’s court jester,” director Helgi Clayton McClure said that he wanted to emphasise the farcical elements of the play, but argued that this was key to bringing out the political satire. He talked knowledgeably of the contrast between the “mechanistic” policemen, influenced by archetypes from the commedia dell’arte tradition, and the dynamic Maniac – portrayed by James Galvin with an expert mixture of wild enthusiasm and cool command.

It is telling that alongside some of the more slapstick moments, particular lines, such as “Scandal is the fertiliser of social democracy,” stood out strongly too. In the trappings of authority, the Maniac subtly undermines the power it wields. He articulates a range of provocative political ideas, such as the idea that political parties attempt to placate a dissatisfied populace by “drowning them in reforms – or promises of reforms” that are sure to engage a contemporary British audience, even if revolution is less of an imminent possibility than it was in 1970s Italy.

A marked departure from St Hilda’s College Drama Society’s recent productions, Accidental Death of an Anarchist promises to be the perfect way to round off your May Day weekend.