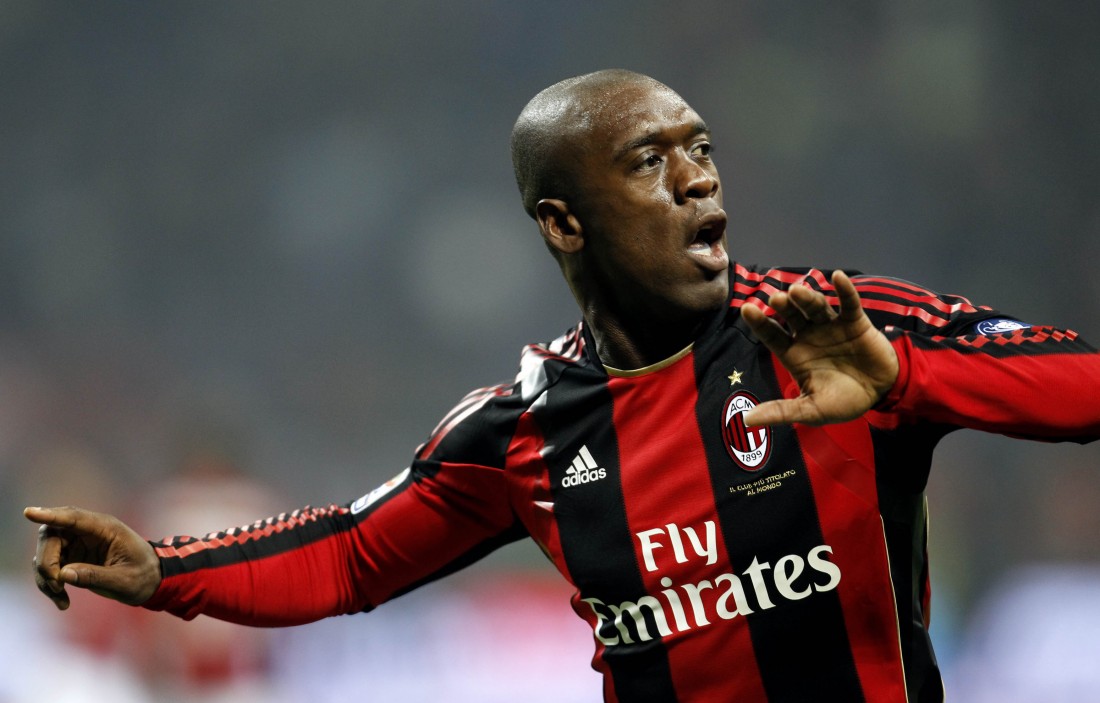 Daniel Kodsi
Hi, I am Chairman of OSPL, Cherwell's publishing house. I was editor during Michaelmas 2016. I read Philosophy, Politics and Economics (PPE) at Balliol College and can be reached at [email protected]
6th May 2016

Clarence Seedorf has an exceptionally firm handshake. His handshake is commanding. It has gravitas. Seedorf doesn’t speak loudly – but his handshake does.

And so he uses it: at the drinks before his Oxford Union talk, Seedorf walked down a split aisle of invitees and shook each of our hands as he passed. Slowly, measuredly, leaving no one out.

There at the drinks, Seedorf fielded question after question about football, like what he thought of Leicester City winning the Premier League and whether he reckoned they could do well in the Champions League next season. His football experience was the audience’s interest of course – as you might expect from a group gathered to see a four-time Champions League winner who had played for Ajax, Real Madrid, Inter and Milan.

But Seedorf himself had not come to the Oxford Union to talk football, as I learnt when I met up with him after his talk to ask a few questions. Instead, as far as I could tell, his hope was to impart wisdom – to help guide the next generation of leaders in achieving their dreams and aspirations.

And as he explained, he thought there is power in the fame of the footballer. The mass recognition afforded him, in small villages and as far away as China he said, means that he has a platform – one which he intended to use.

Not that he is the type to shout from it, because Clarence Seedorf is not a man, I imagine, who likes to shout. Rather, he speaks softly, with restraint. So softly that silence descends upon a room when he talks – a silence that you feel he likes to be in control of.

Indeed, I got the impression that, insofar as he is able to, Seedorf takes pride in his ability to control his conduct, and hence the impression he gives. For instance, he is an immaculate dresser. His Union outfit was simple: a dark, well-tailored suit and green tie. But its simplicity belied its elegance; I couldn’t replicate the dimple in that tie if you gave me all day to try.

But, dear reader, enough from me – you want to read Seedorf’s thoughts, his words. So, how, you ask, does Seedorf think one can realise success in one’s life goals?

“Well,” he told me, “I think everybody has talent in general.” All it takes is that you “recognise your talent, work hard in a disciplined way, and enjoy the journey.” Disciplined hard work? I thought, Why, he almost sounds American!

“Set goals,” Seedorf added. “That’s very important.  Really set goals, goals that are reachable, but also that are ambitious.” Ah, but don’t we try. What else would you call the perennial disasters that are New Year’s Resolutions? All around the world, we set goals, making promises to ourselves to be better people and more successful ones. Then comes February (generously speaking) and trust me: if you’ve got a single resolution still intact, you’re way ahead of the great majority of us.

Finally, Seedorf says, “Trust in the right people around you.” I must say, I liked the duality of his suggestion. The trick is not to trust those in your life; it is to trust the right friends and family, which is a piece of advice I find eminently more reasonable than that platitudinous encouragement to have blind faith in others.

So, there we have it. The Clarence Seedorf Recipe for Success. But Seedorf’s views on how to succeed are just one facet of his worldview, and cannot be taken in isolation. So who’s ready for some spitfire Seedorf? I know I am.

On leadership:
“When things are rolling, things are good, it is not so important that leadership is present. But the moment there’s difficulty, you need to step up and empower. If you have the strength and the personality.”

On getting a master’s degree in business:
“I always felt I was an entrepreneur – I wanted to have more knowledge, that was my main drive. I also had huge interest in psychology, just for my personal development. I can probably teach some lessons already – I mean, I went in depth with that course, which was for a period of almost seven years. A lot of repetition.”

On Nelson Mandela:
“I mean, what to say. Nelson Mandela has had a huge impact on my life, on who I am today, on what I want to achieve. His message of peace, education and the power of forgiveness.”

On forgiveness:
“27 years of jail, then come out and forgive the person who put you in there. [If Mandela could do that], then we can forgive a lot of people, things that we live daily. But ultimately, to forgive, you do it for yourself, to have peace for yourself. It takes courage and strength, but to be capable of forgiving others and your self, that’s fantastic.”

On everything:
“Well, everything is a bit of circumstances and I think also destiny.”

And on everything else:
“The most important thing is definitely to dream, dream big, dream about anything – and believe in yourself. Show courage and get out of your comfort zone. Stay out of your comfort zone as much as possible. That way, you’ll have new adventures. New challenges, too. But there is great satisfaction, especially when you achieve your dreams. I’ve lived that.”

Seedorf and I parted with a handshake, with me off to finish up an essay and him… off to do whatever it is famous footballers do, I guess. On my walk back to Balliol from the Union, I found myself mulling over my impression of him, and his comments. Essentially, I think, Seedorf has life figured out, at least as far as he is concerned. In other words, he is the owner of a quiet confidence in both himself and his beliefs – not an entirely shocking trait when found in someone who had been at the very pinnacle of his profession.

Confidence is a personality characteristic. It is also a tool, one that is wielded subconsciously but to great effect. In Seedorf, I suspect, confidence allows him to be self-assured in his actions in a way that most of us are not. Discipline is more easily managed when one trusts oneself to be disciplined, in the same way that espousing one’s views is more quickly done by one who is certain of the rectitude thereof.

Anyway. Seedorf had one last piece of cosmic wisdom, which I suppose I would be amiss not to convey: “Speak to the universe and the universe will provide.”