From the Latin ‘partire’ (to share), through the Middle English sense of ‘divide into two’, to the modern French ‘partir’ (‘to leave’), the concept of ‘parts’ is inextricably linked to a sense of rupture, estrangement and loss. These are all themes that Sarah Howe explores in her debut poetry collection Loop of Jade – seen specifically through the prism of race.

Born in Hong Kong but brought up in England, to a Chinese mother and British father, Howe’s poems constantly wrestle with the knotty relationship between these two ‘parts’ of her heritage. Duality is a running theme: the opening poem ‘Mother’s Jewellery Box’, which acts as a kind of prelude to the whole collection, begins with a resonant image of “the twin lids/ of the black lacquer box”.

Hong Kong itself seems to be a metaphor for a mixture of British and Chinese ‘parts’: its “jungle-bordered boulevards” reference both its origins as a remote Chinese fishing village and its later European colonialist legacy. Howe wrestles constantly with the question of whether these two cultural components can coexist equally, or whether one inevitably overrides the other. Hong Kong has variously been designated a ‘British colony’ (1842-1997) and a ‘Special Administrative Region of the People’s Republic of China’ (1997 onwards) – but is there a term that can express both experiences? In other words, can these two ‘parts’ be reconciled?

Howe succeeds in this attempt, up to a point. Throughout Loop of Jade, she juxtaposes elements of Chinese and European culture in an attempt to explore and unravel her complex heritage. Her poems move with agility from references to Chinese culture – the folk legends of Chang’e and ‘The Butterfly Lovers’, the psychological scar of Tiananmen Square – to the post-impressionist Pierre Bonnard and American poets John Ashbery and Peter Streckfus. Here the sheer range of influences are a celebration of her versatile, vibrant mixed-race identity.

Yet the flip side of this is also a sense of dislocation. The story arc of Loop of Jade is the same as any Bildungsroman: a journey to find one’s home and thus one’s true self. For those of mixed-race heritage, this ‘pilgrimage’ is harder than most because of the physical and cultural separation of our ‘homes’. In ‘Sailing to Guangdong’ (the title is perhaps a nod to Yeats’ ‘Sailing to Byzantium’), Howe travels in body to her mother’s homeland, but also through the medium of memory.

Although perhaps the goal is unattainable, she is inexorably led on and on:

Something sets us looking for a place.

Old stories tell that if we could only

get there, all distances would be erased.

However, she eventually concludes that her life is that of “wild geese”: she is a wanderer with a “crease-marred passport”. Being mixed-race possesses many advantages, but I’ve also felt that same sensation of not knowing where you truly belong. It’s a feeling that perhaps shouldn’t, but often will,go hand in hand with a sense of loss.

This difficulty in reconciling two distant cultures is also refl ected in the language, which forms the backbone of Loop of Jade. In ‘(k) Drawn with a very fine camelhair brush’, Howe beautifully describes the intricate pictograms that make up Chinese script:

a nest of lacquer boxes

where meaning was a garden

where you could wander forever

Howe’s poems possess such rich, breathtaking detail (“Passing fish huts perched like spindly seabirds, foaming lacework/whispering into nothing”) that they themselves seem to be “worlds within worlds”. However, the fundamental irony is that she is attempting to capture the essence of Chinese script in a different language, English. Dotted among the English lines are occasional Chinese characters – but they are only “the scraps that stay with me.” Yet again Howe struggles to give unity to her complex identity: she declares

some symbol I am striving for.

The apex of this attempt is ‘Loop of Jade’, the core poem that lays bare all the ‘parts’ of Howe’s identity. The poem conveys an incredible scope of experience: the form moves between prose, verse and direct speech; the geographical location shifts from China to Hong Kong to England; Howe recounts her own story alongside those of her mother and grandmother.

These ceaseless shifts of perspective create a disjointed structure that juxtaposes with the image of a smooth ‘loop of jade’. According to Confucian tradition, jade symbolises eternity.

Thus a ‘Loop of Jade’ conveys both the continuity of family as well as being a key symbol of Chinese cultural identity. Yet, in a devastatingly poignant final line, Howe asks herself whether her dual identity has ruptured that heritage: “And if I break it now – will I be saved?”

But perhaps the fundamental question is whether these two ‘parts’ to Howe’s heritage should really be seen in such distinct terms. Loop of Jade opens with a Jorge Luis Borges quotation that describes the classification of animals in an ancient Chinese encyclopaedia; yet this kind of arbitrary classification is shown to be insufficient in Howe’s search for identity. Instead, Howe defines herself within a complex web of shared memory, language and culture: from two ‘parts’ emerges one lucid voice. 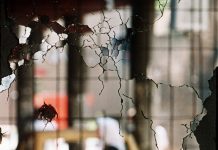