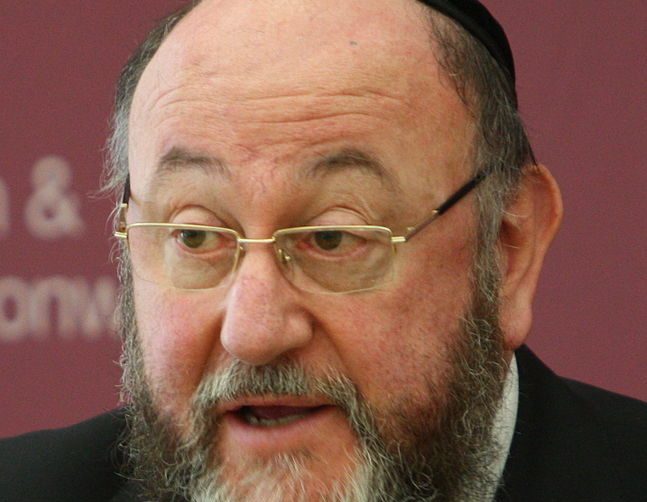 Daniel Kodsi
Hi, I am Chairman of OSPL, Cherwell's publishing house. I was editor during Michaelmas 2016. I read Philosophy, Politics and Economics (PPE) at Balliol College and can be reached at [email protected]
5th June 2016

There is a rich tradition of liberal thought that holds freedom and responsibility to be inextricably linked. Freedom must lead to responsibility, otherwise it is wasted, and soon lost. It is in this spirit that Chief Rabbi of the United Hebrew Congregations of the Commonwealth Ephraim Mirvis describes his “vision for Judaism in the 21st century.”

There are five elements of responsibility, he explains, including responsibility to Israel, a topic about which I had the opportunity to speak with Mirvis prior to his speech at the Oxford Union last week. The Rabbi has recently made headlines for comments about the vilification of Jewish students at universities, claiming that bashing of Zionism on university campuses is going largely unchallenged.

There is a stark schism, especially on the political left, between those who support the state of Israel and those who claim Israel to be an oppressive, even apartheid, state. This first debate has given rise to a second – concerning the extent to which anti-Zionism reflects anti-Semitism.

To understand the issue, Mirvis says, “What we need to appreciate first of all is the centrality of Israel within Judaism, from the very dawn of the creation of our faith of Abraham and Sarah. The very first imperative given to them by God was to live in the land he would show them, which turned out to be the land of Cain and today is the land of Israel. And from that moment onwards, the entire Bible is Israel-focused and our people has been Israel-focused and Israel-rooted and Israel-centered and what one would refer to as being Zionism, Zion being Jerusalem, has always been an integral part of our Jewish psyche, of our Judaism. There is a modern Zionist movement, which originated in the latter part of the nineteenth century, and that relates to the right of the Jewish people, as is the case with any other people, for self-determination within their own land and to live in security within that land.”

This is the definition of Zionism that I uphold: the inalienable right to a secure homeland, safe from persecution. That I might support the state of Israel does not mean I consider Israel’s governments immune from criticism – nor do most Jews. Rather, Jews are often, as we must be, the first to denounce the crimes and misdeeds of the Israeli government. As Mirvis told me, “Zionism does not necessarily mean that one agrees with every single policy of every government in office in Israel. And if one wishes to criticise a particular government in Israel, it is the same as criticising any other government and you know, not every critic of Israel is an anti-Semite. In fact, the greatest number of critics of Israel are to be found inside Israel because it is part of a robust democratic system.”

But, he added, “It’s where criticism of Zionism crosses the line, where there is disproportionate focus placed on one country as opposed to other countries and one must ask oneself where is ‘this coming from?’ and ‘what is this all about?’, so I don’t call on people to exercise blind support for Israel, but I do call upon people to exercise fairness.

“Be fair: if you’re going to the region, spend the same amount of time in one place as another, expose yourself to different views, hear both sides of the story. If you’re going to be making a stand, let it be an informed stand, so that you’re fair in your assessment of the situation.”

There is abundant evidence that Israel is not treated fairly. The United Nations Human Rights Council has issued 62 specific condemnations of Israel, and only 55 on all other nations in the world combined. A global movement has sprung up calling for boycotts, divestments and sanctions of and on Israel – and has earned widespread support, especially from students. Most tellingly perhaps, ‘Zionist’ has become a derogatory term, even a slur.

Mirvis points out, “When [Zionism] is used as a term of abuse, just substitute the word Judaism, or when it’s Zio, Jew, for that term. Zionism is a philosophy, it’s a phenomenon, that I’m exceptionally proud of. It stands for the incredible achievements of the modern-day state of Israel, often the Jewish people with their hands tied behind their backs, often on the defensive, particularly immediately after the Holocaust, which is an outright attempt to destroy the Jewish people and it was successful in destroying one-third of our people. So, putting all that together, Zionism is something one can readily be proud of.”

I fervently believe it is my responsibility, as a Jew, to stand up for justice and against persecution wherever it might be found. This includes vocal and fierce opposition to human rights abuses committed by Israeli governments. But I also hope that when due criticism becomes vitriolic denigration, the transfiguration will be noticed and condemned.