George Foreman: getting up after getting knocked down

The two-time World Heavyweight Boxing Champion discusses family, faith and the thrill of the fight 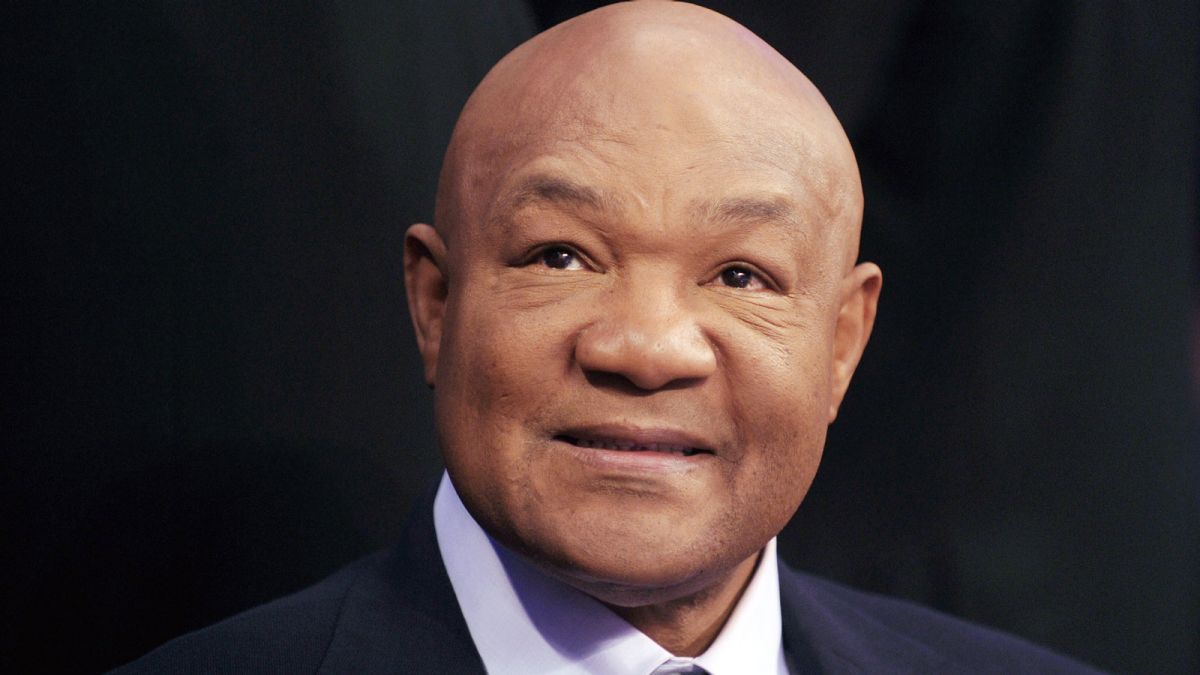 “When I was a kid”, booms a deep Texan voice, “I used to bunk off school. I’d set off, like any other kid, then go to the woods, stay there a little while, then climb back in through my window and go back to bed. One day, as I was climbing through the window, I saw my cousin Rita, and she said ‘Hey Monkey’ – she always used to call me Monkey – and I said ‘I just forgot something, I’ll be off to school’. She looked at me, and smiled. ‘I don’t mind if you don’t go to school. Nobody in this family ever comes to anything.’ I got my stuff, stormed off and almost went to school.”

After two world heavyweight boxing championships, 40 years as an evangelist and around $200 million in earnings from his eponymous grill, George Foreman tells his tale with a smile at the Oxford Union. His epic weaves from childhood truancy to spiritual rebirth, Olympic gold to multi-million dollar commercials, but at its centre was the world championship fight against Muhammed Ali, the ‘Rumble in the Jungle’, the defeat for which he is still best remembered among boxing fans today. As I sit opposite Foreman, 42 years on, he describes how it felt to lose the world championship fight.

“Before then, it was like winning, winning, winning, and that was the only time I really lost; I lost plenty of other decisions, but I figured they could have gone either way. To leave defeated, where one day everyone is looking up at you, thinking ‘whoa’, and the next day they’re patting you on the back with sorrow, it’s the most devastating thing that could happen to you. It’s terrible. It’s like a darkness come over you, and you must get back and you’ve got to fight. That was the worst I’ve ever felt in boxing.”

Foreman continues, describing the challenges of entering a fight as champion. “The hardest thing, you know, about being world champion is you start believing things you hear about yourself. It’s hard to resist that, and I said I wouldn’t, but I became part of it, believing I was as tough as people said I was. That was a hard thing to resist.” Asked whether he had a role model himself when he was growing up, Foreman grins and sits back in his chair. “There was a great football player by the name of Jimmy Brown, who later became a great actor. I wanted to be him. He could run real fast and he was the first guy I’d seen without the football helmet, and I saw his face and I thought: ‘that’s the face I want’.”

At that time, was Foreman already set on being a boxer? “I really hated boxing – when I was street fighting as a kid, I thought I could easily fight without being a boxer, but it came to the point in my life where I realised there were things I needed for my family, and I could only get them by boxing. There was a time when I was in the Job Corps and a load of us were listening to a fight on the radio, and some of them looked at me and said ‘If you’re so tough, why don’t you go and do boxing?’ So I did.”

To start with, though, boxing didn’t go as planned. “The first time I went into a ring, I was up against this real weedy guy, and I thought, ‘This is gonna be too easy’. Then he hit me – bam – and it hurt! I tried to hit him, but I kept missing and he kept punching and the crowd started laughing, and I got real angry. I picked the guy up, and the referee said ‘put him down’, and the crowd laughed harder. When I lost, I ran out, and told myself, ‘I’m done with boxing’. None of my friends would look at me, and when I asked if they saw the fight, they just shook their heads.

“As I was walking down the street, my coach ran up to me, and he asked ‘Where are you going?’, and I told him I was done with boxing. He looked up at me and asked why, so, looking for an excuse, I said I had no boxing shoes. He then said ‘Wait here’, and ran off. I waited for about an hour, and then he returned with a pair of boxing shoes. That left me with no choice!’”

After a defeat at the hands of Jimmy Young in 1977 and what he has described as a near-death experience, Foreman converted to Christianity. Following this, he retired from boxing for a time to be an evangelist, initially on street corners, and set up a youth centre in Houston, Texas. Asked how his faith impacted his work, he paused. “I’ve been a preacher,” he said, “but faith is what I have, and it’s hard for me to describe its effect because I just know what I know. I suppose it builds you, it shapes you, and for more or less 40 years I’ve been telling people the same story of how Jesus Christ has worked in me. He’s been the only consistent thing for me, for so long now.”

Though he last fought professionally in 1997, Foreman still remembers the pressure of the ring and how he grew to relish it. “You know, the first time I got knocked down, I was an amateur, the guy hit me so hard, and I didn’t know what winning would get me, or losing, but I remember being on that floor thinking ‘I’ve gotta get up. I’ve gotta get up’. And in that moment, I didn’t have to win, but I had to get up. In boxing, when you hear that bell ring, you feel real confident because you know you have to get up. Sometimes you just get hit real hard, but you still have to get up.”

And the greatest moment of his career? “Winning an Olympic gold medal, in Mexico City. Even once I turned professional and won world titles, nothing came close. I’d represented my country, and I was so proud. I wore my medal so much that the gold began to wear off the back, and I said to my friend ‘Isn’t this a gold medal?’, and he went, ‘It’s gold-plated, George, but I’ll fix it for you’. And I remember my cousin Rita saw me soon after – the one who told me nobody in our family ever came to anything – and she said, ‘I always knew you’d do well, Monkey.’”