Women are more likely to have a positive attitude toward higher education from the age of 13, a new report suggests.

This seems to be feeding into the gender gap in the UK education system, in which female pupils regularly outperform their male counterparts at school, while being 35 per cent more likely to go to university in the first place. White males from poorer backgrounds are now the least likely demographic group to go to university, with just 8.9 per cent attending.

Professor Pam Sammons, lead author of the report and Senior Research Fellow at Jesus College, commented, “Our research shows that the students’ belief in themselves and their aspirations are shaped by their background. However, positive beliefs and high aspirations play an additional and significant role in predicting better A-level outcomes.”

However, male students are still more likely to study university subjects which have been linked to higher earnings, typically science, technology, engineering and maths. Honorary research fellow and Oxford professor of educational psychology Kathy Sylva said, “Earlier reports published by the Sutton Trust show that girls regularly get higher grades at A level. This does not fit easily with the higher earnings of men, compared to women. We have learned that the higher grades of girls has not led ‘automatically’ into higher earnings across the board.”

While the University Press Office declined to comment on the report, Oxford admitted 1,709 boys and 1,507 girls last year, an inverse disparity to that of many other universities.

The Sutton Trust’s report can be found at http://www.suttontrust.com/wp-content/uploads/2016/06/EPPSE-final-Believing-in-Better.pdf 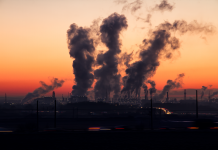