"Jo loved love. Her politics were inspired by love". 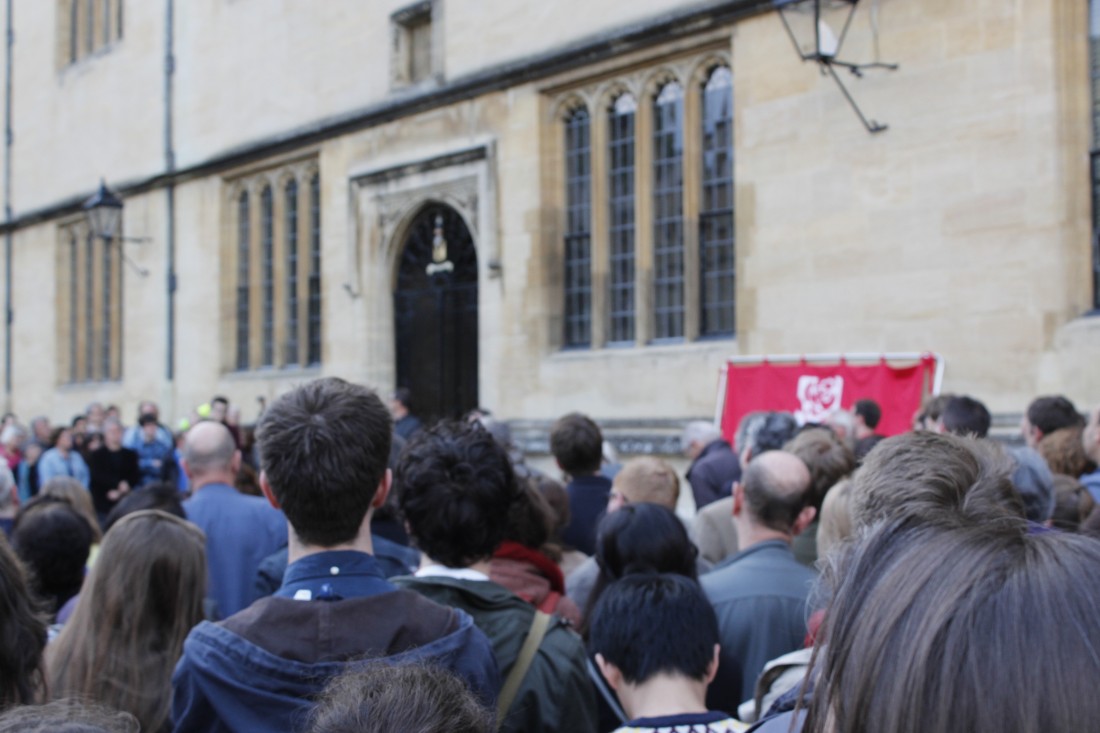 Hundreds of students and townspeople of Oxford stood in a vigil in Radcliffe Square on the 18th June in memory of Jo Cox MP, who was shot and stabbed in her Yorkshire constituency on Thursday.

The vigil, which brought a crowd of around 250 people, was organised in association with Oxford University Labour Club. In a statement, a spokesperson for OULC said that its members were “deeply shocked and saddened” to hear of her death.

She was described as a “hardworking, passionate and dedicated Member of Parliament” who “died whilst doing her public duty”.

Mrs Cox, who was attending a constituency surgery at the time of her attack, was rushed to hospital on Thursday afternoon, where she later died.

Thomas Mair, who was today charged with murder at Westminster Magistrates’ Court, gave his name to the court as “Death to traitors, freedom to Britain”. He was driven away and remanded in custody.

Oxford’s vigil was addressed by speakers from Oxford’s Labour community and members of other political parties, who gave their tribute to her life and work: “Jo was fearless, or at least appeared fearless at the times that it really mattered.”

“Jo loved love. Her politics were inspired by love”.

Speaking at the event, OULC co-Chair David Parton described his reaction of “overwhelming happiness to see the coming together of people at this awful occasion”.

“It means so much to see everyone here, and you can see the community in Radcliffe Square tonight”.

The vigil took place for around thirty minutes, after which a collection was taken.