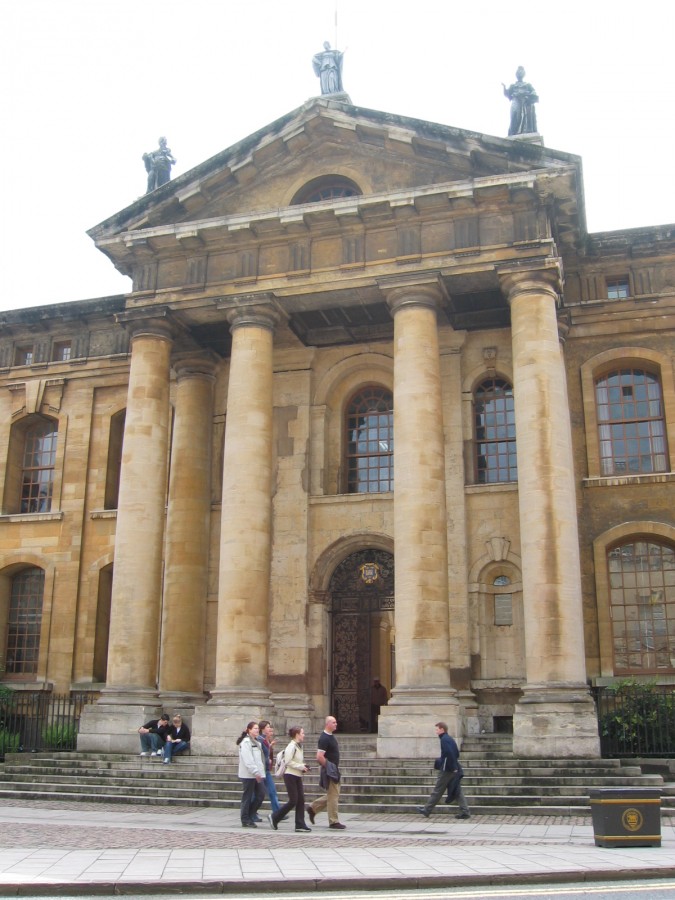 Oxford’s Vice-Chancellor Louise Richardson has moved offices, from a Wellington Square location once described as a “concrete office block that would look more at home in Cold War East Berlin” to Broad Street’s Clarendon Building. University sources have suggested that the change in architectural style may have been a significant motivation for the move.

The Wellington Square offices have housed the administrative staff of Oxford University since 1974, including the Vice-Chancellor, while the Clarendon Building was constructed in 1712-13 for Oxford University Press before it moved to its present Jericho building in the 1830s.

One university source, speaking to the Oxford Mail, commented that the architecture of the Wellington Square offices may well have been a key factor in precipitating the move: “You come to Oxford thinking of the Bodleian and the Sheldonian Theatre but then visitors of the Vice-Chancellor get brought to Wellington Square, which doesn’t look good.”

A university spokesman stated that the reopening of the Weston Library last year meant that the new office space was now available.

He added, “This has allowed the small team which supports the Vice Chancellor to be co-located in the Clarendon Building. Using the traditional location as the Vice-Chancellor’s base, close to the heart of the university and many colleges, also allows the university to receive guests from around the world in a location that showcases the institution’s long history and extraordinary architectural heritage.”