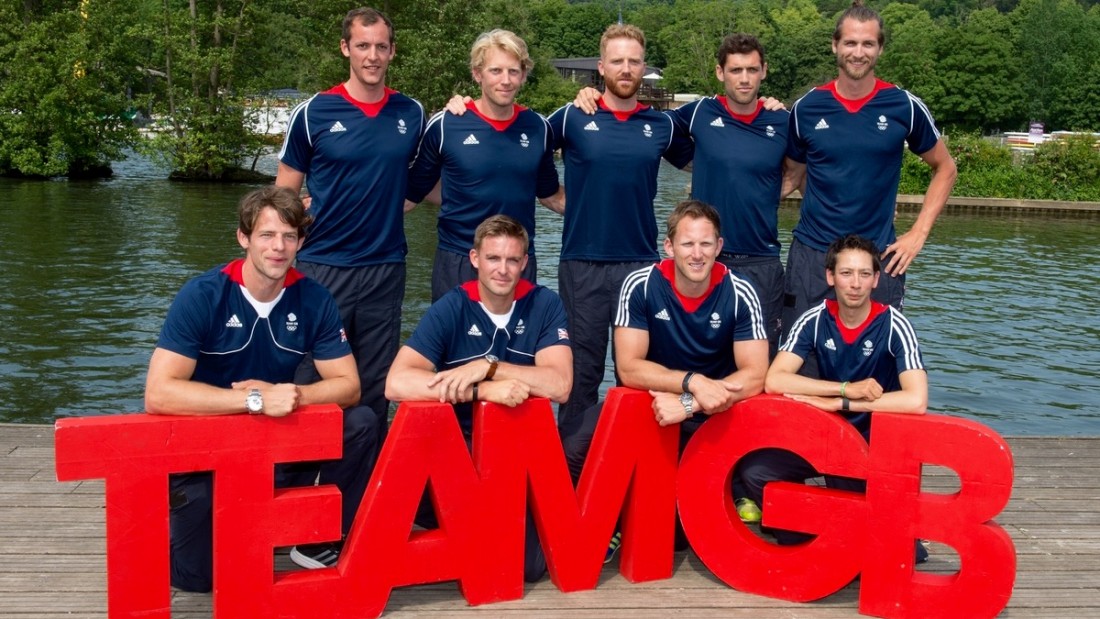 Andrew Triggs-Hodge is a three-time Olympic gold medallist, including the men’s eight in Rio, and is formerly of St Catherine’s College. Constantine Louloudis is a two-time Olympic medallist, including a gold in the coxless four in Rio, and used to go to Trinity College. Both spoke exclusively to Cherwell about their student days, rowing at the highest level, and even had some wise words for anyone thinking about taking to the water.

How did you first get involved in rowing?

Constantine Louloudis: When I was at school, I was a decent swimmer and a decent-ish rugby player, but I’d never really excelled at anything. I got involved in rowing, and initially I kind of thought it was ok, a bit of fun in the summer; then I realised that it was something that if you worked hard at, you could be good at. I really enjoyed being part of a team and doing well and excelling, and seeing the fruits of my labour, seeing that if I worked hard I got better and better. I did it for my last three years at school, and it was a real no-brainer to carry it on when I came to Oxford: it’s such a part of the place, and it’s a really sociable thing to do as well. I got more and more out of it, and just never stopped.

Andrew Triggs-Hodge: I used to play rugby, and enjoyed playing for a club up in Yorkshire: great club, great atmosphere, run by volunteers and well organised. When I went to university, the rugby was just a fun thing for the students, nothing particularly well organised, and I wanted to keep improving my fitness. So I asked a friend after my first year what I should do, and she suggested I rowed, so I went down after Freshers’ Fair and there was a guy there who was enormously enthusiastic. He captivated my imagination about what I could achieve, and the rest is history.

Do you have any favourite memories of university rowing and the early mornings?

CL: The ones that stick out the most are winning the boat races, and they were fantastic. The best thing was that there was a new cohort each year, and so I made a new set of friends each year; I walk away now having done four years at OUBC and having four sets of life-long friends who I’ll meet up with certainly every year for a reunion back at the boat race. Apart from that, there were a lot of hard times as well, but training and sharing the experiences of friends was great.

I’m not really a morning person, but I sort of had to make myself one! In a way it was good for me, because otherwise I might have been one of those people who just languished in bed until ten or eleven and didn’t really get much done, so it was good to get myself out of bed early and get the training done and then get on with work. I didn’t enjoy the morning training, I just had to get it done, but you sort of get accustomed to having the routine and not thinking about it. Having the companionship, having friends doing it with you, that makes it a lot easier.

ATH: I started rowing at Staffordshire University before moving to Oxford, and there we had really early starts, because we used to train about thirty-forty minutes away from where we lived; we used to have to get the minibus over, and that was a real pain. We trained from this tiny little boathouse, which we shared with a local club in North Staffordshire, and them being old gentleman and us being students, we didn’t always see eye-to-eye. But we made the best of what we had, and that was the start of my introduction into club rowing, also the politics, but also the enjoyment of making not very much go a long way. If I could go back there I would!

Oxford was a different kettle of fish completely. It’s a high-performance programme, and it bears the same attitude as the rest of the faculties at Oxford, which are there to deliver the goods. That was a great example of how to build a programme to mould you as a team, and so I got a flavour of a very different angle to the sport. I loved every minute of it, especially the camaraderie. As students, you really buy into it and can find a freedom around it, so whereas we had our professional coaches and brand-new boats, there was still a free attitude about it: what can we make of this, how good can we get it? It was a really nice balance to have, and formed some of my best memories.

CL: I can’t think of any… maybe one or two in a single, which was probably my fault, because I wasn’t looking. I did crash into a crewmate and got a scar in my back, but nothing major.
ATH: We had a lot of fun, but nothing I can remember where it went particularly wrong. There must be something… I’m just an optimist, all those negative memories leave my mind!

What was it like to transition from university to national rowing?

CL: It was kind of gradual, because I’d done juniors, and then at the end of my first summer in Oxford that I made the senior team. I went along to the world championships in 2011 and started to become part of the team, and in 2012 I became full-time and took a year out. That was quite hard, because I didn’t know the team that well. I was also younger than everyone else and the training load was greater, or at least the intensity was higher, and so I got quite a lot of injuries. I didn’t enjoy that first full year at all, but after that baptism by fire it’s been great. I came out for the summers of 2014 and 2015, then went full-time in 2016 again, and by then I was much stronger physically and I know the guys much better, fitted in much better – that was much plainer sailing.

ATH: It is a very different set-up: the coaches at university understood that they’re basically dealing with students, so they had to make compromises around the programme so we can go to lectures, and they had to make some compromises because we were a bit younger, and therefore had a different angle on the sport. If I look at myself now, as a thirty-seven year old, and what some of my peers were like when they started rowing, the GB team is a lot more focused. It’s not a day job, there’s still a lot of passion involved, but it’s a little bit drier, whereas as students, we thrived on the idea of beating our opposition into the ground, being very vocal and passionate about it all.

CL: The water could be really rough, and the schedule of racing was changing every day; that was actually really off-putting, because it meant that six out of seven days we woke up thinking we were going to race. That’s pretty mentally draining, because you’ve got to get yourself up for it when it’s race day, and it affects your sleep the night before. It’s also pretty hard rowing in such rough conditions, and it can have quite a mental effect, because you build up this day in your mind – it’s an Olympic final, it’s all going to be really smooth, and then it ends up being a bit of a s***-show. We dealt with it well, though, and everyone was in the same position; you’ve got to play the hand you’re dealt. It’s worth saying that it was a beautiful venue; it was also right in the heart of the city, where rowing can often be on the outskirts, so I think it was worth the trade-off.

What advice would you give to freshers?

CL: It depends what your ambitions are. If you just want to have fun, then go out with friends and do it as long as you’re enjoying it. Ok, the early mornings out on the river are not always fun in and of themselves, but as a thing to do with friends, look back on and have the odd race, it’s really rewarding whatever level you do it at. I would really encourage people to give it two or three weeks, then assess whether it’s something you really want to do. If you want to be high-performance, try to go to one of the university boat clubs or anything like that, then I’d say be prepared to work hard, and don’t fixate on short-term goals.