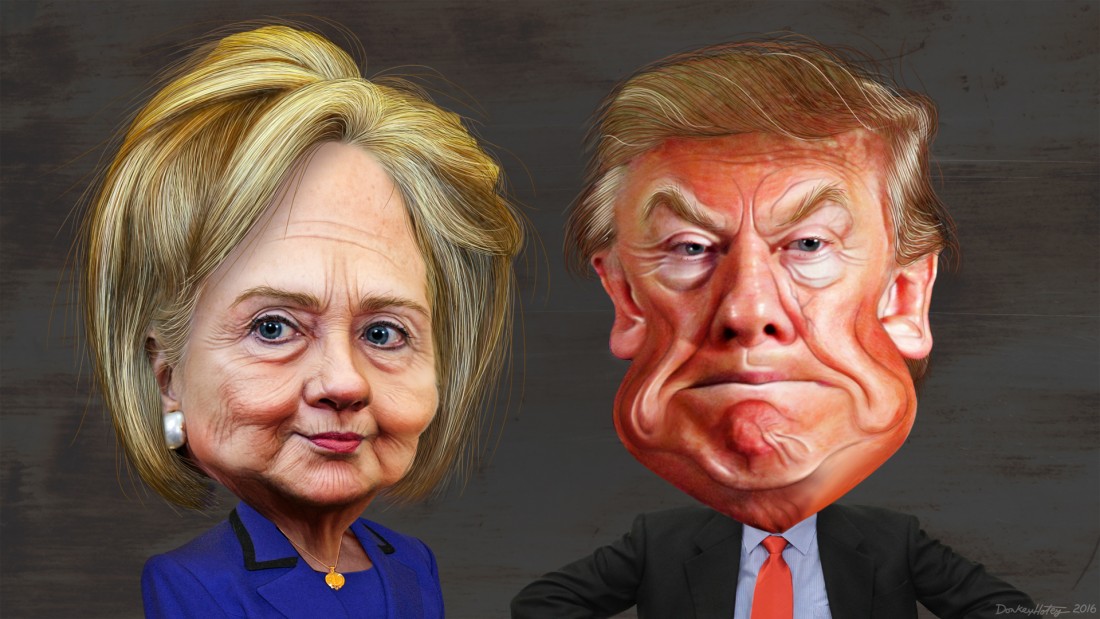 Politics is an unseemly business and is best confined to bumper stickers and articles by Owen Jones, where it can go safely unnoticed. Every so often, though, the political has an unfortunate tendency to stray beyond its natural territory and force itself upon unsuspecting bystanders, like Donald Trump’s tiny, wandering hands.

Many of you will share in my disappointment that the second presidential debate brought a marked change to the thus far temperate and dignified nature of the race for the Whitehouse. Expecting a thorough and respectful examination of policy, what we instead got was a clash so considerable it could really only be viewed properly from space.

Now, I am not, by nature a decisive person; at least I don’t think I am. Yet, even to me, there seems little reason to prolong this election any longer, other than in the hope that it might yet outlive some of the candidates. With a view to speeding up the whole process, and knowing that the Cherwell comment section could well swing the result of this election, I have prepared the following forensic summary of the second debate.

What is a ‘Town Hall’ Debate?

Those of you who are unfamiliar with the set-up of a ‘Town Hall’ debate may have been surprised to find that it takes place in what appears to be a large Crèche for the politically indisposed, run by Anderson Cooper.

Although the setting was novel, the plot passed predictably enough. Trump and Hillary wiled away most of the 90 minutes pacing aimlessly around the stage and directing hysterical pleas into a silent audience like characters in a Samuel Beckett play.

The question-and-answer format is tailored to those for whom more than two minutes worth of information on any given question constitutes a dangerous overload. Though the two moderators frequently discouraged both the candidates from exceeding their time, Trump was heard to complain at one point that it was ‘one on three’; though presumably that is just the kind of encounter he will bragging about next time he hits the locker room with Billy “ninth-most-famous-Bush” Bush.

Who best took advantage of the bar stools?

Hillary’s determination to merely sit on her bar stool was really quite uncreative, and in honesty, may well have cost her my vote. The Donald, on the other hand, used his to full effect: standing behind it as if it were a shield, toying with it suggestively with his chipolata fingers, and wielding it above his head in the final moments of the debate to administer the death blow, or ‘Turbo Trump’, to his opponent.

Who provided the best talking points?

It has come, somewhat inevitably, to the point in the election cycle where all anyone seems able to talk about is pussy, specifically ‘grabbing’ pussy. Here we go again, we all sigh. Will these politicians every give up being so predictable and accept that the public are tired of the same old genital-obsessed rhetoric? Thus it was a welcome relief when Trump threatened to incarcerate Hilary, with just the kind of devilish charm he knows the ladies can’t resist.

Who provided the most effective distractions while their opponent spoke?

The split-screen frame in which the debate is filmed invites the non-speaking participant to use mime in order to undermine their opponent’s argument.

Donald, whose lips appear to both be engaged in a ceaseless competition to become the upper one, is at a clear advantage when it comes to this kind of political diversion. Hillary, on the other hand, focused on demonstrating that bemusement, usually a fleeting sensation, can actually be sustained over a one-and-a-half hour period.

Anyone who actually watched the debate will know there were no winners, only losers.