CherwellIndependent since 1920.
Sport The State of English Management 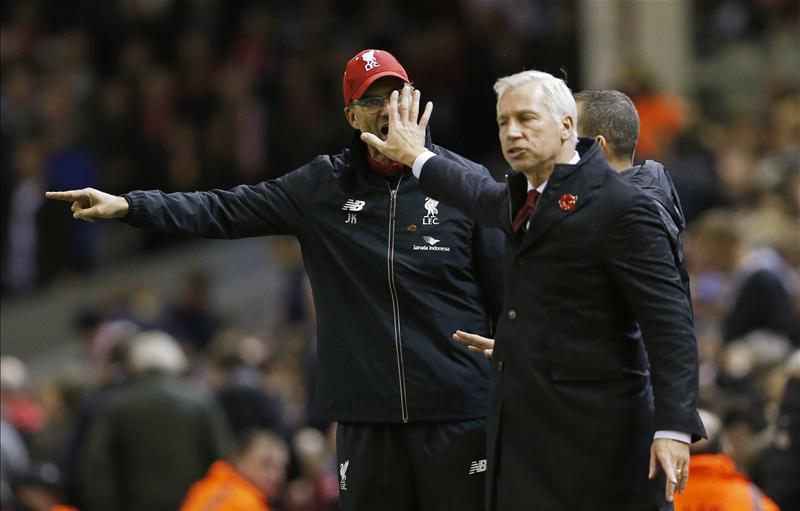 The sacking of Francesco Guidolin, on his birthday, represents somewhat uncommon ground for Swansea City as of late. It is a club that saw its rise from the lowest tier of English professional football through a series of managers well-chosen, given time and patience. Kenny Jackett oversaw promotion into League One back over a decade ago, before Roberto Martinez took the helm for two years, Paulo Sousa for over a year and then Brendan Rodgers’ near two-year stint led Swansea into the promised land of the top flight. Even Garry Monk, a loyal servant to the club but untested as a manager held the post for nearly two years, as did Michael Laudrup before him. Yet, Swansea has seen its latest head coach dismissed after 25 games, but importantly only nine games into the current season.

Even then, one might argue that to sit 17th in the premier league after seven league matches, and to have failed to win at all in all competitions since playing Peterborough in late August might be just cause for the sack. However, this overlooks the fixture list. Swansea have, realistically, suffered one seriously disappointing result this season, that of the 2-0 home defeat to Hull on the second day of the season. Aside from that, their losses had been away to champions Leicester, away to Southampton twice at home to Manchester City, and then again to Liverpool. They even managed a respectable draw against Chelsea in amongst those defeats.

Whilst Swansea’s return has been poor, their fixture list has been mightily unfavourable, and Guidolin might have been looking ahead to upcoming fixtures against Watford, Stoke, Everton and Crystal Palace as far more winnable affairs. It is not, after all, as if Swansea were gunning for the top four last season.

It might just strike some as odd, or at least disappointing, that Swansea have seemingly succumbed to the kind of impatience that has destabilised managerial appointments of late, but it is undoubtedly a well-known trend.

After Arsene Wenger’s 20-year spell, the next longest serving Premier league managers are Eddie Howe and Sean Dyche of Bournemouth and Burnley respectively, each nearing the end of their fourth years in charge. However, there are only six managers who have held their roles in the Premier League for more than two years, and nine who took up their posts within the last twelve months. The Championship makes for even dire reading. Ipswich’s Mick McCarthy and Preston North End’s Simon Grayson are the only managers to have been serving for more than two years; seventeen were installed within the last year.

Yet the picture changes. If one examines the lower tiers of English professional football, the problem remains but to a lesser extent. Between League One and League Two, fifteen managers have held their roles for over two years, almost double that of the top two tiers combined. Seven of the eight longest-serving managers (Arsene Wenger being the exception) in England are from League One or League Two, with all seven having served over four years.

Furthermore, that issue that many have of stifling English talent through the constant hiring of overseas managers becomes less apparent, particularly amongst longer-serving managers, and also in the lower leagues. Amongst the 34 longest serving managers in the four professional leagues of English football, two are Irish (Mick McCarthy and Chris Hughton), two Scottish (Alex Neil and Gary Caldwell), two Welsh (Mark Hughes and Tony Pulis) and three foreign (Frenchman Arsene Wenger, Spaniard Aito Karanka and Argentinian Mauricio Pochettino). The other 25 are all English.

Contrastingly, of the 21 most recently appointed managers, just five are English, with a further five from Scotland, Wales or Northern Ireland. For the statistical aficionados out there, that means a slim majority (25 of 49, but a majority nonetheless) of English football league managers are in the top third or so of managers in terms of time at the helm, whilst almost half (11 of 23) of non-British managers are in the most freshly appointed posts.

Of course, there is no shame or negative to any one team hiring a foreign manager. The issue, as Sam Allardyce drew attention to back in May, then as Sunderland boss and yet to engage in his ill-fated England career, is that the trend is pointing towards a smaller and smaller number of homegrown managers, particularly in the top of English football. This becomes increasingly worrisome when coupled with the fact that no national team has ever won the world cup with a foreign manager, and that the only team to win the European Championship in such a manner was Greek in 2004 with German Otto Rehhagel at the helm.

In the same way that the lack of playing time for English players at the top levels of football would and does hamper the prospects of the national team, so too the lack of opportunities for English managers hampers our choices at the international coaching level – something we are desperate for now more than ever – and our ability to produce our own top managers.

Guidolin’s departure might represent Swansea starting to join the raft of teams at the top of English football burdened by impatience, but it also highlights the increasing desire to look abroad, rather than down to the lower tiers of English football, where plenty of talent is waiting too long to be snatched up.