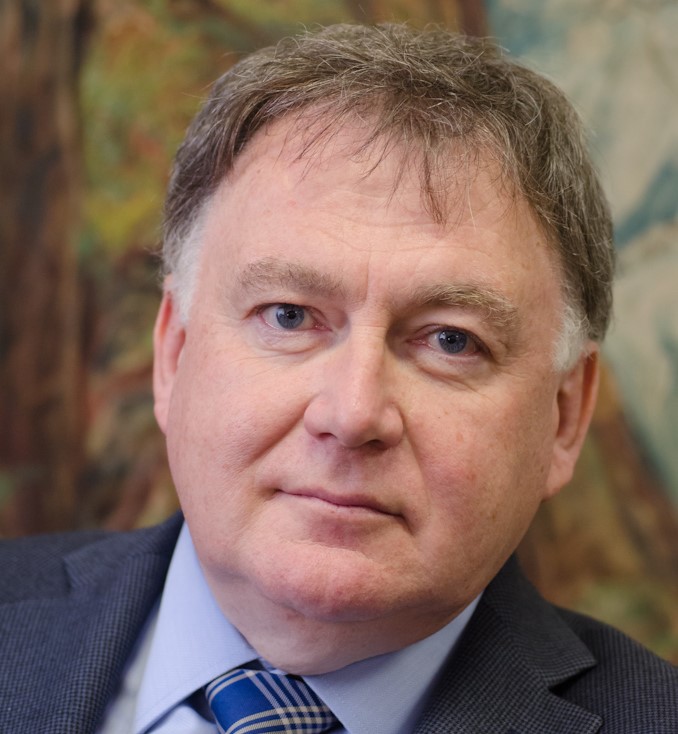 Professor Paul Smith is a palaeontologist and the Director of the Oxford University Museum of Natural History, having worked in and curated many museums in his career. He spoke to Cherwell about his research and the role of the OUMNH.

First a little about your research. What was the Cambrian explosion?

It’s a short period of geological time about 520 million years ago when most of the major groups of animals appear in the fossil record. The more we’ve looked at this interval the more we’ve realised that it’s an event; it’s not that different groups appear gradually through time. By geological standards it is sharp.

Is research into the Cambrian explosion changing?

In recent years we’ve been looking at a new locality. There aren’t too many places that we can go in the world that have the exact time interval with the quality of fossil preservation that we need to look at anatomical detail. One is the Burgess Shale which was found in the early part of the 20th century. The problem is that it slightly post-dates that maximum period of diversification. There’s another locality that’s the right age, very diverse and has wonderful preservation in South China, the Cheng Jiang deposit, but that’s only one locality. A few years ago a third locality turned up in Greenland, only about 500 miles south of the North Pole, so quite a hostile environment, but it has all of those qualities. We can now use geochemistry and standard geological field techniques to really begin to put together a detailed picture of exactly which environment these early ecosystems were located.

Do we know what caused the Cambrian explosion?

It doesn’t take long researching to realise that there are almost as many hypotheses as papers have been written about this event. Everything from enhanced cosmic ray bombardment, through to changes in the genome of these multicellular organisms through to changes in ocean geochemistry and many more. For the most part people are proposing single cause hypotheses within their own discipline—biologists invent genetic mechanisms, geochemists invent geochemical mechanisms, geologists tend to look at bigger-picture geological mechanisms. What relatively few people have done is look at all of these different events and how they work together in a causal chain.

What we think happened is a major sea level rise flooded a piece of the continent that had been weathered for half a billion years so it was rich in detritus that was flushed into the marine system, introducing a lot of nutrients. There’s also a flush of toxins. Calcium, a cell toxin, is noticeably higher at this time in oceans. We think that that utilisation of calcium may have led to the origin of skeletons and shells. Interestingly, we find both predatory tissues (teeth) and defensive tissues (shells) appearing at the exact same time, so it seems this immediately triggered an evolutionary arms race.

A rise in sea level also dramatically increases the habitable area where light can penetrate. The diversity of an ecosystem is directly proportional to the habitable area, so if we’re flooding that continent with warm, shallow water full of nutrients we’re going to increase the carrying capacity. There’s a whole range of events that we can monitor using this site in Greenland.

Why is the Oxford University Museum of Natural History important?

We have a full role in research and teaching at the university, so in that sense we are an academic department. But we’ve got another role in public engagement, where there are two principle aims. One is to create the next generation of people who are interested in the natural environment, capturing their enthusiasm when they’re young and then making sure it’s a lifelong interest by propelling the widest variety of people to choose careers in science.

The other role that’s coming to the fore is that, as a society, we face some really big decisions over the next decade, whether it’s climate change and polar melting of ice caps or whether we should frack, whether we use GM crops. We can inform on these using our collections and can harness university research to tackle them. We’ve launched a series of temporary exhibitions called ‘Contemporary Science in Society’ where we try to address some of these themes. Last year we had ‘Biosense’, an exhibition about 3 types of biological sensing: oxygen sensing and light sensing in animals, and spatial sensing in bacteria. Underpinning all three elements was research into finding new generations of drugs—cancer treatments, jet lag treatments and practices, and new antibiotics.

We bring research that would otherwise be embedded in technical papers to new audiences and let them make their own minds up about the science.