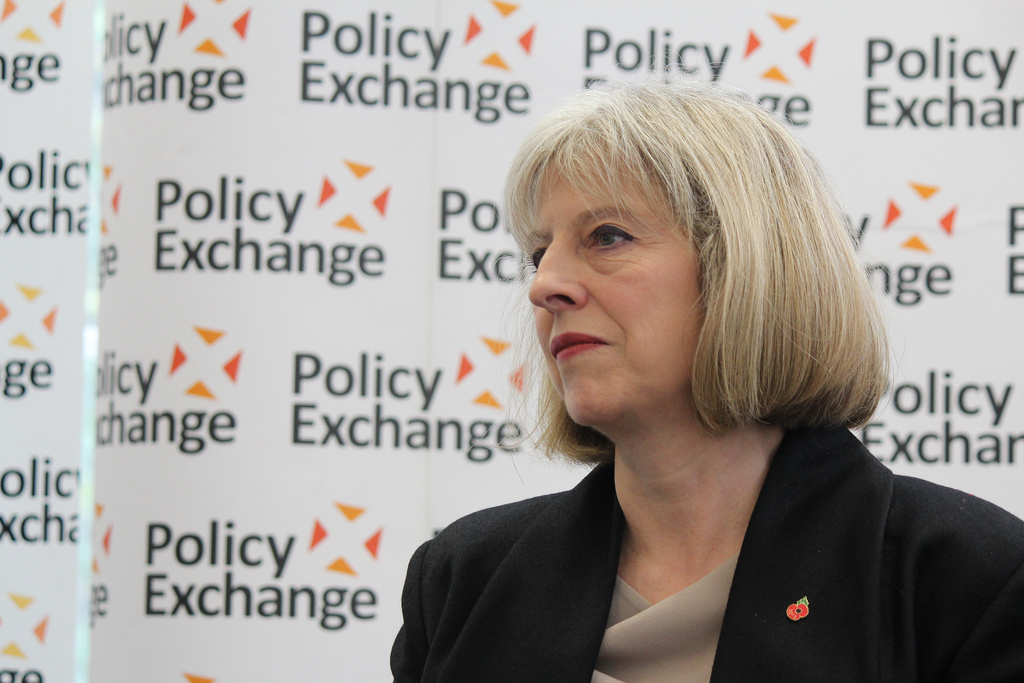 Brexit Britain is coming—and Theresa May’s showboat will bring it. For her first hundred days, our second female Prime Minister has done nothing but show off. This wasn’t exactly expected from the woman who presented herself as the sensible, practical alternative to Andrea Leadsom and her vision of Britain as a Stepfordesque 1950’s idyll. Before her (un)planned rise, Theresa May was that nasty Home Secretary who kept banging on about immigrants. Now she’s joshing with Boris on stage at the Conservative Party conference as though she too were a ‘celebrity politician’—never mind the banter she’s been having with Jeremy at the dispatch box. She’s even got her own Thug Life parodies now. But why the show? Why has boring old Theresa suddenly become such an extravert?

It’s because she hasn’t actually done very much. The first hundred days of any premiership are vital and whilst it may all be smiles and jokes now, yet to come are the cold political realities that our new Prime Minister must confront. She is still in her honeymoon period, bathing in the glow of Corbyn’s ineptitude and the perception that she is the Conservative’s, and the nation’s, unity candidate. But she has won no general election. She has no manifesto to implement. Her entire basis for government appears to rest on the unspeakably grating tautology that ‘Brexit means Brexit’.

Yet, it’s not that she hasn’t been able to do anything. There simply hasn’t been anything to do. Normally, the first months of a new government are its most dynamic, pushing through its most ambitious legislation. After only a week in power New Labour had already given control of interest rates to the Bank of England, one of the cornerstones of that government’s legacy. Yet, apart from Heathrow—a decision which should really have been taken years ago —not one major policy has been agreed upon.

But what about grammar schools, I hear you cry! Whilst grammar schools are indeed a bold policy, they have only been hinted at, with no firm proposals in sight. And I don’t think there ever will be. This is one of the most important facets of our Prime Minister’s newfound showmanship. In creating a national debate of gargantuan proportions May has cleverly distracted the public and the media from the far more pressing and difficult task of Brexit. The Grammar School act of the show will end as suddenly as it started.

Maybe you think I’m being harsh on Theresa. After all these are exceptional circumstances. The PM is simply doing the best she can. And I agree, the circumstances have been exceptional and so too has the Prime Minister’s performance. At the same time as bragging about how quiet, humble and hardworking she is, Theresa May has spun better than Blair, manoeuvred better than Brown, and charmed more than Cameron. In this hyper-normalised, post-truth society, only a politician with such attributes is capable of being Prime Minister. Or at least a politician who can appear to possess them. To judge an administration merely by its policy success would be like choosing a car solely on how efficient its engine was. Important but at first of little concern. In her cabinet appointments, like any good salesman she garnished the car with exciting extras.

Causing controversy when there was no need, again to draw attention away from Brexit. By sharing the stage with Boris and his Band of Brexiteers she not only created another useful distraction but provided the ideal supporting act for The Theresa May Show. May can brag about giving the Brexit audience what it wants and reap the rewards from this group’s capacity to exhilarate some her less-enthusiastic supporters. All the while, this potentially difficult but gaff-prone bunch of MPs could commit an act of political suicide at any moment. By putting them in the cabinet the Prime Minister has given them all the rope they need to do just that.

This gives her the room to appeal to the centre, which she did with aplomb in her speech on the steps of Downing Street, transforming her public perception. Thanks largely to the significant shift in tone the speech represented. “The government I lead will be driven, not by the interest of the privileged few but by yours.” She continually showed off about how she understood the anxieties of normal people unlike other politicians. Yet these boasts, these changes in persona are all part the show. Like the best performers, Mrs. May’s true personality remains hidden from view. We knew what Brown, Blair and Cameron were like. But even after a hundred days under the media spotlight we still know remarkably little about Theresa May.

But sooner or later the tough decisions will have to be made. No amount of jokes, gusto and spin can cover up the difficulties that will follow. It’s true that a Prime Minister should not immediately be judged by what her government does. Yet in the annuls of history this is all anyone will care about. During her first hundred days Theresa May has given a strong performance, enabled by her supreme confidence.

But as with the car, you can only know what it’s really like under the glossy exterior after driving it for a few years. I think the same will be true of the thus far slick and capable Prime Minister. In years to come, we might reflect on May’s first 100 days as an insubstantial period: one barren of policy, and unfocused on the issues that matter.