A night at the clubs: Two Doors Down @ The Cellar 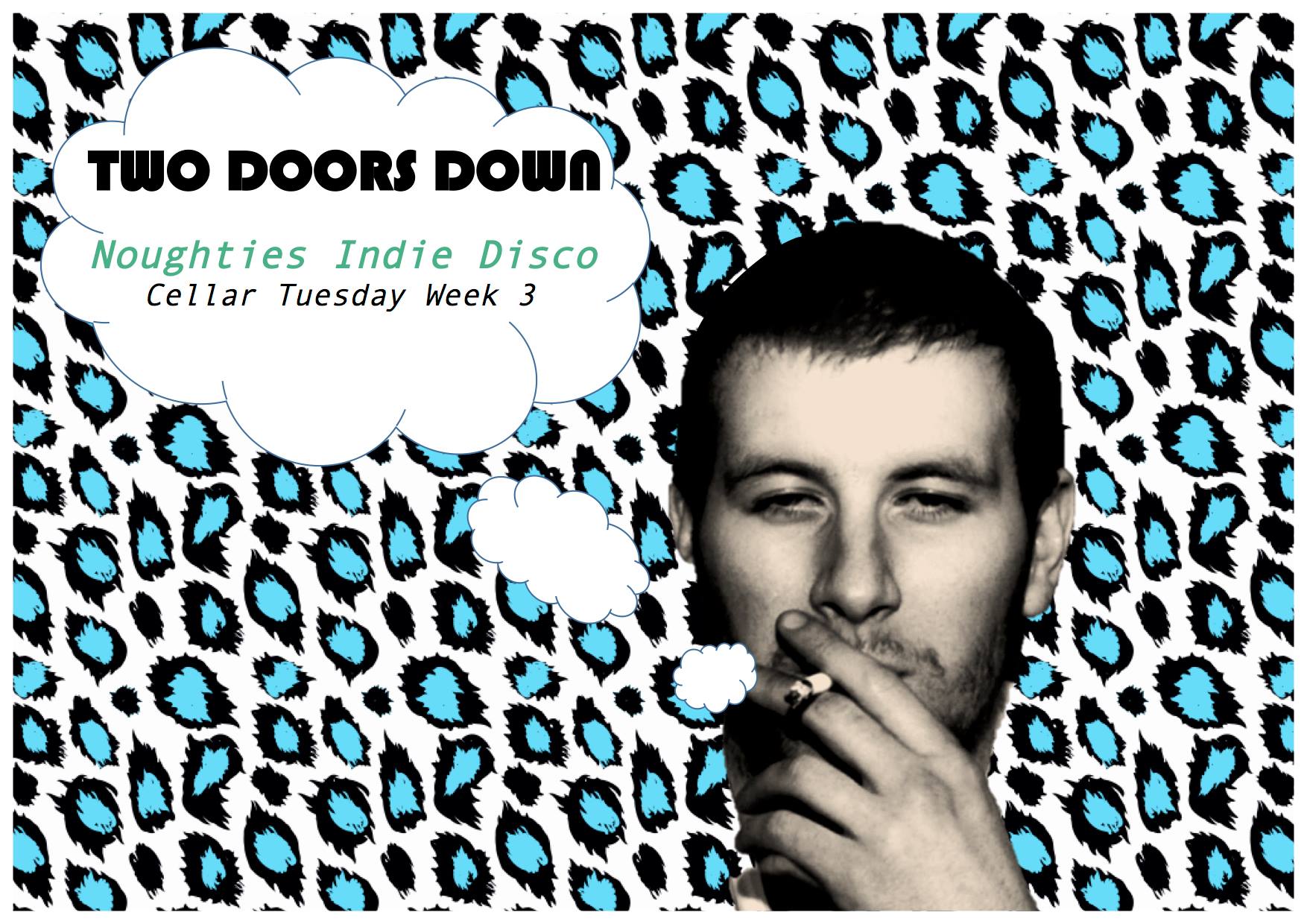 As the rowdy dregs of a Catz crewdate spill out onto the well-lit High Street, the unfamiliar strains of angsty guitar riffs angrily burst from the Cellar dancefloor. Last Tuesday’s TWO DOORS DOWN Presents Two Doors Down promised a hedonistic night of noughties indie rock and delivered quite spectacularly. Over the course of the night a perfect mix of genuinely indie tunes gave way to the soundtracks of many a misspent childhood. The coating of sweat on clothes, foreheads and the Cellar ceiling pays true testament to the ecstasy of the night. Dancers, knowing that chances to bop to some indie rock are far from ten-a-penny in Oxford, stayed out til the early hours of the morning hurling their bodies around to ‘When The Sun Goes Down’.

Any doubts about the music I had were put to bed when I heard the opening chords of ‘Last Nite’ and saw the Wadham-heavy crowd surge with immediate recognition, signalling the beginning of the night’s best set. From one til two in the morning the pacey beats of ‘Take Me Out’, ‘Someday’, and (a new favourite) ‘Radar Detector’ by Darwin Deez hurtled from the heavy-set speakers. The DJing was minimal (why mess with perfection?) and the sober crowd thanked the lanky music-mixers for it with their raucous appreciation at the end of every sweaty set. As the early morning rocked its way to 3am, the night faded its final chords to a close and turned bodies rinsed with sweat out onto the cold and sombre street. Survivors could be heard eulogising the night as they wound their way back to the austere walls of their colleges. The verdict was unanimous: nights as good as Two Doors Down are few and far between in Oxford.