I am absolutely certain that the Marvel logo gets longer with each new film from the Marvel Cinematic Universe (MCU). Back when Iron Man first came out in 2008, it was on screen for five, maybe ten seconds — but Doctor Strange , the 14th entry into the MCU, announces itself with the most grandiose, operatic Marvel logo you can possibly imagine. It runs through their most famous characters from The Avengers to the Guardians of the Galaxy , as if to say: “Hey, remember these superhero movies you really like? We made those, so don’t worry: you’re in safe hands!”

Doctor Strange is, however, definitely distinguished from the other Marvel films simply by fully embracing the madcap weirdness of the magic side of the Marvel universe. If you’re worried about needing tons of backstory before going in, don’t be—compared to Captain America: Civil War earlier this year, Doctor Strange is very light on Marvel connections. Aside from the odd mention of the Avengers and a couple of shots of the Avenger’s Tower, only the first end credits scene really ties the film into the larger universe, so it’s very easy to watch as a standalone film.

I never like recommending a film based on the visuals alone (because otherwise we’d all hold up the Transformers series as masterpieces of filmmaking) but the visuals of this film honestly have to be seen to be believed. It is rare that the phrase “jaw-dropping” is used literally, but on an enormous screen, some of the more surreal sequences had me catching flies in my mouth. Even apart from those, the production and costume design are outstanding, and the visualisation of magic is really interestingly done—certainly a lot more physical than the “point-and-squint” wandwork in the Harry Potter series.

The cast is on top form, too. One of my main worries going in, surprisingly enough, was Benedict Cumberbatch as Strange. His American accent seemed a bit shaky in the trailers, but his performance absolutely anchors the film and creates pathos where many actors would only irritate the audience.

It’s a touch too close to his portrayal of Sherlock at times, but they’re both enormously arrogant, immensely intelligent masters of their fields, so it’s a forgivable similarity. Elsewhere, Tilda Swinton turns in a fantastic performance as The Ancient One, Chiwetel Ejiofor is reliably brilliant in a significant supporting role, and Mads Mikkelsen makes a more interesting villain than many in the Marvel pantheon.

The only issues with the film are pretty minor, to be honest; structurally, it’s very similar to Iron Man 1 and Ant-Man , and Marvel’s trademark sense of humour undercuts what ought to be many of the film’s best moments. The punch-based fight sequences are shot pretty badly too, with the camera far too close to the action for you to really get an idea of whats going on—but then the action reverts to citybending, mind-warping craziness of such visual inventiveness and breathtaking spectacle that by the time the third act sweeps in and starts messing about with time, you can’t help but grin at the sheer wonder of what’s happening on the screen in front of you.

After a string of high-profile failures in the comic book movie genre this year (ahem Batman v s Superman , ahem ahem Suicide Squad ), it was such a relief to sit down to a movie that’s actually pretty damn good for a change. This is honestly the most purely fun film to come out this year—find the biggest screen you can and don’t miss this one. 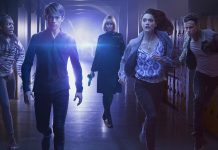 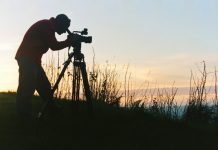 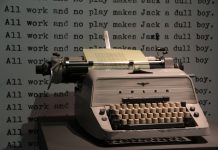 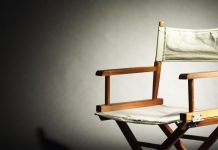