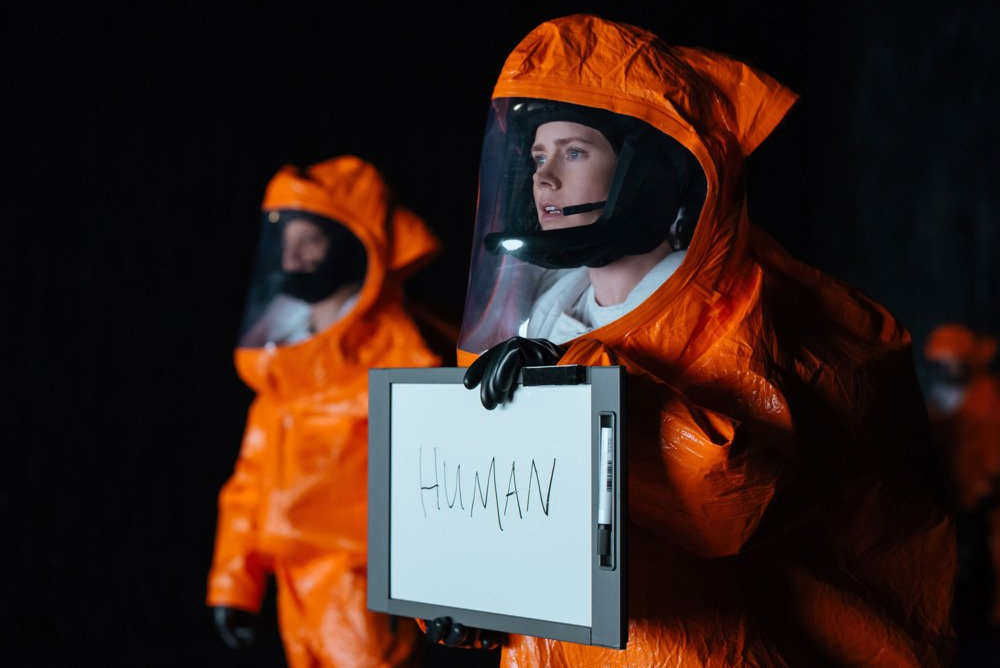 Attempting to talk about this ﬁlm without speaking entirely in superlatives is pretty tricky. Sufﬁce it to say that Arrival is, right now, the best ﬁlm of the year—and given that the year is nearly over, that’s high praise indeed.

The story follows Amy Adams as Louise Banks, a doctor of linguistics who is drafted by the army to help humans communicate with alien crafts which have arrived on Earth. Like the best of science-ﬁction, this premise functions as a backdrop for an intensely emotional and human story, a prism through which to examine the human condition.

This is the rare ﬁlm which feels like everything has sprung from a singular vision. The score, the sound design, the production design and the cinematography come together seamlessly to communicate the story. The visionary in question is Denis Villeneuve, whose previous ﬁlms include Prisoners and Sicario . If you’ve seen either of those ﬁlms, you’ll know how brilliantly Villeneuve crafts tension, and Arrival is no exception.

The alien ships are worth singling out—Villeneuve holds oﬀ  from showing them until it really matters, and the ethereal, otherworldly ﬁrst look is breathtaking and achingly beautiful.

Adams and Jeremy Renner do some careerbest work anchoring this ﬁlm, giving subtle and understated performances that ﬁt with the ﬁlms muted, earnest aesthetic. Adams, in particular, surely has her Oscar nomination in the bag, giving a performance that’s both stoic and vulnerable in equal measure.

The ﬁlm’s screenplay displays a similarly beguiling mode of “doublethink”, balancing the compelling, small-scale human drama with the global ramiﬁ cations of the story. Much of the plot hinges on incredibly complicated neurolinguistic ideas, and the screenplay anchors these in intellectually and emotionally engaging ways.

One of the key ways it does this is with strong characterisation, demonstrated right from the emotionally devastating opening. The narration in this ﬁrst scene jars slightly, but it makes total sense once the ﬁlm is underway as it brings the viewer neatly into the melancholy realism the ﬁlm occupies.

The ﬁnal act is worth touching on. The ﬁlm has a lot to say about the nature of language and communication, dealing with some quite complex ideas in extremely accessible ways.

That said, the ﬁlm takes a giant narrative leap toward the end, aiming for some truly cosmic ideas. For my money, it just about stuck the landing. Though for others, I can see it being met with some eyebrow raises. But the unpredictability of the narrative was a rare treat in an increasingly formulaic cinematic landscape, and I can guarantee you’ll be talking about the ﬁlm for days afterwards.

I saw the ﬁlm just days after the results of the US election were announced. It was a week where it felt like no one was doing anything but screaming at each other. Arrival was the perfect antidote—a reminder that our shared humanity unites us far more than any diﬀerences of opinion divide us. A ﬁlm that highlights the importance of communication and cooperation is exactly what the world needs.