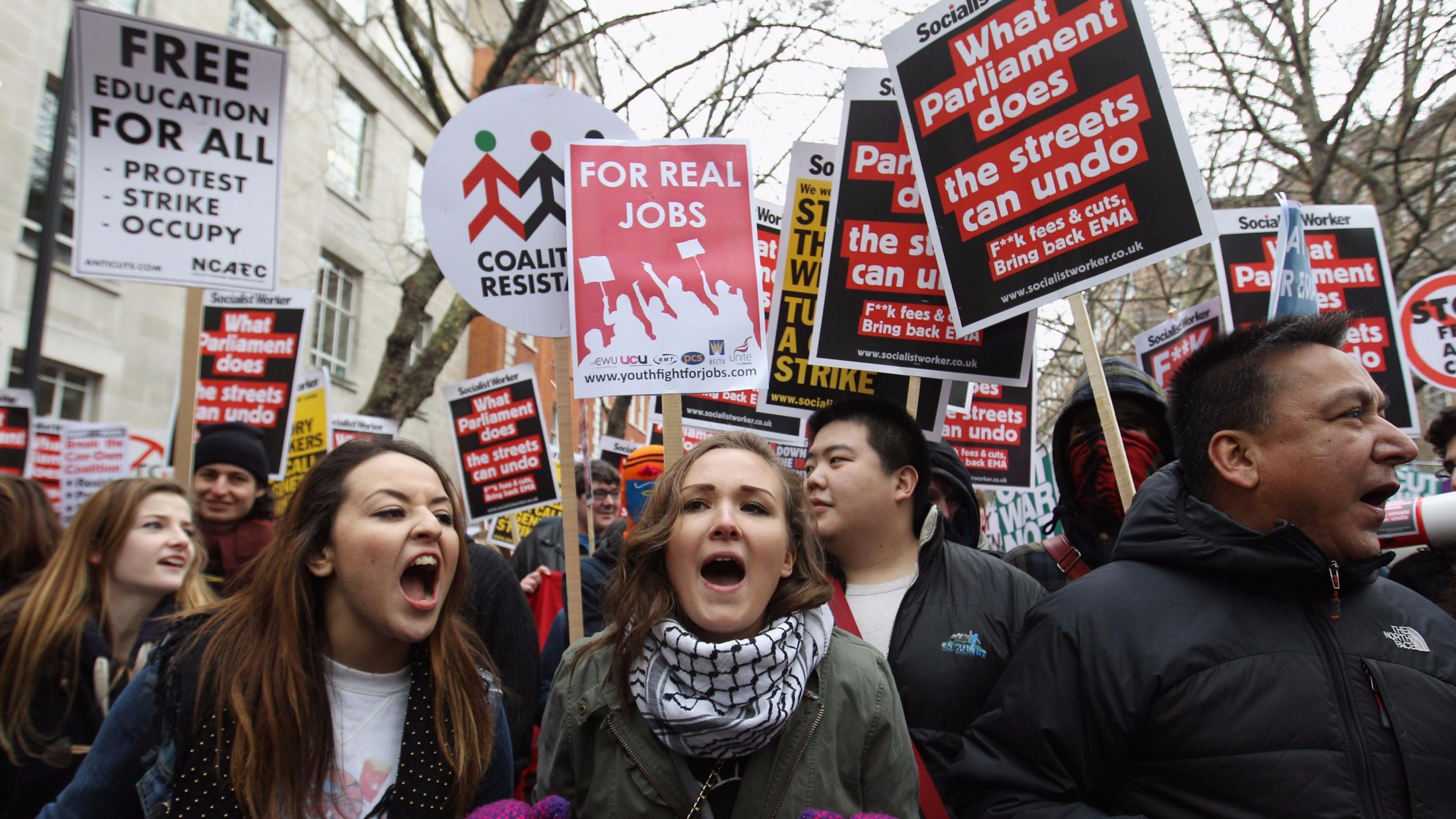 OUSU have funded lecturers and students to protest in central London against proposed Higher Education Bill.

Organised by the NUS, students 15,000 took part in a protest on Saturday in London against the Higher Education Bill proposed by the British government. Protestors held signs saying “You can’t spell HE Bill without hell” and “Value my mind not my bank account.”

The Bill, proposed in 2015, plans to increase tuition fees in correspondence to inflation from 2017 onwards. It will create new university league tables based on teaching quality which will allow some universities to raise tuition fees higher than others.

This could raise fees from £9,000 to £9,250 per year. Malia Bouattia, NUS President, called this new proposed Bill an “ideologically led market experiment.”

OUSU commented, “We believe that Oxford students should have their voices heard on a national platform and we aim to facilitate the engagement of our students’ voices with issues of national policy wherever we can.”

Balliol, St John’s and Pembroke JCR have also expressed their opposition to the Bill to increase university fees. The Balliol motion called the university’s decision to participate in the Bill as “detrimental to access.” Pembroke JCR donated also £100 towards coaches to take students to Saturday’s protest.

After originally expressing an intention to increase fees for all students, the University of Oxford have decided not to raise tuition fees for students enrolled before 2016. This decision came after OUSU posted a video in September, calling the bill “outrageously unfair” and urged students to sign petitions and pass motions in JCRs.

However, the university have not opposed the increase in fees for students enrolling from the year commencing 2016. Financial models have estimated that some intuitions can charge up to £12,000 a year by 2026 should this Bill pass. OUSU expressed that the initial £250 increase is “a small step on a slippery slope.” The Bill passed by a majority in Commons on Monday.

Sean O’Neill, PPEist at Hertford, was a protestor, told Cherwell, “We need to defend education however we can, in the face of a government which won’t put our students and academics first.

“This is clearly an issue that negatively affects students and the future of our university; OUSU needs to be there to represent us.”