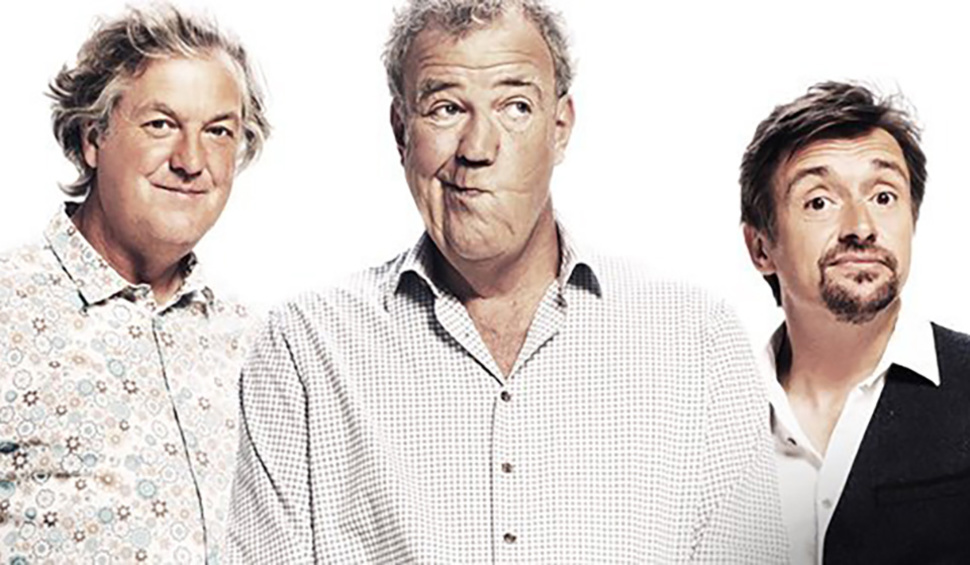 After three false starts, Top Gear is back – just under its new name, The Grand Tour. As every episode starts in the studio – or tent now due to legal reasons – this is where we must begin too, and it did not get off to a promising start.

The ‘fight’ scene with the audience in episode one was simply not funny. It was too scripted and dragged on for twice as long as it should have. Perhaps some viewers do crave this kind of humour, especially the American audience, however it is not the trio at their best. Their best is the off-the-cuff, self-deprecating, and dry humour that was the hallmark of the ‘news’ segment of Top Gear.

‘Conversation Street’ – its new name – has finally got back to this in episode four. Clarkson’s sly dig at Chris Evans for “trying hard but making a hash of it” is the perfect example – even if I did initially take it as a dig at Hammond’s new beard, an equally justifiable insult. It is quips like this that make the show unique. Therefore, I sincerely hope they do not revert to the style of episode one, in particular, for the rest of the series. Time will tell whether they do.

Disappointingly, the replacement of The Stig with ‘The American’ has proved to be a complete failure. The joke that he finds everything non-American to be “communist” was moderately funny the first time but after the 700th time? Not so much. He fills the rest of his roll with one-liners while testing cars on the new track. I am yet to hear a funny one. Clarkson’s reaction to the jokes, that interrupt his commentary of the lap, is usually that of disdain – and rightly so. Perhaps this is the comedy they are going for; if it is I’m afraid it doesn’t work. ‘The American’ needs replacing.

Luckily the test track sequences do not make or break the show, that role belongs to the films. Here, after three episodes of finding their feet, they have finally nailed it.

Episode one was very much car based. Probably a statement that despite all the money – £4.5 million per show to be exact, four times the budget of Top Gear – this is still a car show. It was still funny at times even if it was potentially less appealing to the casual viewer, a risk with it being the first show but it wasn’t a failure.

The second episode was like nothing we’d seen before on Top Gear. In fact, nothing we have ever seen before anywhere really. An almost hour long sequence, completely scripted, about rescuing the queen from a fake terrorist organisation. Can’t see the car link? Neither could they. It was an experiment worth doing but one that probably shouldn’t be repeated.

Episode three undertook a grand tour of Italy, reminiscent of the Top Gear of the past. However, there was one big issue. There were no challenges. Therefore, the trio had to make the comedy up themselves, not just let the usual chaos unfold. Hammond played the clown, doing a series of doughnuts in some of the most historic locations in Italy. This can be put down as another fairly unsuccessful experiment, but again not a complete failure.

So, it took four weeks, but with the fourth outing of The Grand Tour they finally got the perfect mix. Who would have guessed it would be the standard Top Gear ‘How Hard Can It Be?’ challenge? The scripting was subtle and you got the impression that many of the presenter’s laughs were genuine. That is what the trio, under whatever name, has always been about and what audiences love. Utter chaos, childish banter, and complete failure. I would suggest they don’t need to script that, it is just who they are, and long may that continue.