The University of Oxford was built up around a system of colleges and halls through the influence of the many Christian orders that made the city their intellectual home. The rich Christian tradition has influenced the way the university is run, and it would undoubtedly fail to be the academic behemoth it is today without the resources and influence of the Christian religion during its formative years.

As a nation today however, religion has seen somewhat of a retreat into the private sphere from the public. I for one welcome this change of attitudes. As the UK has opened its doors and become more diverse, we are open and broadly welcoming to non-Christian religion and atheism. It is vital we continue to welcome people of all faiths and none.

Despite society’s increasing secularisation, Christianity still permeates into Ox­ford life. Grace, for example, is spoken at the majority of college formals, and is seldom open to interpretation.

The buildings our lives are structured around at Oxford—where we eat, study, socialise and sleep—were built to provide a religious education for some, but not all. The architecture of the ubiquitous college chapel serves as a daily reminder of this fact. Some college chapels seem designed deliberately to instil a fear of God into passers-by. All of this helps to create a sense of unease—this university was not originally intended for non-Christians.

Every day the increasingly diverse student body must live alongside the mani­festations of a religion which long fought to exclude women and LGBTQ+ people from higher religious office, and in some de­nominations does not allow gay marriage.

In recent years there have been some ef­forts to remedy the overt Christian bias in subjects such as Theology, where Christian religion is no longer a compulsory paper for FHS studies. This is certainly a start.

However, in the theoretical world that this column explores, I wish to see what architectural difference a college designed to reflect other religious traditions would make in an academic setting designed to be welcoming to everyone from the get-go. 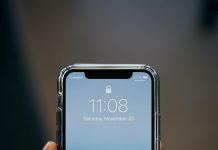