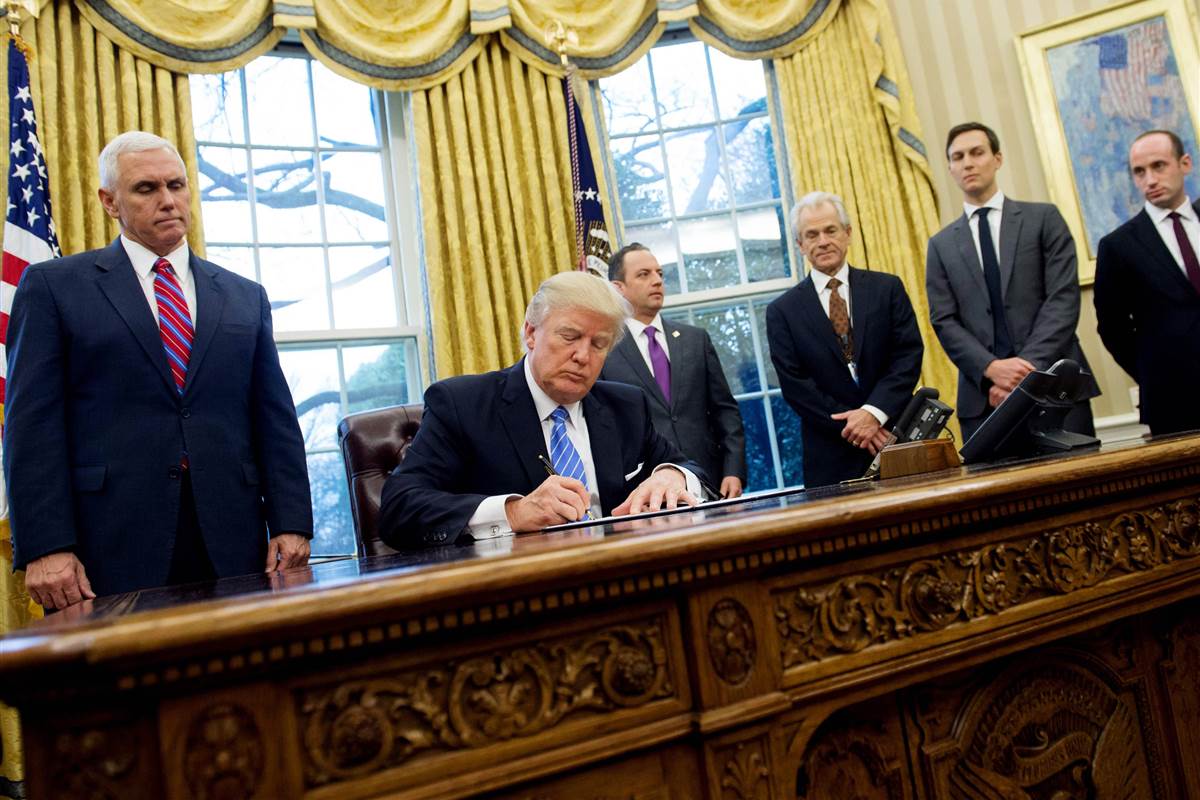 Daniel Kodsi
Hi, I am Chairman of OSPL, Cherwell's publishing house. I was editor during Michaelmas 2016. I read Philosophy, Politics and Economics (PPE) at Balliol College and can be reached at [email protected]
27th January 2017

I would like to suggest that the worst thing about Donald Trump is not, in fact, that he lies.

This might seem obvious—after all, the man has committed sexual assault—but I suspect that if someone were to wake from a coma and check the news, their first reaction would be: ‘Wait, so what is all this about “Alternative Facts”?’ Consider the New York Times’ simply incisive Wednesday news analysis. It begins with the claim that ‘Words matter’. It continues for some 1,300 words discussing the merits of the Times’ decision to call something Trump said an outright lie (spoiler: it was the right decision!) before concluding, again, that ‘words matter’.

Now, taken alone, some self-congratulatory puff from the so-called paper of record might be relatively innocuous. But this is not an isolated incident. Both on social media and in print, the cumulative word count dedicated to pointing out The Donald and his administration’s various untruths is threatening to overwhelm at the very least my ability to process everything else that has been unfolding over the last week. And it seems that people (pardon the generality) have come to the conclusion that pointing out Donald’s lies is in some way a substitute for actually objecting to his policies.

Very often, even, defending ‘the truth’ is posited as the overriding mandate of the press. Charles Blow—who is funnily enough one of the least offensive of the Times’ tenured columnists—asked us Thursday ‘without truth, what’s left?’ Oh! I know this one! How about… our lives, happiness, prosperity, comfort, families, jobs, and homes? All of which, for people across the world, are in actual danger as the Republican Party plumbs new depths of extremism and callousness.

Of course, truth is important. It is important in itself, for all sorts of reasons which I have neither the space nor ability to cash out in this column. But defending the truth does not consist solely in the exercise of pointing out when the other guy lies. It is more than explaining in excruciating details that alternative facts are not facts and what the real facts are. It also includes reporting that which isn’t known. The pursuit of knowledge would be a poor enterprise if all that it meant was defending that which is clearly true—which is why that’s not what it is. It is also reporting those truths which are not readily accessible or immediately clear. And it means spreading knowledge, educating those who wish to know. In other words, there is more to honest journalism than pointing out that some of the things Donald Trump says are false. Very often, the true things he says are more important—and defending the truth means bringing attention to those as well, even if that’s not quite as fun.

Because there are some prior questions to consider as well. Such as: who cares about the size of Donald Trump’s inauguration? I don’t. I don’t even think a small crowd means he’s unpopular: it remains, however upsettingly, true that 63 million people voted for him, the great majority of who continue to be over the moon about his election. I don’t care that Trump keeps insisting upon voter fraud, or even that he hasn’t released his tax returns. He is President. None of that matters.

Instead, what matters is that his administration has reinstated the global gag rule on abortion. That it has announced planned funding cuts to the Violence Against Women Act, National Endowments for the Humanities and Arts, Civil Rights Division of the Department of Justice, and UN Intergovernmental Panel on Climate Change. That Betsy DeVos, the Education Secretary appointee who doesn’t believe in public education, Scott Pruitt, the would-be EPA Director who denies man-made climate change, and Rick Perry, the Energy Secretary candidate who once wanted to abolish the Department of Energy, are literally days away from receiving Senate approval. That Donald Trump has signed executive orders approving the Keystone and Dakota Access pipelines and restricting immigration from several Muslim-majority countries.

I understand the satisfaction of pointing out obvious lies—and also how annoying it is for someone who is wrong to keep insisting he is right. Obvious lies are also easy to prove false, which is my guess for why the ever-sensationalist and lazy media keeps harping on them. But obvious lies, because they are obvious, are not worth our—liberals and progressives—time and energy. Let Donald have his million-strong crowd size and popular vote election victory. There are more pernicious forces afoot. If we are to successfully defend the progress of the Obama Presidency, we’ll have to start emphasising the truths that really matter.