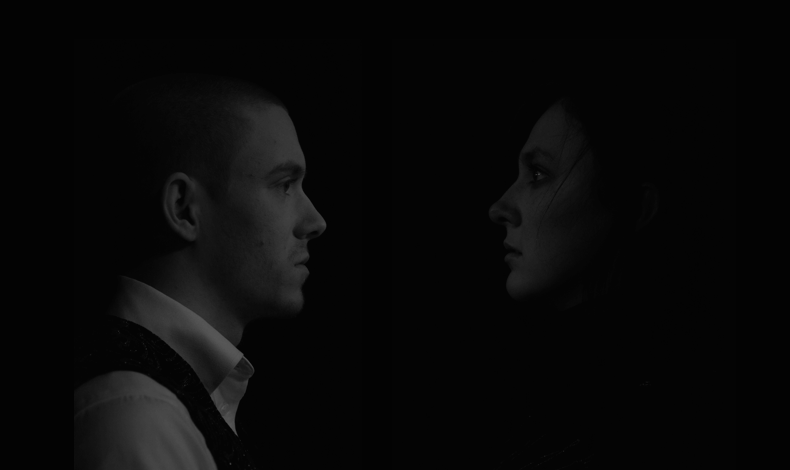 You won’t have to be an expert on Beckett to be enraptured by this combination of plays directed by Beatrix Grant, Krapp’s Last Tape and Rockaby (performed at the Burton Taylor Studio 21st-25th February). These compelling portraits of human seclusion and the power of voice are sure to be heartrending for all.

In the more famous play of the two, the old man Krapp records himself and re-listens to tapes about his life endlessly: his recorded voice serves as another actor on stage, and his reactions demonstrate the distortive power of retrospect. Krapp shifts from violent anger to benevolent amusement, from regret to outbursts of song, searching for the ever-elusive question of whether he was ever happy. His moods and outlooks quickly range over great distances throughout Beckett’s lyrical monologues, even as the character never strays beyond his small room.

Rockaby is far less well-known, but its conceit captures that same sense of range in speech and limited physical movement. The voice here accompanies a constant rocking of the central old woman’s chair, as she maintains mechanical back-and-forth and looks at her neighbours’ closed blinds. Just as trapped in the past as Krapp, the woman listens to a sing-song voice that moves from comforting nursery rhymes to taunting reminders of her past.

Both of these characters are supposed to be far older than the performers, Christopher Page and Natalie Woodward. The themes of isolation, and of language shaping our outlook on the past, however, should resonate just as strongly with a younger generation; the strength of the actors will pull an audience into the reality of a regretful older perspective as well. Page in particular creates an incredibly vivid character through a gravelly Irish accent, and a shade of bitterness that’s implicit even in his joyful moments. Neither he, nor Woodward shy away from uncomfortable silence or the difficulty of acting opposite only a recording, and the effects of both in the Burton Taylor Studio are sure to be compelling. Woodward’s wide-eyed gaze is especially hard to look away from, as the misery of her situation becomes clearer and clearer.

These plays have never appeared in this combination before, but as Grant explained to me, they are both character studies of severe isolation. By pairing the two, their loneliness appears starker, as they share the same experience but can never interact. Everything down to the sound design is intended to immerse the audience in the characters’ minds: the voice recordings in Rockaby surround the audience as though they are hearing the taunting voice inside their own minds.

In a small space like the Burton-Taylor, these one-character plays may seem claustrophobically intense to some audience members but it will be an incredibly thought-provoking evening, if not always a comfortable one. The poetry of the language, the affecting talent of the two actors and the sheer force of pairing minimalist staging with painting whole lives in retrospect; all of these together ensure a powerful night of Beckett if you think you can handle it. The anticipatory buzz around this production is well-earned.