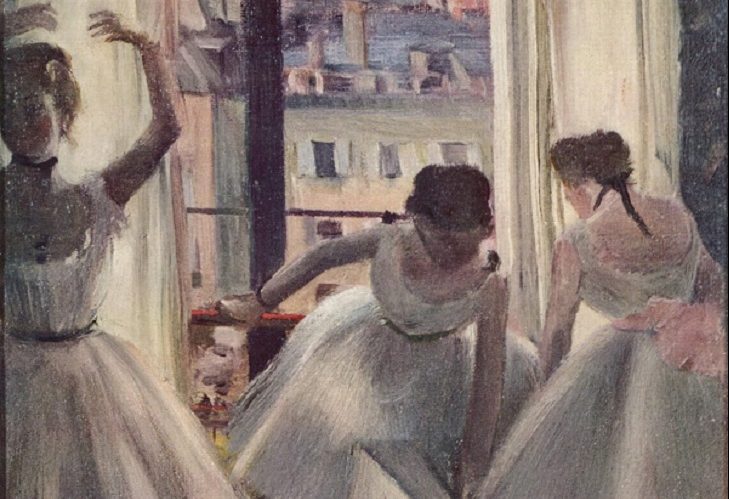 The Special Exhibition gallery in the Ashmolean is a significant space. Last year it housed over a hundred pieces by Andy Warhol, in an important exhibition that marked the first time many of the works had been exhibited in public. Yet, whilst significant, it is by no means an enormous space, especially if an exhibition attempts to span almost 200 years—as Degas to Picasso does. Any attempt at providing an all-inclusive overview of French art in this enormous period would have been futile.

Thankfully, the exhibition does not attempt this. There is no glamorous, instantly-recognisable centre-piece. The range of artists is broad, as the exhibition approaches French modernism as a revolutionary desire which bore markedly different reactions from its many proponents.

The three large rooms which comprise the exhibition are generally (though not strictly) chronological, beginning with the French Revolution and finishing up in the latter-half of the twentieth century. For an exhibition on modernism, beginning in 1789 may seem risibly illogical: modernism is a prodigiously nebulous term, yet people generally agree that it was a child of the fin de siècle.

But beginning here sets up the rebellious desire which would come to characterise not only the end of the eighteenth century, but also the nineteenth: there would be two more rebellions, one in 1830 and another 1848. The exhibition uses this as a frame to view the various challenges to convention which would define modernism in the late nineteenth and early twentieth century.

Starting early also allows for an exploration of the Academy, an institution which largely dictated a French artist’s success between the seventeenth and early twentieth centuries. The first part of the exhibition whizzes through artists creating art in this Academy context, looking particularly at responses to the three revolutions. The artworks are all hung on one long wall, a smart curatorial decision which physically manifests them as a sort of timeline that one walks along.

There is a preoccupation, throughout the exhibition, both on the human form and on the classical demands of the Academy. In ‘La Toilette’ (1862), Manet takes the idealised composition of an older work (‘Surprised Nymph’) and shifts it onto a domestic view of his mistress. The result is juxtaposed in tone, with its tongue firmly planted in its cheek. Whilst Manet has numerous works which are more overtly politicised, ‘La Toilette’ reformulates convention in its own, more subtle way.

Degas battles with both the human form and convention. Once remarking: “No art is less spontaneous than mine”, he repeats the same forms over and over, obsessively, making miniscule adjustments with each new iteration. For instance, in ‘Nude Woman Standing at her Toilette’ (1891), the background gradually fades away so that the focus falls solely on the exquisite human form.

For any exhibition exploring modernism in France, a key determiner of audience interest is going to be the amount of coverage afforded to our dear friend Pablo. Fear not: he is given ample space. The second room, which focuses on and around Cubism, would have been naked without some Cubist still-lifes by the man himself.

However, the more stimulating works here are the less obvious ones. There is a ‘Study of Four Nudes’ from around 1906, a small work which eventually led to ‘Les Demoiselles d’Avignon’. But most interesting of all the Picasso on show is a sheet from a sketchbook entitled ‘Three Heads with a Christ on the Cross’ (1901). The three heads are in a cartoon style, probably intended as comic caricatures of people Picasso encountered in everyday life. Whilst the accompanying paragraph assures us that this is “one of a number he created at the time”, this is not the Picasso we know from this period: the work anticipates the more cartoon-based style he would come to adopt in the 1960s.

In the third room hangs ‘Bathers’ (1961), one of a vast number of rapidly executed drawings Picasso created in the period. It is dated ‘4.6.61.I’, setting it as the first work in the day’s output— Picasso operated in a mechanised manner. Several works in this final, post-Cubist room turn to mechanisation as an answer to the tricky question of ‘what next?’, not least Fernand Léger’s ‘Factory’ (1918). The work would provide the groundwork for Léger’s experimental animated film ‘Ballet Mécanique’ (1924), which is stuffed full of mechanical forms.

Much like the Warhol exhibition, which opened almost exactly a year ago, this exhibition takes a well-trodden topic and approaches it from a new angle. These artworks are taken from a private collection never before exhibited in the UK, so it is not an exaggeration to suggest that you will never be given such an easy opportunity to see them. Pick up your bod card and go. 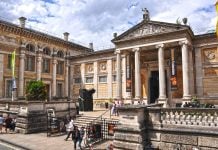