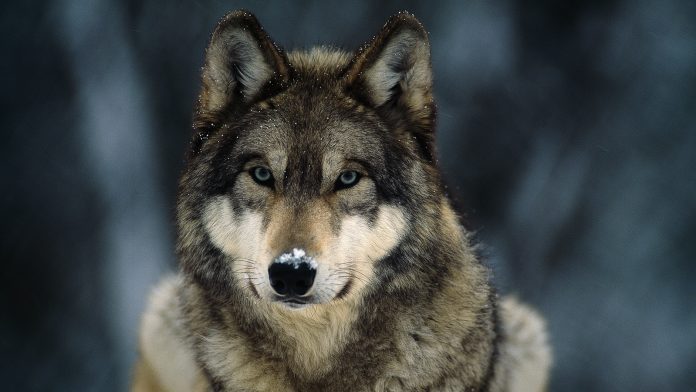 The noble sight of the red kite soaring above Oxford’s spires and ﬁelds is now commonplace, but these graceful birds of prey have had a troubled past in Great Britain. Despite a golden age in the ﬁfteenth century as valued scavengers keeping city streets clean, they were driven to complete extinction in the nineteenth century in Scotland and Wales following persecution and labelling as vermin. Only the collected and continued eﬀort of environmentalists has reinstated this great bird to British skies. This is one of the success stories in a greater quest to return Britain to its more natural state.

The organisation Rewilding Britain is a group dedicated to just this. Imagine a countryside bursting with life, ﬁlled with trees, birdsong, and a plethora of awe-inspiring animals: wolves, bison, elk, and wild boar to name but a few.

It is no secret that our country’s biodiversity is not what it used to be. We’ve lost more of our large mammals than any other European country, bar Ireland. Our expanding towns and cities and wasting of resources have pushed our native species out of their natural environments. Many of these are ‘keystone’ species, occupying the centre of our complex intertwined ecosystems. Like vital pillars supporting the weight of a building, removing these fundamental species destabilises the habitat, threatening its collapse.

One such keystone species at the forefront of Rewilding Britain’s attention is the beaver, not seen in Britain for nearly 500 years until their recent successful reintroduction into Scotland and the trail pair introduced to Devon. This is one of Rewilding Britain’s success stories, but beavers are still a long way from being a common site in our countryside. Much more work is needed.

Beavers fundamentally change the landscape through their construction of river dams, slowing water ﬂow by creating staggered, calm pools. These pools provide ideal habitats for many precious species such as otters, water voles, and birds, by forming a safe haven for their young. What’s more, beavers carry with them great economic beneﬁts. The dams that they build act like massive sponges, holding rain water and releasing it slowly after heavy rain, signiﬁcantly reducing the risk of ﬂooding. They also create many small reservoirs, preserving water supplies in the dry months and thereby reducing the risk of harmful droughts.

Wolves—another keystone species—used to rule the forest as the top predators historically reigning across the British wildlands. But this wasn’t to last, their reign cut short when they were hunted to extinction in the eighteenth century. Although many purport that their introduction would pose a signiﬁcant risk to humans, wolves actually tend to stay far away from human activity. The proposed sites of reintroduction in Scotland, despite being very remote, are never far from farmers and their livestock, some of which would inevitably be taken. The issue that must be discussed is whether the health of the ecosystem is worth risking the livelihood of the farmers.

The presence of wolves provides massive beneﬁts to the ecosystem, most obviously through preventing the over-grazing of delicate saplings by keeping herds of wild deer on the move. This allows time for trees to grow where previously only open grassland existed, providing a home for plants, ground living mammals, and a multitude of birds. The presence of trees even reduces ﬂood risk by releasing water after rains much slower than open grassland.

These are just a few of the species which Rewilding Britain are working to return to our pleasant shores. Further plans have been proposed for the return and spread of the lynx, wild boar, bison, and elk, along with numerous birds and ﬁsh. For these plans to work they need careful planning and testing, like that occurring with a pair of beavers in Devon, to minimise unanticipated eﬀects, but the possibility of seeing these wonderful creatures throughout the British countryside makes it worth the risk.