CherwellIndependent since 1920.
Comment Is May’s snap election in the national interest or political opportunism? 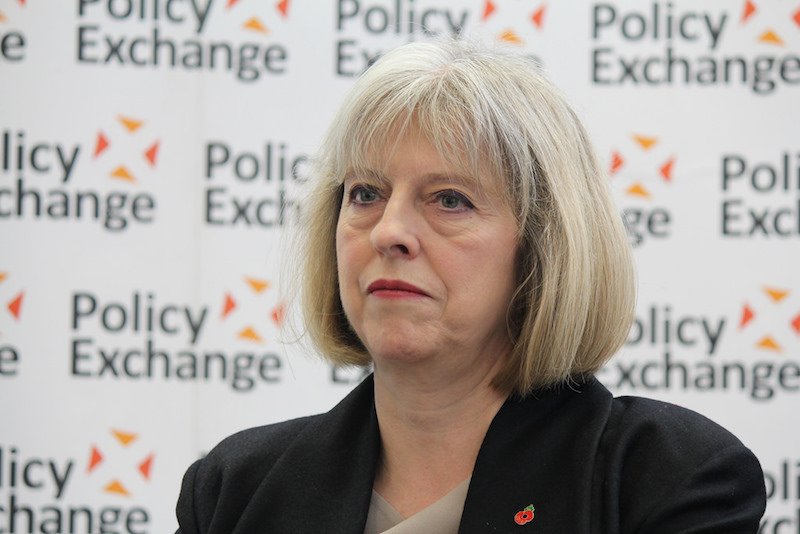 Whilst the announcement of a snap election this morning might have taken politicians, journalists, and the public by surprise, the impetus behind it is not new.

Speculation about an election has been rife since May took office, with the Labour Party on ‘election footing’ since September and the Lib Dems joyful at a chance to tap into the angry vote of the 48 per cent. Let us be in no doubt that this is an incredible U-turn by the Prime Minister, who, up until this point, had insisted, time and time again, that a snap election would not take place. The debate as to whether the PM is violating the spirit of the Fixed-term Parliaments Act will be hard for the Labour Party to press once it votes for an election in parliament tomorrow, but the incentives behind May’s move will remain entirely relevant. Is May actually concerned with the national interest of Great Britain, or are there more cynical reasons at play?

The first option is that May is being totally genuine. In her speech on Tuesday morning, she talked about how opposition parties are trying to subvert the will of the people in parliament, how Britain is uniting but Westminster is not, that, with a strong refreshed mandate from the British people, she can plough through and get the best possible Brexit deal.

This does raise the question, however, as to what the role of opposition parties ought to be in negotiations with the European Union. For all the stick it got at the time, the Labour Party allowed the Article 50 bill to glide through parliament and has made clear that, while it wants to influence Brexit, it has no desire to stop the process.

May’s promise to build a consensus around Britain’s future has clearly fallen on deaf ears, but this is arguably a fault of her own, not the opposition. Maybe calling this election will be seen as a display of weak leadership, an attempt to subvert the views of the millions of Remainers in the UK and to hold a firm, unchallengeable, single-handed grip over one of the biggest political decisions in generations.

May knows that Brexit will be tough. She faces an unprecedented project of reshaping Britain’s relationship with Europe, rewriting and amending 40 years’ worth of EU law and working out trade deals around the globe. At the same time she has to balance a tricky domestic agenda: trying to improve the desperately struggling NHS, push through grammar schools reform, and ensure fiscal policy is in place to protect Britain’s financial sector from the pending uncertainty that it faces.

May will not be able to please everyone, and perhaps this is key to her decision. Go too soft on freedom of movement or European court jurisdiction and lose ground to UKIP. Sever European relations too aggressively and lose support to the Lib Dems. Try to compromise and build consensus and look like you’re going back on your previous words. By 2020, May will surely have made more enemies than she has now, be it on the political left or right, economically open or closed, culturally progressive or traditional. She knows that right now is likely the peak of her popularity, and calling an election allows her to cash in before it starts to fade away.

May’s mind might also be on the recent refocus of the Labour Party. Looking beyond the disastrous voting intention polls and the fact that ‘Don’t Know’ is a more popular potential Prime Minister than the Labour leader, be in no doubt that the recent policy blitz, unveiled by Jeremy Corbyn in preparation for the upcoming local elections, is popular. Proposals for an increased minimum wage and universal free school meals are supported by large majorities of the public and this will perhaps be concerning for the Prime Minister. Perhaps May believes that, if given until 2020, Corbyn would be able to successfully shape Britain’s political narrative to his policy agenda, building on a quite possible post-Brexit economic downturn and sustained anti-establishment anger. Maybe Corbyn would, in the long run, transcend his image of incredulity and mount a credible challenge to the Conservatives on the grounds of winning the hearts and minds of voters.

Finally, but no less importantly, the Conservative party faces verdicts on the multiple allegations of fraudulent election spending.

With dozens of cases referred to the Crown Prosecution Service and the very real possibility of nullified constituency results and criminal sentencing of MPs and their agents, the Tories will be keen to make the most of their popularity before the potential public outcry reaches its peak. With a working majority of 17, a dozen simultaneous by-elections would be dangerous territory for May. With a working majority of 100 they would become effectively meaningless.

We will never know for sure what led the Prime Minister to make, as Nicola Sturgeon calls it, “one of the most extraordinary U-turns in recent political history”. We won’t know whether May is genuinely enmeshed within a power struggle over Brexit and needs to tighten her grip over proceedings, or whether she is truly interested in exchanging her party’s current support-by-default for seats before it diminishes.

Either way, it appears that a Conservative landslide is likely, that the Tories will continue to dominate British politics, and that May will be in Number Ten for at least another five years.