Beware the Russians under the bed

Genuine concern with Putin’s interference in foreign elections is justified, but hysterical overreaction helps no one 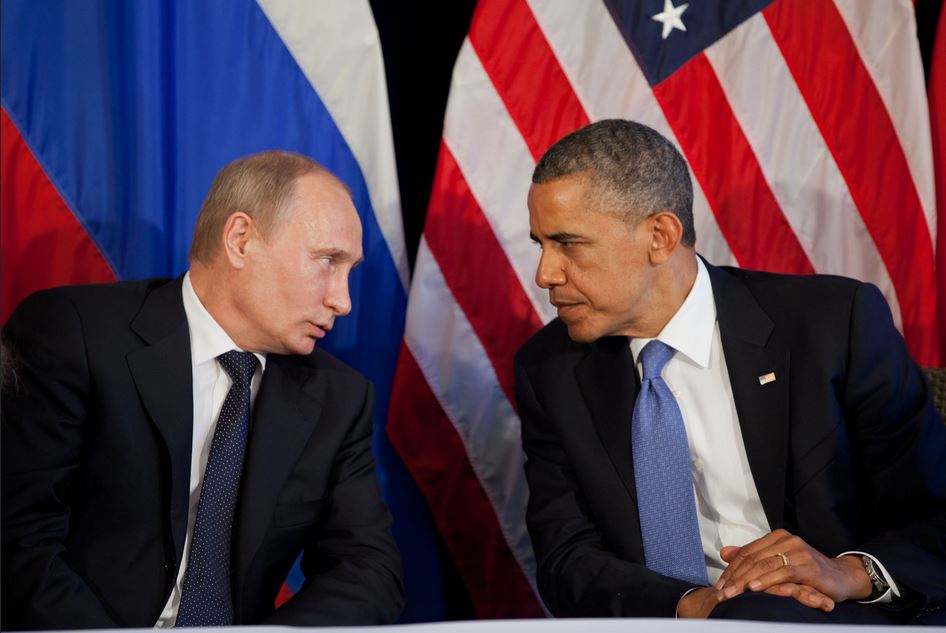 In the early evening on Friday 5 May—one of the final days of campaigning in the French election, and just hours before the domestic media blackout that would begin on the weekend of the vote—a file named ‘EMLEAKES’ appeared on pastebin.com. This vast document was in fact nine gigabytes of data hacked from the Macron campaign, which over the coming hours and days would be spewed out onto the internet and picked over by journalists and alt-right agitators alike.

Initially little regard was paid to the leak. Then, as it was posted first to the anarchic hard right online message board /pol/, then shared on twitter by Canadian ‘journalist’ Jack Posobiec, shared again by WikiLeaks (who notably declined to verify the documents in their totality), and then boosted by an army of bots, the attention directed towards the content of the files intensified.

This development was not entirely unexpected. For months rumours had swirled that Macron, an ex-Rothschild investment banker and slick representative of France’s incestuous political and economic elite, owned an off shore account and avoided taxes. But in reality the leak was disappointing, to say the least. Endless reels of mundane emails between friends and colleagues. Birthday felicitations, meeting arrangements, routine campaign details. Not exactly Watergate. No, the only scandal here was the source, rather than the content, of the leak, and its relation to a running debate over the impact of Russian interference upon Western democracy.

But increasingly what evidence there is for Russian attempts to subvert democracy has been blown up out of all proportion. Russian leaks are treated by many Clinton acolytes and supporters as the overwhelming cause of her defeat. Trump is portrayed as a scheming Manchurian candidate, coordinating with Putin to seize victory through underhand tactics. Never mind that Trump struggles to coordinate with himself most days, this narrative is ever more widely accepted amoung the anti-Trump ‘Resistance’. Further afield, dirty Russian tricks become the cause of Britain’s vote to leave the EU. Ben Bradshaw, a Labour MP and former deputy leadership candidate, declares in Parliament without a shred of evidence that it’s “highly probable” that Russia interfered in Brexit. Every populist victory, left or right, across Europe becomes another Russian psy-op, another victorious propaganda campaign for the Kremlin.

On Twitter a rolling, amorphous kangaroo court has sprung up to prosecute and condemn anyone remotely connected with Russia as a Kremlin agent. Louise Mensch, formerly (somehow) a Conservative MP, now stands at the vanguard of this campaign, making bolder and bolder claims as her sanity wanes and prominence rises in inverse proportion. Not content with denouncing Russia Today journalists as propagandists and White House staffers as double agents, she recently ludicrously claimed (like Bradshaw, without a shred of evidence) that Black Lives Matters protesters in Ferguson were funded by Russia. For these efforts the Russians have (according to her) installed a spy in a florist’s van outside her New York apartment.

The real horror here is not that a woman recently described by an American intelligence officer as “batshit crazy” can vent unhinged conspiracy theories on Twitter (that is, after all, pretty much the reason for its existence), but that the American liberal establishment can take her so seriously. Harvard law professor Lawrence Tribe has lauded Mensch as “impressive” and “incomparable”, while the New York Times granted her a much coveted op ed spot.

Clearly there is some truth at the core of this, some degree of Russian involvement that genuinely did occur, and it is of the imperative that this must be uncovered, most likely through a congressional investigation. But the whole affair has now become wrapped up in so much hysteria that a return to sanity seems nigh on impossible.

These claims have not, therefore, been lept upon due to their veracity, and certainly not due to any moral imperative felt by the American establishment to prevent democracies from being subverted, especially given America has been doing the same itself for decades.

No, the real motivation for this 21st century red scare, where Putin-backed nationalists replace Commies as the ever present shadowy threat to American society, is a need to insulate the American establishment from any and all critique.

In this fantasy world Clinton lost not because of her ties to Wall Street, not because of the Democratic party’s systematic neglect of their working class and rustbelt voters, not due to her dependence on corporate donors, and certainly not because the woman has never yet come across a conflict she thinks might not be improved by a few thousand pounds of American munitions.

No, she lost because of the damn Ruskies and their dastardly tricks. Never mind that they could only leak evidence of, say, the Democratic establishment conspiring against Sanders in favour of Clinton if the Democratic party had actually conspired against Sanders in the first place. And equally in the UK, Brexit happened not because millions of people across Britain realised that they actually kind of valued democracy, and wanted their country to be able to set its own laws and control its own borders, but instead merely because Putin’s cyber warriors hacked, uh, something. Maybe the voter rolls.

So the Democratic Party rolls on, ignoring the interests of its historic voter base yet expecting their loyal support. Any truth that might exist at the bottom of this is drowned out, and any critical reflection from the left is lost in the face of conspiratorial delusions.