As Trinity Term drew to a close last year and my prelims approached, I found myself feeling sad and alone, longing for some human company. One day my college father approached me in Main Quad and presented me with a bouquet of flowers. Touched by this romantic gesture, I immediately tried to lure him to a broom closet, but was instead hurriedly informed of the Oxford tradition that is the wearing foliage in one’s exams. For those who are, like I was, unaware of this hallowed custom: Oxford students have traditionally considered it good luck to incorporate flora and fauna into their subfusc, in order to appease the Pagan fertility gods that live in the trees and boulders.

There is, of course, a political dimension to the wearing of red carnations, which have always been associated with the labour movement. As a committed communist, I have no problem with the wearing of these flowers, but we must spare a thought for Oxford’s many fragile Conservative students, for whom the mere thought of wearing a symbol of international labour is enough to induce projectile vomiting. Furthermore, carnations are traditionally a symbol of a mother’s love, and there is surely a cruel irony in forcing Oxford students to wear such a symbol, as most of us here have clearly never felt such love—how else could we have turned out like this?

I am not completely insensitive to the charm of wearing a small bit of nature as part of one’s exam outfit, but at some point a line must be drawn. In my final prelim, I was unable to complete the exam as my next door neighbour had put a horse chestnut tree through his buttonhole—as a result I was showered with conkers from start to finish. History finalists had one of their exams cancelled this year after one candidate’s lucky severed cow head began to rot in the midsummer heat of the exam hall.

I love carnations. So it’s good then that Oxford provides one for your every mood in Trinity, representing the gradient from semi-functioning, through ‘utterly dubious about your existence’, and finally to contemplating pressing flower petals with the exam paper rather than answering it. After all, it’s common knowledge that a key feature of, say, Martin Luther’s doctrine was sweat-plastered and squished-by-paper foliage. It is now, anyway.

Besides being symbolic of exam season, carnations act as a reminder that there really is a world outside. I know–amazing! Five exams in, you’ll be wilting or at least in the process of slowly turning into a flailing greyscale footnote, revising from unanswered tute sheets that seemed less inviting than a Hassan’s cheesy chips on the night it was due. Come to think of it, you’ll probably have turned into a walking, occasionally talking, often crying, tute sheet. You’ll be one big unanswered question, specifically the question of ‘Why did I pick such an unemployable degree and proceed to fuck it up?’

So, even if you do relish in the harsh glow of artificial neon lighting and feel the exam-provoked creases on your face really add to your profile, one should celebrate the love that carnations emphatically sprinkle into our lives. Just when you thought your college daddy issues were starting to affect your romantic choices and the fantasy of settling down as a family of four with a faithful Dalmatian was beginning to fade, carnations prove otherwise. The sight of a pidged carnation prove that your college parents really do remember being assigned to you, despite having ignored your pleas for old essays for the past three weeks. In the depths of despair, your mum trudges to the Covered Market to purchase your fl orals and do your commercial dealings in a period when everything besides moaning, staring blankly at walls, and wearing black is beyond you. If that’s not love, I don’t know what is. 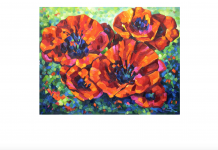 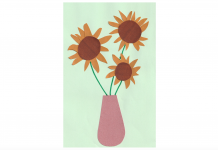 Ode to the Sunflowers my Dad bought for me 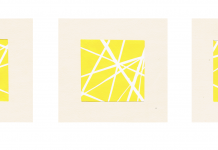 On my white window ledge