In the Bengali intellectual Rabindranath Tagore’s penetrating poem ‘Africa’, the reader is instructed unambiguously to: “Stand in the dying light of advancing nightfall / At the door of despoiled Africa / And say, ‘Forgive, forgive-’”

This poem struck a particularly resonant chord with me upon reading it, as I realised the continent of Africa within this extraordinary poem unmistakeably stood in as a metaphor for the country in which I had purchased the tattered copy of Tagore’s poems, for the equivalent of £2.50 at a literary fair a few metres from a grubby, noisy flyover: the same country that Tagore and his distinguished family of cultural polymaths hailed from. The poem was an emphatic appeal to the Indian population at the turn of the century to forgive their British colonisers.

My initial experience of the city of Kolkata (formerly Calcutta, and onetime capital of British India) upon arrival in January was one of unequivocal shock – not least at my own instinctive response to the indiscriminate and dispassionate deprivation I saw. Day by day, as we drove in and out of the city centre, I found with alarm that my impulse to impose order – to have crumbling thoroughfares mended, to sluice the permanent layer of dust off the cafe awnings and spectral Banyan trees, to enforce laws which force drivers to stop at traffic lights – only grew. I found it initially impossible to accept the chaos and widespread penury as inextricable from the undeniable elegance and vibrancy of the city, and increasingly feared this was some relic from my country’s colonial past.

William Radice, senior lecturer in Bengali at the School of Oriental and African Studies University of London (SOAS), remarked in the introduction to my copy of Tagore’s poetry that when a Westerner attempts to write about India, their major obstacle will be that their habits of thought and methods of description will no longer fit the subject matter. As I attempted to record my thoughts and impressions each evening in the diary I kept, I found this was all too true. When put into contact with the barely controlled mayhem of Kolkata, none of my presuppositions about societal order held. I became increasingly aware of my own inescapable status as a Westerner in someone else’s country, with all the limitations of perspective and understanding that comes with this identity as an alien.

Yet, I was not only seeing India as a tourist, but as a citizen of the country that had governed India as a colony all too recently. I began to consider how we as a nation and as individuals can properly confront the frank reality of our homeland’s shameful history as an imperial oppressor, whilst also ensuring the weight of colonial guilt – something I felt acutely during my three months spent in West Bengal – does not disallow acceptance, and ultimately, progress.

Of course, education was historically reserved for wealthy white men, so institutions like Oxford were incontrovertibly funded at least in part by blood money from the British Empire. Oxford has made numerous well-documented attempts to erase traces of this lamentable imperial past, from making a non-European paper on the undergraduate History course compulsory, to controversially dropping former prime minister Indira Gandhi’s name from the Oxford India Centre for Sustainable Development, which was set up in 2013 with a £3 million grant from the Indian government. Yet, these efforts can seem futile, as controversies ranging from the poorly chosen name of a cocktail served at an Oxford Union reparations debate two years ago (the ‘Colonial Comeback’), to the bone of contention for the ongoing Rhodes Must Fall campaign, namely the omnipresence of British colonialist Cecil Rhodes, in both the scholarships he engendered and the effigy of him which stands in Oriel College, surface time and time again like a recurrent pestilence. The seriousness of the latter issue cannot be underestimated: the politician Rhodes once claimed that “the more of the world [the Anglo-Saxon race] inhabit, the better it is for the human race”. Inevitably, actions to counter these problems become more and more drastic, usually provoking the inexorable criticism of political correctness gone mad.

Clearly, studying white European history exclusively for an entire three-year degree and walking in the shadow of a statue of a white supremacist oppressor can be distressing and demoralising to minority students at Oxford, and risks invalidating entire swathes of the student body. Yet, I would take a middle-of-the-road position here, and argue that whilst many such efforts to counter these issues are almost always done with good intentions – the introduction of a non-European paper to the History curriculum in particular standing as a praiseworthy example of increasing efforts by the academic community at large to practise multiculturalism over assimilation, or worse, rarefied ethnocentrism – caution must be exercised to avoid entering into the dangerous exercise of papering over truth. A field as concerned with both the triumphs and disasters of the human race as History will rarely ever be neutral or impersonal, and an attempt to manipulate the facts, or the reality of an institution such as Oxford’s long history, into such a mould will seldom be successful.

In particular, I would suggest that whilst the recent efforts by colleges such as St. Peters and Balliol to replace ‘male, pale and stale’ portraits with images of notable female, gay, black and Asian figures are indubitably forward-thinking and inclusive in outlook, they do little more than contribute to the harmful practice of drawing a fictitious veil over history.

It is also arguably an act of cultural plundering to remove what are often fine examples of artwork from historical public forums. Instead, the University’s staff and students alike should aim to enrich and augment Oxford’s long history of producing distinguished individuals, adding to, rather than fallaciously replacing, images of noteworthy alumni and scholars.

I for one am proud to be attending in October, a university that has produced figures as varied as the homosexual poet W.H. Auden, to the pioneer of women’s rights in the Muslim world Benazir Bhutto. This diversity is wonderful, but in my view should be recognised alongside the far less variegated history that for so long prevailed, for the sake of honesty if nothing else.

Recognising the reality of Britain’s critical role in the systematic suppression of entire races across the globe can be a bitter pill to swallow, but it is only by proper acknowledgement of this past, as opposed to deliberate disavowal, that we can begin to invite forgiveness from the myriad nations we subjugated and plundered in the name of Empire over 450 odd years.

Tagore’s call upon India and other former colonies to “Forgive, forgive” is a compassionate one, and we can only hope his subsequent words ring true, that “In the midst of murderous insanity” these might be all civilisation’s “last, virtuous words”. 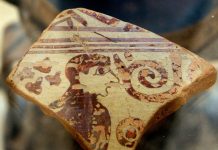