CherwellIndependent since 1920.
News Cellar set to close next year 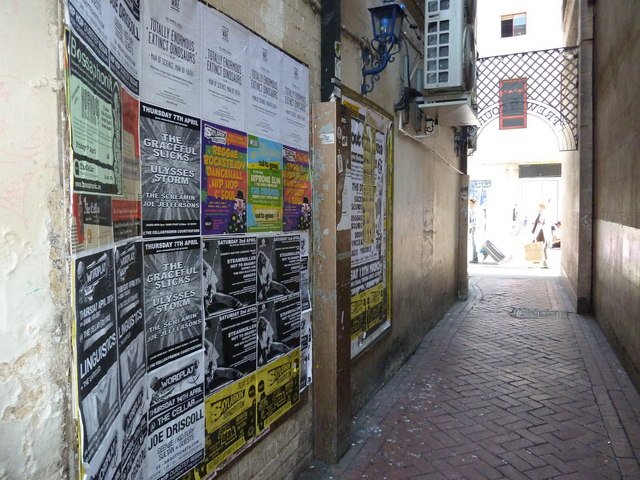 The Cellar, one of Oxford’s favourite nightclubs, is reportedly set close in early 2018 to be turned into a retail space.

The current leaseholders, the cosmetics shop Lush, sub-let the basement venue as the nightclub frequented by Oxford students and townspeople alike.

But Lush’s departure from their Cornmarket shop next year could mean the imminent closure of The Cellar, as the charity which owns the building, St Michael’s and All Saints, wants to transform it into a place for retail.

They have confirmed that a new tenant for the venue has not yet been selected, but once Cellar closes, there will be a complete refurbishment of the space.

This would mean the end of the beloved underground venue, renowned as much for its popular nights such as SE10, Glue, and Burning Down the House, as its grimy aesthetic and cramped clubbing experience.

First built as part of the tunnel network connecting colleges and once used as the University’s Cellar, enjoyment on a night at the club depended on “your tolerance for heat and need for personal space,” a VERSA article once said.

In a statement posted to its Facebook page, Cellar said: “We are sorry to announce that The Cellar has received notice from our head landlord that they are looking to redevelop the site.

“This is devastating news, not just for The Cellar team, but for the Oxford music scene as a whole, and represents the continued erosion of independent music venues by big business.”

It added: “We are consulting a solicitor to see what our options are and will keep you posted on any developments. We appreciate your ongoing support.”

Cellar will be the latest Oxford nightclub to close, after Lola Lo’s closed its doors in March and Wahoo held a final night last year. One second-year student said: “First Wahoo and now this? Without Cellar Oxford is nothing.”

Another said: “We’re genuinely worried that in a few years there won’t be anywhere left to go.”

Max Reynolds, who runs Dr Feel Good nights at Cellar, said: “Cellar is the only venue that supports new and alternative nights. It’s the heart of upcoming Oxford nightlife. If this news is true, it will be a terrible loss to the city.”