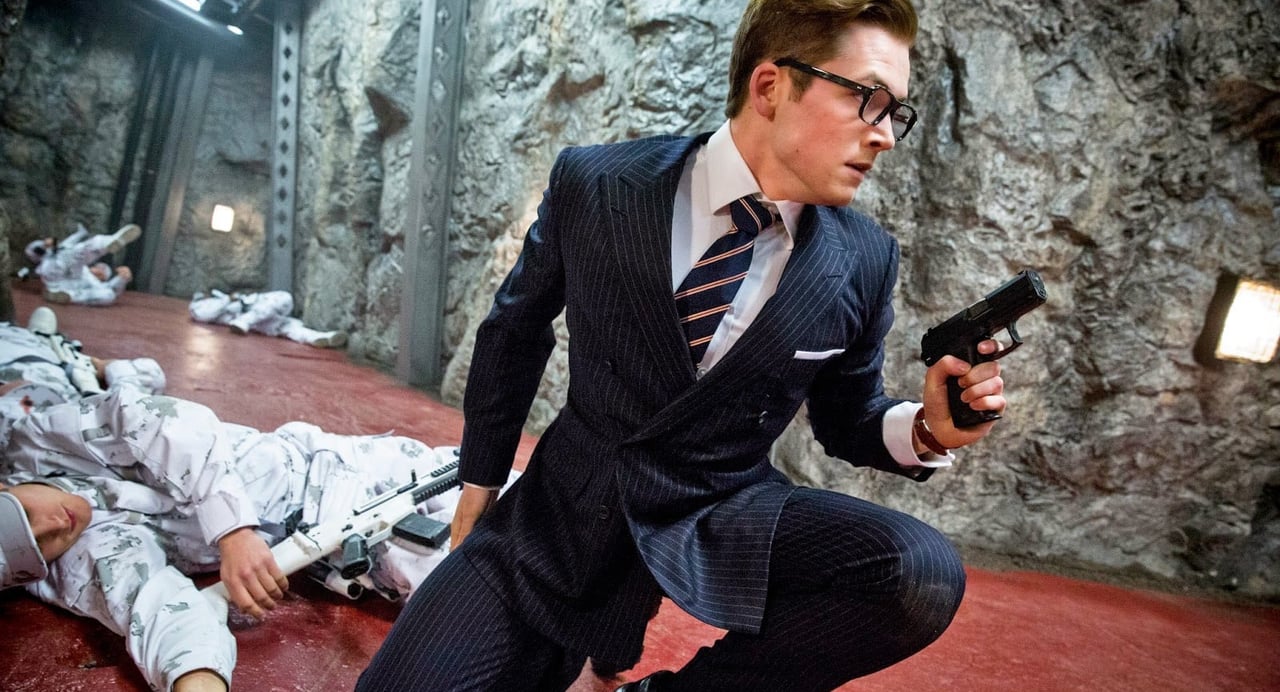 When Kingsman: The Secret Service was released back in 2015, it was hailed as a refreshing departure from its action film counterparts. It had a killer sense of style, likeable and, at times, well-developed characters, and dealt with themes of class prejudice, social mobility, loyalty, and political extremism, although often ham-fistedly. A lot of these things are present in The Golden Circle but their impact has diminished, falling victim to that curse as sequels often do.

To put it simply, Kingsman: The Golden Circle is a confused mess of a film. There are so many ideas being juggled that not one of them is fully developed. The sharp parody of the genre is still there, but The Golden Circle spends so much time clinging to the success of its predecessor – many of the original gags are recycled – that it verges on excessive self-parody. Indicative of this is resurrecting Colin Firth’s ‘Galahad’ after he was shot at point-blank range in the first film, which of course saps any impact that death scene had. Some of this self-parody is admittedly clever, at its best when it subverts the audience’s expectations. As a whole, however, the film lacks the audacity to play to the strengths of its new ideas. By far the most interesting concept in The Golden Circle is the interaction between the British ‘Kingsman’ and the American ‘Statesman’. But Statesman’s involvement is so inconsequential that it comes across as an afterthought. Here was the potential for some ingenious humour, potential which is criminally squandered.

In fact, I have no idea what the focus of The Golden Circle is. This is not helped by the fact that barely any of the events of the film carry the emotional weight they would have possessed in the original. Brutally killing off vital members of Kingsman at the very beginning of the film should be a tragic event but the characters forget them so quickly that, by the end of the 140 minute romp, I had forgotten them too. That said, one scene towards the end of the film is a huge exception, proving that, given enough time and good enough writing, Kingsman can still deliver tragic moments.

A good microcosm for The Golden Circle’s problems is its villain, played by Julianne Moore. She is eccentric for the sake of being eccentric, comes out of nowhere, and her plan is absurd. Samuel L. Jackson’s villain in the original was a complete cartoon character, for sure, but his motives were fleshed out and he served as a good comparison to Eggsy with his nouveau riche style acting as a contrast to the old money air of the Kingsman organisation. The similarity between this new egomaniac stuck in a reconstructed 1950’s America and the President of the USA is a witty statement about the image-fuelled, back-stabbing nature of American politics. Aside from that however, this villain is just placed into the story without any satisfying explication of her grudge against Kingsman. Is it because they are a threat? Then why does she not eliminate Statesman too, the organisation operating in her own country? It is a mess.

Yet, for all my rambling, The Golden Circle still has the spirit of Kingsman at its core: an indomitable sense of style, punctuated with bonkers fight scenes, a sublime soundtrack, and masterful use of slow-motion which knows exactly when to bring down the pace for dramatic impact. One fight at the end of film is a technical and choreographic marvel, filmed in a single shot, a technique which never fails to make me grin the whole way through. It is just unfortunate that the fight scenes were never the best parts of the original Kingsman, while here they clearly are.

That is the best summary of Kingsman: The Golden Circle I can give. While the original was a clever parody satirising the tropes of conventional action films, The Golden Circle is just an action film. It is a very enjoyable action film but the baffling plot and mishmash of neglected concepts left me asking, like Eggsy, “not who, but why?”