The #TakeAKnee protest has reached new heights, covering front pages and headline news. What started as a one-man mission championed by Colin Kaepernick, then-quarterback of the San Francisco 49ers (now unemployed), has grown into a unifying movement amongst athletes in the US.

It has garnered support from the likes of Stevie Wonder and even Shad Khan, owner of the Jaguars and donor of $1 million to Trump’s presidential campaign.

Yet Kaepernick’s protest has coalesced into a vastly different debate concerning free speech and patriotism – bread and butter issues in the President’s eyes. Trump has done what he always does, and indeed what he does best.

The President took a widely held sentiment – in this case, American pride in national symbols, and racist/sexist/etc. undertones – to set progressives’ nerves on fire. Thus the stage is set, with Trump as defender of an almost commonsensical viewpoint: how dare these ungrateful millionaire sports stars disrespect the national anthem? How dare they use their stage as athletes to shove their message down the throats of the general public?

It is all too easy to understand the reluctance to mix politics and sports. After all, none of these football or basketball stars are qualified experts on civil rights or social justice. Neither, however, are they the first to take a political message to the sports arena.

One need only look to Muhammad Ali, Jackie Robinson, Tommie Smith and John Carlos to realise this is a continuing pattern. Perhaps we must look to the meaning of the protest itself to see why athletes throughout history have sought to use their platform as a stage for protest.

Colin Kaepernick, who first made the movement iconic, cited police brutality and racial inequality as the reason behind his protest. Like Smith and Carlos’ black power stance at the 1968 Olympics, Kaepernick wished to draw attention to the plight and disenfranchisement of African Americans, particularly from police brutality.

Those who defiantly point out the wealth of these sports stars imply that they should be ‘grateful’ for their jobs and instead throw their money towards good causes – never mind that Kaepernick donated $50,000 to Meals on Wheels in response to the Trump administration cutting funds for the programme.

But for the Black Lives Matter movement, attention and awareness is what they demand and what they need.

Through the #TakeAKnee protest, attention is what they have achieved – at least until the NFL decided to co-opt the movement for their own purposes. Controversy is what the Black Lives Matter movement seek in order to start an uncomfortable conversation in the US. So what is more effective than to put a spotlight on race for the millions of NFL fans around America?

Yet Trump has managed to handle the controversy with his typical smarts.

Kaepernick’s stand for racial injustice has been turned into a circus show with the issue of race ushered into the background. Even the recent Sports Illustrated ‘protest’ cover seems to erase Kaepernick’s presence and place the whole rationale of the protest under the guise of unity. Because who cares about Kaepernick when Tom Brady, a living legend and supporter of Trump, has spoken up against the President? Not on the subject of racial injustice, of course, but against Trump’s ‘divisive’ comments. It seems that the effectiveness of this protest has been happily diminished by the media.

One final concern must be addressed: do these players have to protest during the anthem? Surely there is a more appropriate time? But the American obsession with their anthem and flag is a strange, and often misconstrued cultural idiosyncrasy.

Because for all Trump and Fox News can parrot about respect for veterans, despite the former showing little respect for them previously, what else is more American than freedom itself? Indeed, many veterans including John McCain have taken to social media and news outlets in support of First Amendment rights; the athlete’s freedom to dissent is what veterans have fought for – a fundamental American principle which deserves protection.

But it appears that many are still convinced protesting during the national anthem and in their workplace is just too inappropriate for sports stars.

So perhaps the question is what is the right way for black Americans to protest? Peacefully? Privately?

Maybe a totally different question has to be asked: when will it be convenient for Americans to take notice of police brutality?

And, moreover, the even bigger question looming: can Americans do anything about it? 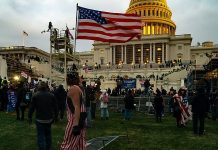 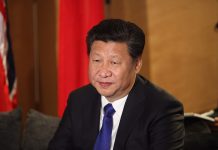 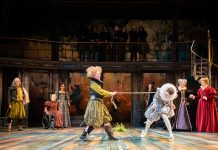