Oxford’s first black graduate celebrated – but how much still needs to change?

A plaque was unveiled at University College for Christian Cole, Oxford's first black graduate, who matriculated in 1873 to read Classics 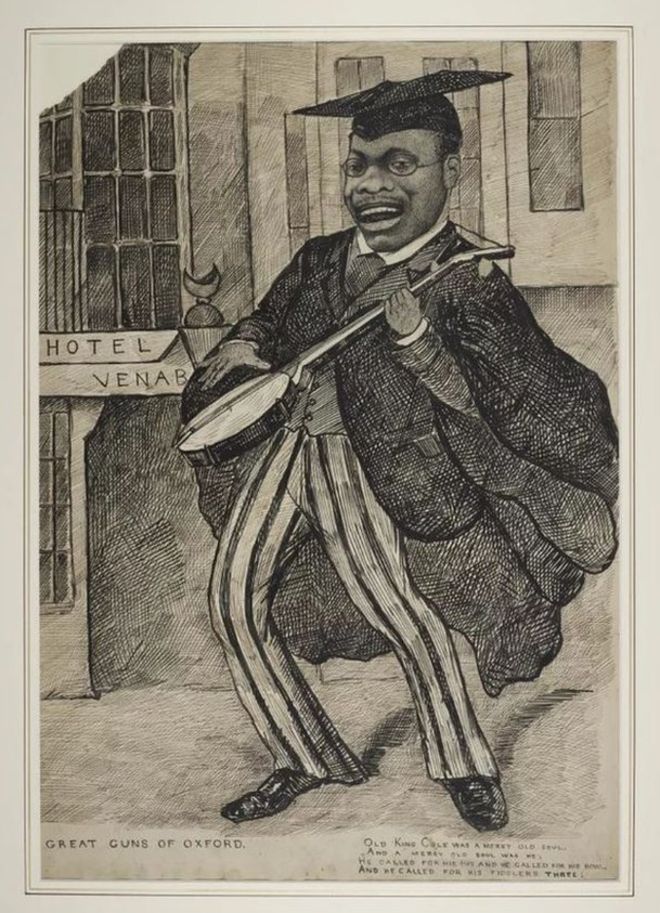 The story of Oxford’s first black graduate has been celebrated after a plaque for was unveiled last week at University College. Christian Cole, who matriculated in 1873 to read Classics, left Oxford to become a seminal figure in the English courts as the first black African to practice law.

The plaque was installed thanks to the efforts of Pamela Roberts, a leading cultural heritage practitioner and the director of the project, Black Oxford: Untold Stories, which aims to promote the historic legacy of black students of Oxford. University College has been chosen as the appropriate home for the plaque because Cole, who graduated as a non-collegiate student, became a member of the College a year later in 1877.

Christian Cole was born in Sierra Leone in 1852, when the country was still a crown colony of Britain. The grandson of slaves, he was adopted by Reverend James Cole of Waterloo before going to Oxford at twenty-one. At university, Cole was supported by an allowance from his uncle, and by money he made from tutoring and giving music lessons alongside his studies. He was a well-known figure at Oxford, and his presence is documented in diaries and cartoons from the time. After his uncle died, his fellow students started an appeal to raise money to help him financially.

University College purchased his published work on the Anglo-Zulu war in 2006 for £1000. The college archivist, Dr Robin Darwall-Smith, told Cherwell: “I think that it’s very important that we remember Christian Cole, because he was a great pioneer as the first black African to get an Oxford degree. “He had tremendous ambition: he came up to Oxford to read Classics, which was then the toughest course in the university, but got his degree nonetheless. I also think that he had a certain flair, because he spoke in the Oxford Union and attended Encaenia, and in general was something of an Oxford ‘personality’ during his time here. I myself have long admired Cole, and am proud of his links with Univ. I hope now that people will look at his plaque and feel inspired by his example.”

The University has said that they hope that this this commemoration of Oxford’s first black graduate highlights the University’s inclusive stance towards applicants from all backgrounds. Dr Rebecca Surender, Pro Vice Chancellor for Equality and Diversity at Oxford, said in a statement: “Christian Cole’s place in Oxford’s history as its first black graduate is one that deserves to be recognised and celebrated. The plaque will be a reminder of how far we have progressed since Cole graduated from Oxford.

“The University has made it a priority to reflect in its iconography the full range of Oxford’s history and the experiences of its members.”

This commemoration coincides with the launch of the Oxford Black Alumni network, a platform for future generations of leading black individuals to connect and collaborate. The Oxford Afro-Carribean society spoke to Cherwell about the plaque’s significance. “We at the ACS see it as important to commemorate this landmark moment in the history of diversity at Oxford and are happy that the University has recognised Cole’s importance, particularly during the week that new students were matriculating,” a spokesperson said.

“Christian Cole stands as a testament for past, current, and prospective students of what you can achieve regardless of your background.”