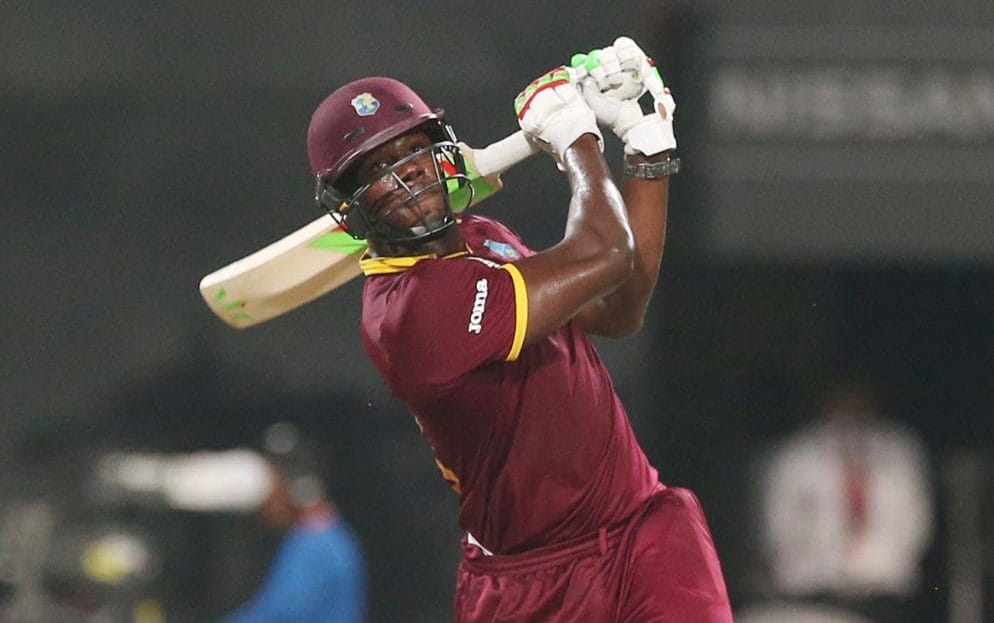 Matthew Rollerhttp://mattroller.contently.com
Matt, a PPE student at Exeter, was the paper's editor for Trinity Term 2018 alongside Fred Dimbleby. Follow him on Twitter: @mroller98
28th October 2017

Oxford’s Blues cricketers had a surprise addition to their winter training last week, as West Indies T20 captain Carlos Brathwaite joined the squad for a handful of sessions.

The Bajan, who shot to prominence after hitting four consecutive sixes off Ben Stokes to win the 2016 World T20, was in the city to visit his fiancée, who works at the John Radcliffe Hospital.

Brathwaite’s agent called Blues coach Graham Charlesworth, in a bid to give him an opportunity to train ahead of his stint with the Khulna Titans in the Bangladesh Premier League. He netted at the indoor school at Iffley Road on several occasions, and Blues players had the opportunity both to bat with and bowl at the hard-hitting all-rounder.

The 29-year-old has gone over a month since playing competitive cricket, after being an unused squad member in the West Indies’ recently-concluded ODI series in England. In the one-off T20 international in mid-September, he took 3/20 in 3.3 overs to seal an unlikely 21-run win for the visitors.

Blues captain Daniel Escott described the six foot four Brathwaite as “a very modest guy who was keen to help and advise”.

“He has a huge amount of expertise to share,” Escott told Cherwell, “so it was really insightful. All the guys who spent time with him really enjoyed it, and we hope he’ll come back again soon. He hits the ball harder than anyone I’ve ever played with before, and he put a hole through the wall of the cricket school in his first session.”

Brathwaite himself enjoyed his time training in Oxford, and told Cherwell: “For university level, the cricketers are of a good standard and are very keen to learn which is an important trait to have at that stage.

“I really enjoyed my time in the UK,” he continued. “It is probably one of my favourite places to visit. It helps that my fiancée lives in England and recently moved to Oxford. We are loving the city and looking forward to spending a lot more time in the UK and by extension Oxford supporting the guys.”

The West Indian has largely focused on T20 cricket in the past eighteen months, ever since earning a $620,000 contract with the Delhi Daredevils. Since then, he has also appeared for the Sydney Thunder and the St Kitts and Nevis Patriots, and was named West Indies captain in that format after Darren Sammy’s controversial sacking in August 2016.

Brathwaite flew to Bangladesh on Tuesday after a brief return to Barbados ahead of this year’s edition of the BPL. He is likely to make his Khulna Titans debut in the side’s opening fixture, against the Dhaka Dynamites on 5 November. The Titans squad also contains
former South Africa players Rilee Roussouw and Kyle Abbott, Pakistanis Shadab Khan, Junaid Khan and Sarfraz Ahmed, and uncapped Englishmen Benny Howell and Jofra Archer.

“I am in a good space mentally,” he said ahead of the competition. “Form it is neither here nor there, but it was good to get some time away from the game after being involved in the IPL, CPL and then the England T20 game.

“I had three or four weeks where I got in some quality skill work with Charlesworth at the University and also got to do some fitness at home. My mind is at ease and I am looking forward to doing the best I can for my BPL franchise.”