For the most part, memes have the lifespan of a housefly. Despite pre-dating the internet as a concept, memes have come to rule our virtual reality, and their casual browsing occupies a hefty chunk of our essay procrastination. While a lot of them are spawned from the news, current affairs or dead gorillas, many look to the world of film and TV for memeworthy matter. The outlandish and expressive animation of Spongebob Squarepants, for example, has created a range of resilient memes, from Mr Krabs spinning in a whirl of doom, to Spongebob’s forefather Primitive Sponge, who has come to represent various primal fears. Then there are the enduring memes of Futurama Fry and his perpetual indecision or Condescending Wonka, featuring eminently recognisable images from both the small and silver screen.

These familiar stills accompanied by a witty caption have become the inside joke of the modern day, and many heavily rely on the likes of popular TV shows and film. This renewal of the familiar is superb because it allows audiences to squeeze even more laughter and emotional significance from shows regardless of whether they were axed decades ago or are still on our screens today. Dormant fanbases, such as the Friends followers, have been wholly revived and ensure the charm and magic never wanes, even when the show does. Their status as inside jokes relies of the exclusivity of what their humour is referencing; in order to fully understand our resident Facebook page ‘Oxford Uni Peep Show Quotes’, you really should have seen Peep Show.

This reliance on the communal experience of a TV show differs from the ‘you had to be there’ nature of an inside joke, because there is suddenly a clear way of moving from someone on the outside looking in to someone in on the joke. ‘You had to be there’ becomes ‘you have to see this’ and the nonplussed become fellow revellers. Memes like the ‘Etcetera’ and ‘Patricia’ memes birthed by M. Night Shymalan’s film Split made more people watch the film, not just because it was being talked about, but because it was being virally circulated in funny memes that people wanted to understand. Similarly, a huge component of the unparalleled popularity of Love Island this year was the meme pages it bred. When you were online, the show was virtually inescapable; everyone was talking about it or tagging people in memes about it. Little did Chris Hughes know that a shot of him looking morose in bed was going to be so heavily circulated that summer.

The latent power of a meme to influence the popularity of a TV show or a film has been discovered. Our fixation on social media and desire to understand the meme makes us want to seek out the media being referenced in each internet sensation. Fervent fanbases have adopted memes as a way to strengthen and reinforce their love for their favourite TV show, as well as foster a sense of inclusion and affinity with other fans. This has spawned memes focusing on increasingly obscure reference points, which in turn narrows the circle of enthusiasts and solidifies their loyalty.

Studios have begun to recognise the power of meme culture. The viral marketing campaign in the approach to the release of Straight Outta Compton greatly altered the film’s box office success. The #StraightOutta meme-generator let fans alter the film’s logo. This canny form of free marketing won a Shorty Award as 9 million memes were generated and the film raked in $60 million more than anticipated upon opening. However, as expected, the internet always has a dark side. Dora the Explorer’s unabashed innocence seems to leave people wanting to enforce perversion onto it, while Arthur the Aardvark’s frustrated clenched fist created explicit memes that left PBS somewhat appalled.

Yet, memes seem to bind people together and how can something that forges connections and sparks fervent passion for shared interests be a bad thing? Humour and the internet have proven powerful enough to unite existing fans and infuse new life into sleeping art. They are our cultural epidemic, upholding the film and TV we love most. 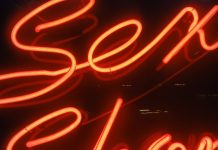