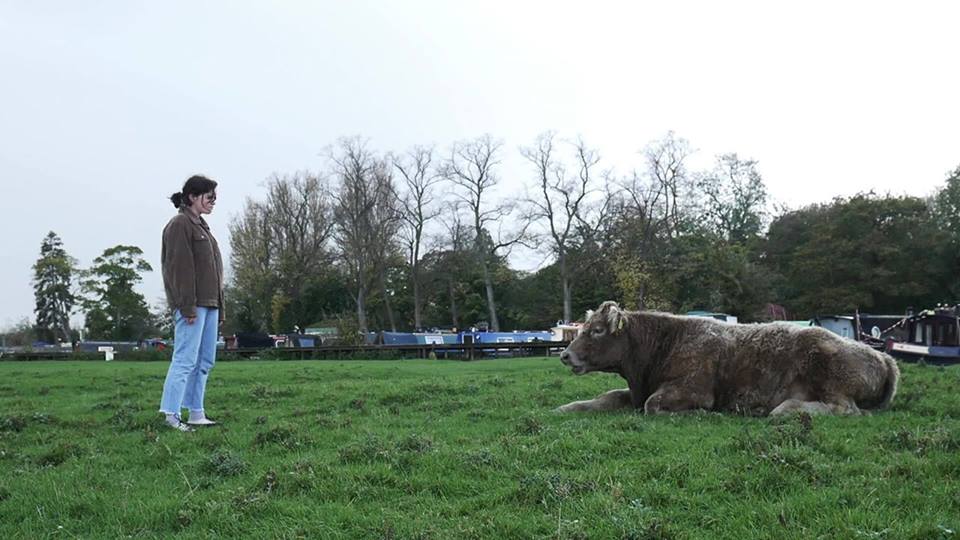 Martin McDonagh’s 2001 black comedy, set in 1993 on the small Irish Ireland of Inishmore, begins with a cat. The plot revolves around the accidental death of Wee Thomas, the feline best friend of Irish National Liberation Army member Padraic. This performance, playing from Wednesday to Saturday of 5th week, brings the fast paced and bloody play to life brilliantly.

The action is equally brutal and ridiculous, and much of the comedy derives from the way that silly back and forths about mundane topics can result in a triangle of men pointing guns at each other’s heads. Padraic, who is beyond mad in both his capacity for violence and his all-consuming love for his cat, is played by Christopher Page. Page is wonderfully menacing from the outset, physically tense and imposing. We first meet him asking the small- town drug dealer he is torturing, played by Peter Madden, which of his nipples he would rather have chopped off. The two have a hilarious conversation, in which Madden’s screams of agony are interposed with a chat about how best to feed a cat ringworm tablets.

The group dynamics of each individual unit of characters are very effective. Chris Dodsworth, Patrick Orme and Cameron Spain play the three INLA members active in Inishmore. Their quick movements between bickering and unity are very funny, as is the definite manner with which they insist on their contradictory logic. Hugh Tappin’s Davey and Aaron Skate’s Donny also have a great rapport. Donny, Padraic’s dad, was supposed to be looking after the cat, whilst Davey is apparently responsible for running it over. The bewildered, non- violent pair panic in various comic ways, enduring a lot of stress before they finally come to function as the surprising voices of almost reason at the end of the play.  Davey’s younger sister, Mairead, is played by Kate Weir, who perfectly balances the wide eyed, sinister and comic aspects of a teenager’s longing to be part of the violence.

The staging is simple but effective. The minimalist interior of the main room of a house forms the one set, and does the job of helping us to place the action in a small Irish village. The actors also move through the area around this, which is left clear of any props, and functions as a multipurpose space in which they can shoot and torture and travel and sit eating baked beans. This paired back approach works well, ensuring that the shifts between scenes are seamless and quick.

The performance, directed by Phillipa Lawford and produced by Kiya Evans, is fast moving, enjoyable and extremely funny. The dialogue is whip-smart and lively; in the world of the play, in which a response could be the difference between life and death, conversation is a casual art form, each line of up-most importance to the character in the moment and forgotten as soon as the action again shifts. A strong sense of enjoyment in the extremities of violence and closeness to death is felt throughout. It’s not for the faint hearted; fake blood and disembodied limbs do feature heavily. But I most enjoyed the sharp comedy of the dialogue. The animated, buoyant interactions are very entertaining, and I left feeling that I had seen a refreshing celebration of the ridiculous and illogical.