According to the most recent data made available by Oxford, 59% of all offers made to students studying in the UK went to state school applicants. Yet at Oxford, under half of the significant elected roles within student politics examined were held by students educated in the state sector.

The disparity is most obvious at the Oxford Union, where 76% of elected officials – from the President down to Secretary’s Committee – were privately educated. Of the 14 most senior roles (Standing Committee and above) just one was held by a former state comprehensive pupil – President Chris Zabilowicz.

Within college politics the gap was less pronounced, with 52% of JCR Presidents having attended a fee paying school. Similarly, there was a 50/50 split between state and private across the senior editorial teams of Cherwell and The Oxford Student.

Oxford University Conservative Association was the only body for which too little data could be found to draw any meaningful conclusions, with most elected members choosing not to reveal their former school on social media.

Of the 69 significant figures selected, Cherwell was able to gather data on the school attended by 67. In virtually all cases claims made on Facebook and LinkedIn, or statements made by the school, were used to identify where they had previously studied.

The data does represent a marked improvement from 2010, the last time an investigation into Oxford’s privately educated elite was conducted. Cherwell found then that almost 60% of JCR Presidents, 70% of University-wide society Presidents, and 80% of elected Union members were privately educated. At the time 55% of those admitted to the University came from state schools, with under 45% from independent schools.

The figures will likely not be happy reading for University bosses seeking to change Oxford’s public image in the wake of David Lammy MP’s criticism of Oxbridge colleges as “fiefdoms of entrenched privilege”.

Data obtained by Lammy through Freedom of Information requests established that in 2015 Oxford made 82% of its offers to children from the two top social backgrounds. More offers were made to students from Eton than to students on free meals from across the entire country.

Class Act, an Oxford SU campaign set up to represent the interests of students of working class, low income, first generation, and state comprehensive backgrounds at Oxford, told Cherwell: “Representation of Class Act students within student organisations at the university is vital.

“The dominance of students with privileged educational or income backgrounds in many of these organisations can be seen both as a reflection of the isolation Class Act students face at the university and as a reason why this isolation continues to exist.” 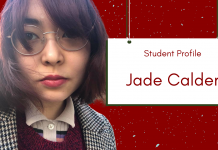