Fairytales can show us the horrors of Hitler’s Germany 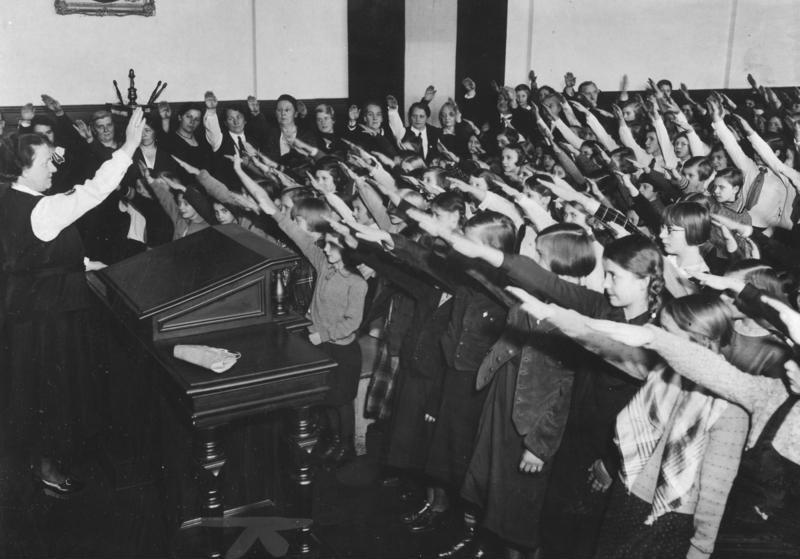 Fairytales often combine innocence with darkness, naivety with sin. Children stand on the edge of a great, dark wood with sex and violence at its heart. Reading the works of the Brothers Grimm, we find tales which contain murder, mutilation, cannibalism, infanticide, and incest. Through a lens of fantasy and magic these stories take us into the blackest and most brutal elements of ourselves.

It’s little wonder then that Günter Grass made prolific use of fairytales in exploring Germany’s past, writing his own fairytale of Germany and the Nazis. In the midst of Germany’s postwar amnesia, Grass, often described as the nation’s moral conscience, reminded Germany of her sins, and demanded her atonement – Catholic themes permeate Grass’ work. Germany’s children stood at the edge of the deep dark forest.

The appeal of the fantasy of fairytale lies not in its distance from humanity, but in its disclosing of human nature. It is this aspect drew so many 20th century magical realists to weave fairytales into their work. The forest contains the hidden drives, wills, and neuroses of the human unconscious. The Nazis and those complicit in their crimes were, like the monsters of the Grimms’, all too human. Grass’ role was draw out the trauma of genocide repressed in Germany’s collective consciousness.

Fairytale as ambiguous allegory is exemplified in The Rat, in which Grass draws on the tale of the Pied Piper of Hamelin. The Piper seduces and leads innocent children like rats into the shadowy cave. Likewise, Hitler abducted the German people – or at least that’s the story that people would have liked to tell themselves after the war. Grass reminds them they were not blind followers, but complicit perpetrators. And yet as conscience of a nation, Grass also bears his own sins, he too was a complicit perpetrator. While his fantasy and magic can penetrate into memory, it can also obscure it.

Grass’ most pervasive use of fairytales comes in his Danzig trilogy, in particular The Tin Drum, a novel which, like The Flounder and Dog Years, takes place in a world steeped in fairytale, myth, and fable. The protagonist of The Tin Drum, the dwarf Oskar Matzerath, is a living fusion of the fairytale elements of darkness and innocence. Throughout much of the novel he remains a child and so facilitates a unique view of the events of the Nazi period. His appearance of innocence gives him a perspective which allows Grass to present the horror of the period in all its clarity. The fairytale mode of innocence as the way into the sin and savagery is manifested in Oskar’s narration.

Yet Oskar captures another ambiguous role: the dual role played by Grass himself. Oskar is at once outside observer and complicit perpetrator. Grass stood and judged the nation, and at the same time judged himself. The transcendent narrator is an actor in the narrative. Germany’s memory is his memory. In writing on Germany’s sins he seeks his own atonement. Hence the unreliability of Oskar’s story-telling, Grass seeks to simultaneously reveal and conceal the past.

This is the beauty of the fairytale – its allegory allows for deep ambiguity. Meaning is hidden in magic and fantasy. And so in Grass’ novels, the raw and unspeakable brutality of the past must be mediated through symbol. Even in his biography Peeling the Onion, Grass’ presentation of his life is steeped in metaphor and uncertainty. But in that book Grass does honestly peel away the layers, and at last reveals his role in the Waffen SS.

After unveiling the secret he’d kept for over 50 years, Grass was accused of hypocrisy and dissembling self-righteousness. How, it was asked, could he have criticised and judged Germany for all those years, when he too was complicit in the crimes? But Grass was never the objective moral arbitrator. Germany’s story, Oskar’s story, was his story too. His novels allowed him to reflect on Germany’s and his own history. Grass, like Oskar, plays a dual role. In The Tin Drum Oskar’s gang call him Jesus, while he later self-titles himself Satan. Grass’ life too combines sin and atonement.