Oxford University has defended a professor after student campaigners accused him of using a “racist trope” to “whitewash” the history of empire.

But an Oxford spokesperson has now hit back at the charge, stating that the University supports “academic freedom of speech”, and that the history of empire is a “complex topic” that must be considered “from a variety of perspectives”.

They said: “This is a valid, evidence-led academic project and Professor Biggar, who is an internationally-recognised authority on the ethics of empire, is an entirely suitable person to lead it.”

Writing in The Times on November 30, Biggar, Regius Professor of Moral and Pastoral Theology at Christ Church, published an article entitled ‘Don’t feel guilty about our colonial history’.

While admitting that inexcusable atrocities were overseen by the British Empire, he claimed it left a legacy in other countries which many people value. He emphasised the “goods of security and the rule of law” that British colonialism brought, which he claimed gave imperial rule “popular legitimacy”.

They stated his implication that pre-colonial societies had no political order was a “hackneyed and fictional trope”.

Highlighting his call to “moderate our post-imperial guilt” as being the most dangerous, they claim it would make Britain feel it had a “right to meddle in other countries’ affairs”.

Further concerns were raised at Biggar’s co-leading of a project on ‘Ethics and Empire’, with an aim “to measure apologies and critiques of empire against historical data from antiquity to modernity across the globe”.

In a statement, Common Ground said: “Is this what is needed at the University of Oxford – a project led by someone pushing to ‘moderate our post-imperial guilt’ – when Oxford continues to memorialise celebrating slave-owners such as Christopher Codrington and imperialists such as Cecil Rhodes, and when Oxford continues to fail to act to address current-day racism, as demonstrated by the fact that nearly 1 in 3 Oxford colleges failed to admit a single black British student in the last year?”

Since Common Ground’s statement, further information has been released about the nature of the project.

The McDonald Centre, the University organisation which announced the project, has stated that it was formed in response to the widespread consensus that “‘empire’ is imperialist; imperialism is wicked; and empire is therefore unethical. Nothing of interest remains to be explored.”

It stresses that the ethics of empires is mixed, pointing out how the the British Empire “suppressed the Atlantic and African slave-trades after 1833, granted black Africans the vote in Cape Colony seventeen years before the United States granted it to African Americans, and offered the only centre of armed resistance to European fascism between May 1940 and June 1941”.

The project is scheduled to run over five years and include five different workshops. The first workshop, ‘Ethics and Empire: The Ancient Period’, has already taken place in July.

The themes of the workshop will progress chronologically, with the the series culminating by considering post-colonial critiques of imperialism.  A central question in all the workshops will be: “How well did empire’s critics or supporters actually understand the historical phenomenon?”

He attacked the University’s response, telling Cherwell: “Colonialism has no respectable defence. It has ignorant apologists and it has racist apologists.

“If the University cared about amplifying the voices of the marginalised, it wouldn’t give a platform to the likes of Biggar. It would support groups like Rhodes Must Fall, Common Ground, and others who challenge the glorification of Europe’s colonial past.”

Professor Biggar did not respond to a request for comment. 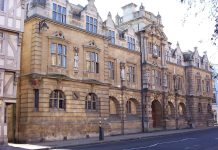 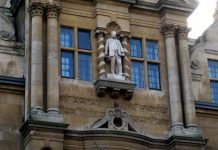