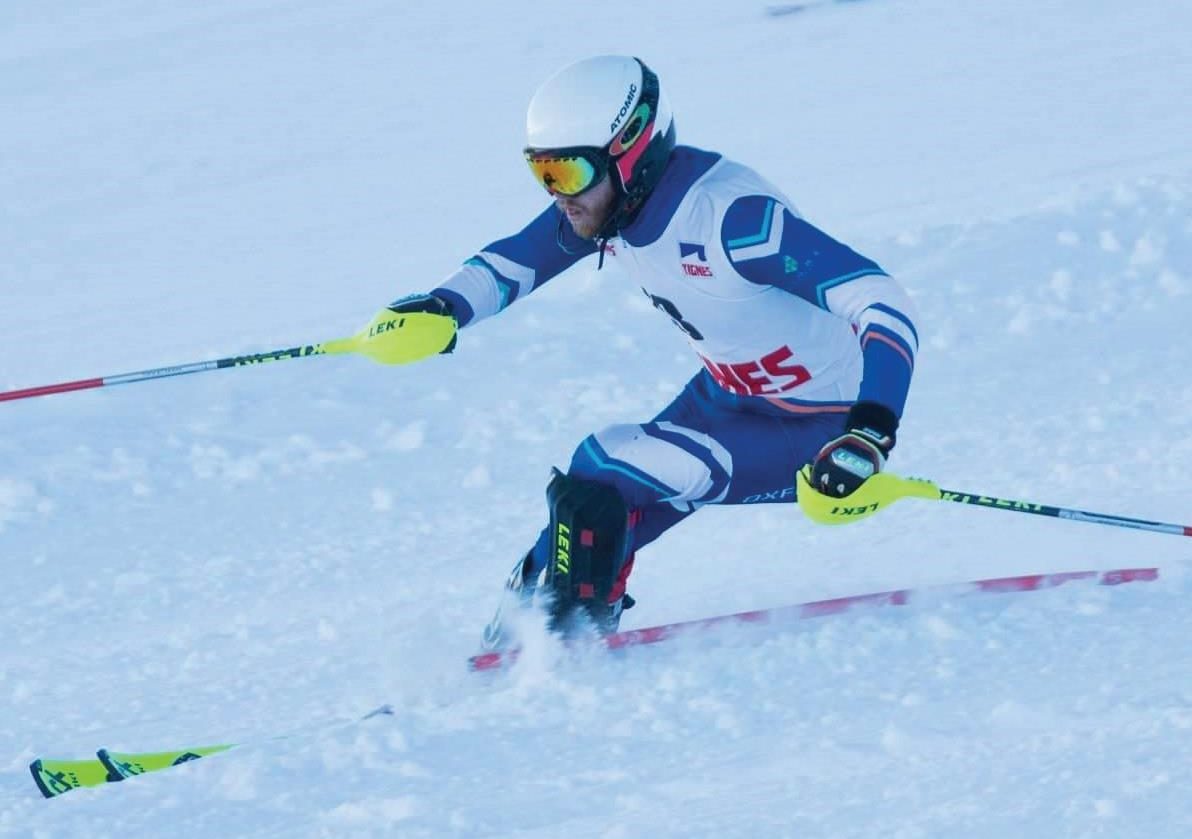 For many on the Varsity trip, arrival in the Alps heralds hurried checking-in before an immediate trip to the local supermarkets for raids of all the pasta and boxed wine in sight. Then people can look forward to a week of sun and snow, late nights and lie-ins, après
afternoons, and perhaps some skiing thrown into the mix.

Needless to say, these aspirations differ to those of the competitive skiers. Indeed, both OUSSC and CUSSC travel out earlier than the merrymakers to squeeze in a few extra days of training before trials and the races.

Oxford’s skiers were keen to build on successes of previous years, specifically the double victory in 2016 of the men’s and ladies’ Dark Blues teams. Thus, the intensity of OUSSC training shifted up a gear this Michaelmas. Rising club numbers led to strong representation at training sessions at Iffley and twelve athletes were enrolled in the Blues’ Performance Scheme.

News of freshly-fallen snow greeted skiers upon their arrival; a good omen as snowfall is often a concern given the timing of the trip in early December. However, because the snow had been so unexpected, the ‘Stade’ (the race piste finish opposite the VarCity) had not been prepared by the resort staff and so skiers were faced with a commute up to the glacier, where no spectators were allowed to watch, and skiers were chased down the Alps, a wind chill of -28°C at their backs.

The Varsity races’ format consists of two runs of giant slalom (GS) followed by two runs of slalom (SL). The collated times of the fastest four in each team in each event are put into the scoring system, and the team with the quickest overall time are declared the winners.

GS is the race discipline most akin to the average person’s skiing style, medium length sweeping turns in a fairly regular meander down the piste. Conversely, slalom is more dynamic. The much shorter skis call for tight, sharp turns, almost bouncing between edges,
characterised by tracing a line down the course as close to the gates (coloured turning poles) as possible.

The drastic difference in requirement of these two disciplines forms the basis of selection, hence team members are split between those with technique and those with speed. With GS passing in the morning, the men’s and women’s 1st teams from Cambridge set
themselves a slight advantage, with all other teams remaining fairly evenly matched.

In the afternoon, initial speed out of the start proved to be critical on a very shallow course that grew increasingly rutted throughout the session to the extent that, by the turn of
the men’s and women’s 3rd teams, just negotiating the flume-like track without mishap was a greater concern than setting a fast time.

In the slalom, the Oxford 1st teams both made up ground on their Cambridge counterparts, while falls in the Cambridge 2nds and Men’s 3rds led to decisive victories
for Oxford.

Against stronger Cambridge competition than last year many Oxford skiers put in strong performances, Varsity veterans and near-novice alike, with the pool of skiers showing excellent promise for future competition.