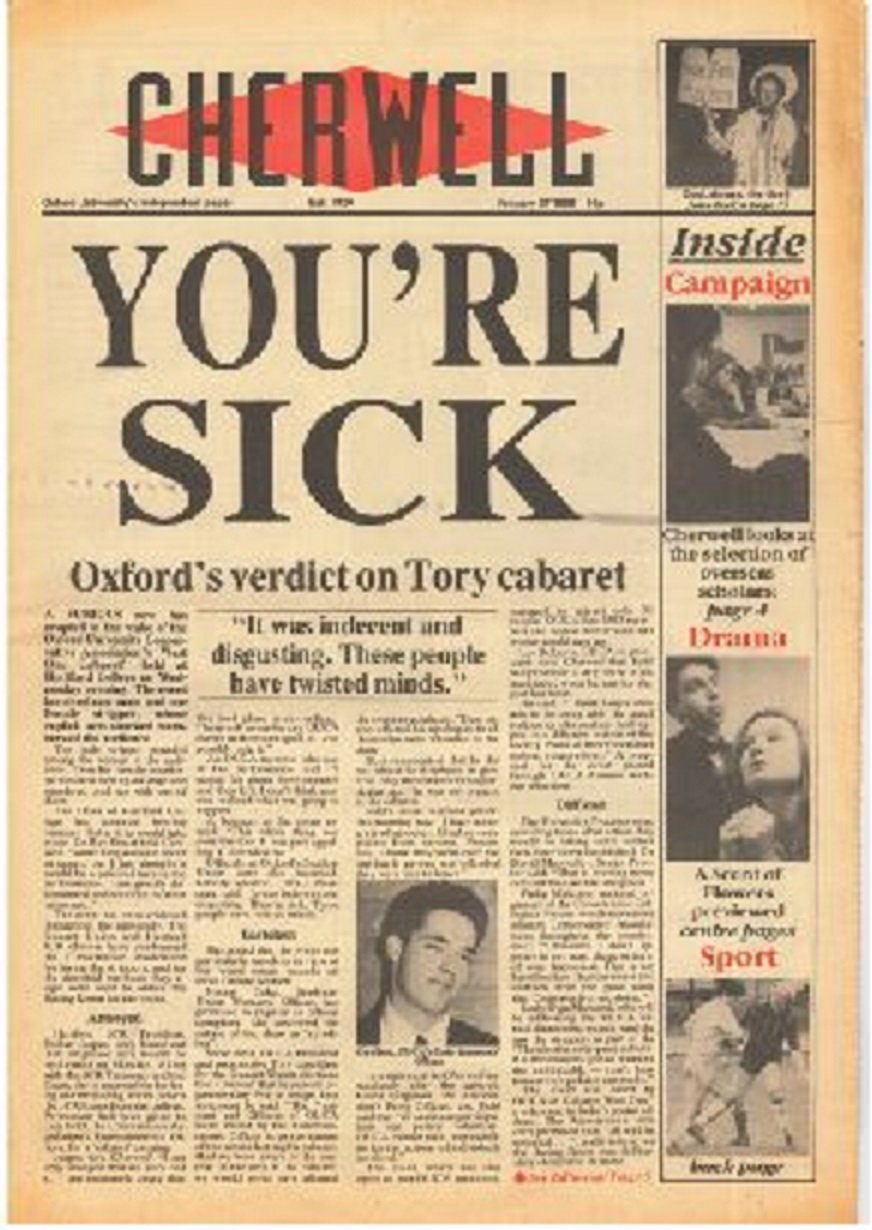 The Oxford University Conservative Association (OUCA) once hired the ‘Black cab rapist’ then working as a stripper, for an infamous cabaret social.

John Worboys, then know as ‘Terry the Minder’, performed a striptease for Tory members, alongside a female stripper named “the exotic Vashanti”.

The event at Hertford College was attended by a young Sally Bercow (then Illman), wife of Commons Speaker John Bercow. She was blindfolded on stage before Worboys suggestively placed a banana in her hand.

According to a report at the time, prominent Tory backbencher Jacob Rees Mogg “heartily approved of [the event].

Now dubbed the ‘Black Cab Rapist’, Worboys was later jailed in 2009 after being convicted of 19 sexual assault charges. He notoriously drugged multiple women in his taxi.

The announcement that he would be released after serving only nine years of his sentence was met with heavy criticism nationwide last week.

Following the ‘West One Cabaret’ event, the Senior Proctor of the University refused to recognise OUCA as an official society, banning the Association from using the ‘Oxford University’ title in its name. The Association were also prohibited from holding events at Hertford. The ban apparently remains in place today.

The event provoked outrage across the University. The Entertainments Officer who organised the event did not disclose the nature of the event prior to the evening, but ex-President Lee Roberts stated that the officer put the proposal for a striptease in his election manifesto.

Timothy Doyle, President of OUCA, told Cherwell: “That a stripper should be invited to perform at an Association event is quite inconceivable today. The account of this event is disturbing, and unlike anything I have ever experienced during my time in the Association.

“It cannot be considered to reflect on the Association of today, or our values.”

Steve Best, OUCA president for Hilary 1989, told Cherwell at the time: “Had we been aware of the content of the acts in the cabaret, we would never have allowed the event to go ahead.”

Felicity Spector, then OUSU President, said: “It was indecent and disgusting. They’re sick!”

A January 1989 Cherwell editorial read: “Simulated oral sex in public cannot be defended on the ground that it gives other people pleasure (it doesn’t) or that it is not something to be taken seriously.

“Not only has OUCA permanently ruined its own reputation, it has also damaged the image of the whole university. Everybody suffers from the sel sh antics of a small group of untypical students.

“No-one can take a political group seriously which sees obscene acts as nothing more than a joke.
“The message is clear. Those who organised and took part in this degrading display have no place in a university which rejects sexual depravity.”