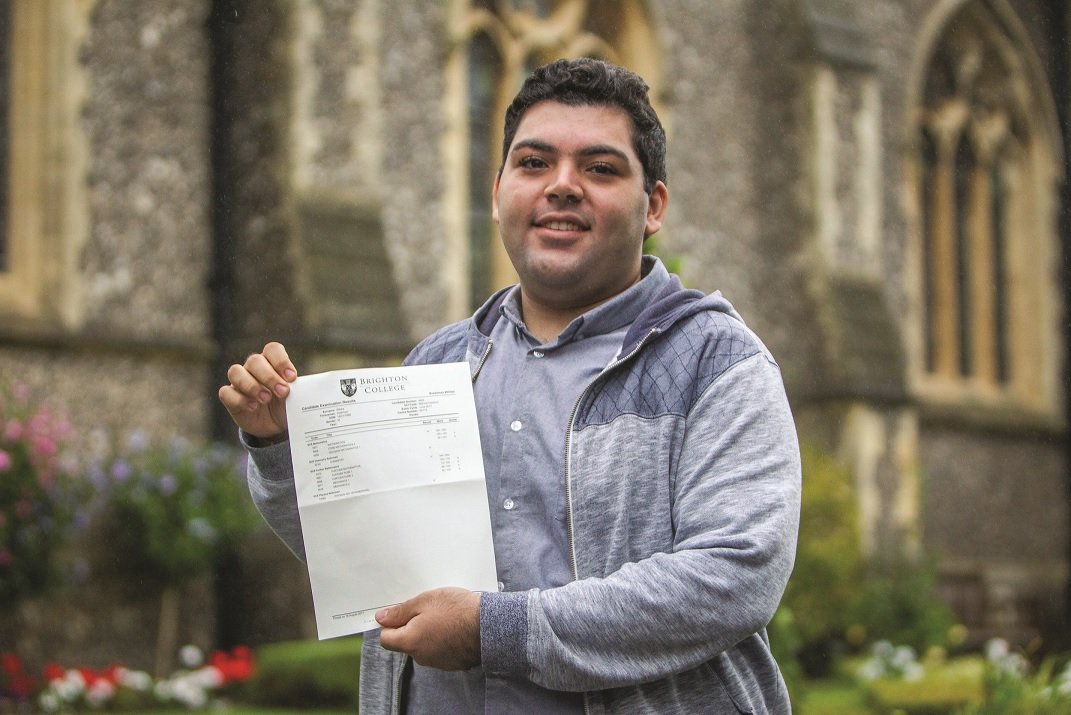 A Syrian refugee who fled to England in a lorry carrying frozen chips has been offered a place at Balliol College.

Sulaiman Wihba, 20, will begin a maths degree in October next year.

He received 4 A*s at A level in Maths, Further Maths, Physics, and Chemistry this year. He described the news of his offer as “unbelievable”.

“For me, this feels truly unbelievable. Who would have thought that 17-year-old me, jumping off a lorry when I arrived in the UK, could make it to Oxford?

“It’s been such a tough journey since I left the bombings and the bullets in Damascus but I wouldn’t change anything about it.

“I am also so grateful as I couldn’t have done any of this if it had not been for my parents and my teachers’ amazing support.”

A tutor for Undergraduate Admissions at Balliol, Dr Sebastian Shimeld, said: “We look forward to welcoming Sulaiman Wihba to Balliol College, and to learning more about a story that shows the transformative power of education.”

Sulaiman left Damascus with his mother in 2015 after it became too dangerous to remain. He travelled over the border to Turkey, before making a perilous five hour crossing of the Mediterranean in a cramped boat.

From there they travelled through Europe to Calais – passing through Greece, Macedonia, Serbia, Hungary, Austria and France. He then managed to escape to England in the back
of a frozen foods lorry.
The journey was made with few supplies. Sulaiman’s mother arrived in the UK with only one shoe.

He attended school and recieved help from a local charity called Voices in Exile, who give advice and support to asylum-seekers in Brighton. Sulaiman began teaching Arabic to refugees for the charity, which rented out a room at Brighton College.

The headmaster of the school, Richard Cairns, heard about Sulaiman’s volunteering and story.

The teenager was then offered a full scholarship at the £23,000 boarding and day school, alongside another refugee, Elias Badin.

Richard Cairns said: “Sulaiman has worked incredibly hard, in the face of great adversity, and he richly deserves this offer.

“We’re proud to have helped this remarkable young man attain his goal.

“We know he will achieve great things in the future.”

Balliol have a scholarship programme for refugees which pays for tuition fees as well as living accommodation.

However, Balliol clarified that this was not awarded to Sulaiman.

They have not responded to Cherwell’s request for information about the last time the scholarship has been rewarded.

Thais Rosque, president of the Oxford Students Refugee Campaign, told Cherwell: “It is great to see that Balliol is offering a place to such a deserving student.

“Sulaiman’s story is a proof of how many brilliant students are awaiting opportunities just like these, first offered to him by Brighton College and now Balliol.

“Our campaign was targeted exactly to students like him, who by no fault on their own had their education put at risk due to war, disasters or persecution.