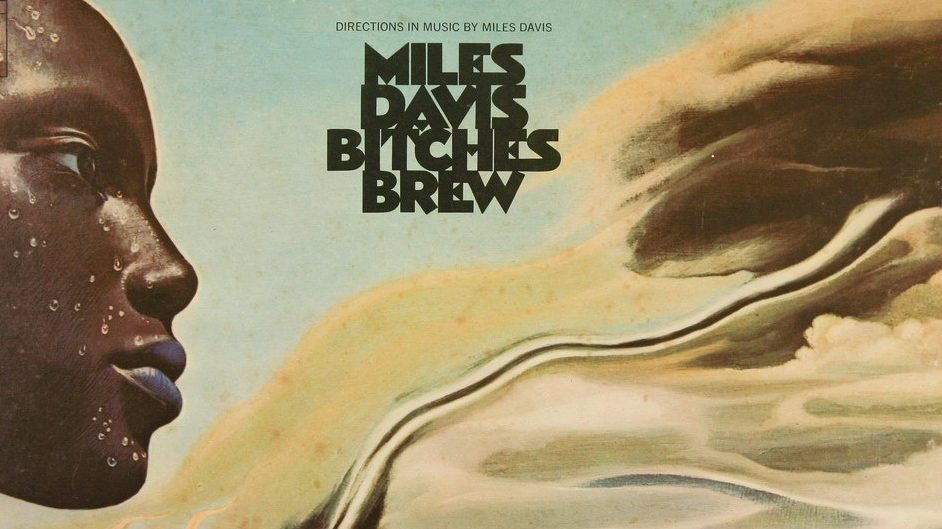 As the 60s came to an end, jazz had become music of the past: the trend had moved to rock and Motown, and with the death of John Coltrane in ’67, it seemed the genre was losing momentum.

A jazz musician known for his ’59 hit ‘Kind of Blue’, Miles Davis could easily have stayed to gather dust on Columbia’s classical list. But by the end of the decade, he had released an album that would define the future of jazz to come.

The shift was in part prompted by his relationship with Betty Davis. A trendy 22-year-old model, she introduced him to the funk of James Brown and the sonic forays of Hendrix, with whom it is rumoured he was ready to start a supergroup along with McCartney. Though the rockstar’s death in 1971 made this impossible, their brief relationship did much to push Davis in a new musical direction.

The result, Bitches Brew, was 96 minutes of organised chaos, a giant sonic canvas that constantly evolves as each of the group’s 15 musicians adds his own brushstrokes and Monk-like angular harmonies. Every player is in close communication, despite having barely rehearsed, making do with Davis’ rare trumpet cues as guidance.

At one point on the title track, one can even hear Davis whisper to the guitarist, as he hears the jam reaching its natural conclusion: “John… play something.” This is music born of the moment, an album that wrote itself as it was being recorded.

Purists were understandably horrified. The man who had defined classic jazz was now featuring on the same bills as Hendrix, packing out the same arenas as The Doors and Jefferson Airplane had done. Nevertheless, with the addition of John McLaughlin on quasi-funk guitar and other instruments the likes of which had never been heard on a jazz record before, he gave the genre the impetus it needed to stay relevant.

The modern attention span, with its relentless diet of 3-minute singles and quick-fire Spotify playlists, will no doubt find Bitches Brew and its precursor In A Silent Way hard going at first. But Davis’ late 60s output will reward any amount of close listening, and continues to stand as a true testament of an artist who refused to be content with his former success.