CherwellIndependent since 1920.
Culture 50 Shades Freed confines and confuses its viewers 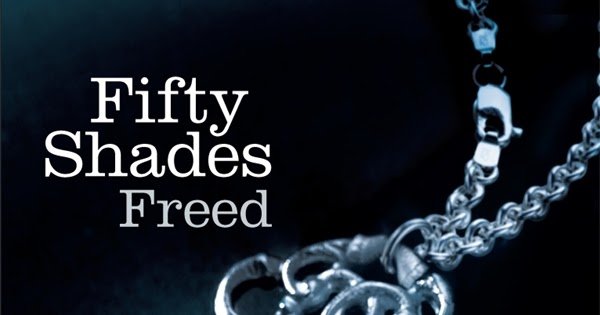 “Be careful not to struggle, Ana,” Christian Grey (Jamie Dornan) warns his newlywed (Dakota Johnson) of his handcuffs in the first sex scene of Fifty Shades Freed, “they bite back”. Aside from being the first of many desperately unsexy love-making episodes, his warning provides a useful way of identifying the overriding problem with the film: ironically, unlike the handcuffs, it simply doesn’t bite back.

There isn’t much for the protagonists to overcome in this final chapter of the Fifty Shades trilogy, as they spend most of their time in expensive cars, boats and a private jet. Christian and Ana’s lavish wedding and honeymoon are condensed into one montage, making the first five minutes feel more like an advert for Trivago than an actual film.

This is not to say that Niall Leonard (screenwriter and, incidentally, husband of E. L. James, the scribe behind the source novels) failed to throw any obstacles into the paths of Mr. and Mrs. Grey. In fact, the opposite is true: over the course of two hours, he throws almost every conceivable misfortunate at the characters, many of which would provide the entire storyline of any other film. These include a break-in to Mr. Grey’s office, arson, a kidnap, a suggested affair, another kidnap (this time with a ransom), a fight, and a baby – yet somehow, none of it means a damn thing.

Each of these conflicts is dispensed with so rapidly, it’s resolved before the audience has a chance to work out what its purpose in the story was. When Ana’s best friend confides about her fiancé’s suspected in delity, Christian’s response to his brother’s alleged affair is that “it’s none of our business”. The plot-line is abruptly dropped, as if it isn’t the audience’s business either. Considering I paid ten pounds to watch a story play out, actively shutting down plot threads seems to miss the point of making a film at all.

Even Ana’s feminist struggle against her over-controlling (and, frankly, abusive) husband, tantalisingly introduced at the start of the film, is over disappointingly quickly. Christian storms into her office after discovering she hasn’t updated her work email address to reflect her new married surname, and following an argument that lasts about two lines, she agrees to change it. Once again, she fails to bite back.

Fifty Shades Freed is little more than a string of montages of product placement and brief sex scenes that are more ridiculous than kinky (including a particularly entertaining scene of Ana and Christian painting each other in Ben and Jerry’s). The acting is flat (does Dornan only have one facial expression?) and the ending is bizarre – I can only assume that the shoe-horned pregnancy story-line was designed to please James’ readership of middle-aged mothers.

There are not fifty shades to this film. There is only one: boring.