CherwellIndependent since 1920.
Comment Tabloid spotlights only keep the real Oxford in the dark 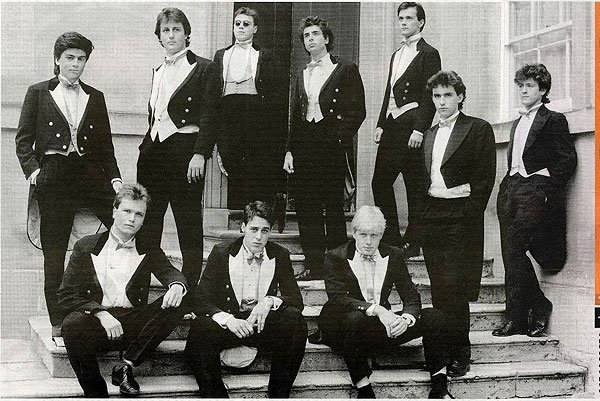 Someone from a working-class background might not traipse through the Oxford admissions page this weekend. But they might flick through a copy of The Sun, The Daily Mirror or the Daily Mail. Staring back at them will be the face of a floppy-haired blonde man, dazed, drunk and, according to the story, disorderly. From it they will take away an image of Oxford as the home of the entitled. The influence of YouTube videos about ‘no-strings financial support’ and the ‘Wall of Faces’ of applicants from a range of racial and socio-economic backgrounds pale in comparison to the national reach of such stories. The reason they gain such traction is simple – it makes a good story.

In the same week Cherwell reported on Hope Oloye’s Afro-Caribbean Tyler Prize, it was the story of an exceptional woman reaching out to those like her, and dedicating her own time and energy to improve access. But this doesnt constitute a good story for the tabloids. It doesn’t fan the flames of anger or frustration, which so often arise when most in society consider Oxbridge. Too often with Oxford, it feels like no news is good news. The most recent stories have done little more than to evoke shame and anger for those who study here.

Over the last six months we’ve witnessed the Vice Chancellor’s homophobic comments, outrage over Lavinia Woodward being spared jail and the University being accused of a “social apartheid”. It doesn’t do much to encourage those on the fence to submit an application. When I was Access Officer at my college, I spent hours trying to encourage BME and working-class students to apply. On open days, I’d approach those who looked like me, more often than not nervous and filled with questions, most of which boiled down to: will I fit in? Each day dozens of hard-working individuals strive to ensure those individuals know the answer is yes. But the reporting which characterises Oxford as an elitist institution efficiently works to prove the opposite.

For example, in June, The Sun wrote a story on the Piers Gaveston Ball. They reported on “Posh Oxford University students queue[ing] half-naked in the street”. Photos of various individuals dressed scantily alongside questionable puns such as “Flesher’s week” and “The undie graduates”, which went on to be viewed thousands of times online and in print. Stories like this prove Oxford must be increasingly open. More opportunities to visit the colleges, increased access efforts and, crucially, more positive media coverage. Oxford isn’t just battling self-doubt, they need to combat an engrained media image of elitism and exclusion.

Of course, there is no smoke without fire. Oxford and other elite institutions should obviously be held accountable for a damaging academic or social culture, and the media should rightly report on their failings. But it is their apparent ignorance towards any progress which is damaging and counter-intuitive if they genuinely desire a shift in the status quo. Oxford contains a number of wealthy and privileged individuals, but reporting like we’ve seen in the tabloids this week purely play into worrying stereotypes. This is not the Oxford I know, and when the headlines and standfirsts fade, the impression remains, one which does far more to discourage applications than to encourage change.