It hits you that, not only have you lost all your dignity in proclaiming that “ur gr9 c u in seminarrrr x”, but you’ve also become a fuck girl. This is the phenomenon I like to call ‘DTF’ – ‘drunk texting fiasco’.

The repercussions of a DTF can be hard to limit. Will your tute partner mind about the drunken Facebook message that says only ‘Hegel’ with 12 skiing emojis? Will your best friend’s boyfriend appreciate being told that “u shld get me a valentnes present to as I am half ur relationshi and draft most sexts u recive”? Will your tutor mind that you’ve drunkenly endorsed them for ‘banter’ on LinkedIn? Very probably.

You have several options in this situation. The first, and most obvious, is to blame it all on a malevolent twin. The second, and most 2012 of the options, is the classic “haha omg my friend sent that I’m so embarrassed ofc I’m not in love with you what omg”. The third, and least likely, is to try and accept what your subconscious is showing you, and confront the issues that your drunken frenzy has brought to a head.

There’s a maxim that ‘drunk words are sober thoughts’. But when your drunk words are ‘shout dijon site that tigre’, this becomes slightly harder to fully comprehend. So, should we be attempting to curb our drunken instincts? For the sake of dignity, the answer is obviously that alcohol and texting should be kept as far apart as Disco Stus and people with good taste. But in terms of what our drunk texting tells us about ourselves, I think we need to embrace these messy, paltry, and often overly emotional aspects of our inner selves.

If gin makes you cry about your ex, that isn’t entirely the fault of gin. If you tell everyone how worried you are about failing your degree after a Balliol Blue, that isn’t entirely the fault of the Balliol Blue. Perhaps it is the stress of being at Oxford. It is totally normal to supress an emotional response to something because you have a deadline, and you haven’t got time to keep on top of your work, train for a sport, and still get 8 hours every night.

We rarely give air time or precedence to our wellbeing. It is when drunk that these basic doubts materialise, and if your drunk self is telling you that you need to confront an issue, that’s rarely just Dutch courage talking.

This isn’t to say that you’re not being a total fuck girl when you text your hot neighbour with “u up?” at 3am, or that you shouldn’t panic if you wake up and see that you sent a snapchat you have literally no recollection of that has been opened and not responded to. But if your friend is crying about imposter syndrome after a night out, don’t accept their downplaying excuse of ‘drunken chat’. Our drunk selves may be more prone to vomiting and may be tasteless and debauched versions of our normal selves, but they are still worth listening to. That is unless your drunk self is telling you to go to Disco Stu’s. Then that really is just drunk chat. A Return to the Roaring Twenties Thoughts on the gifting of a book 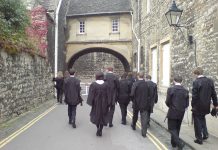