Martin won a landslide victory in the first round of voting 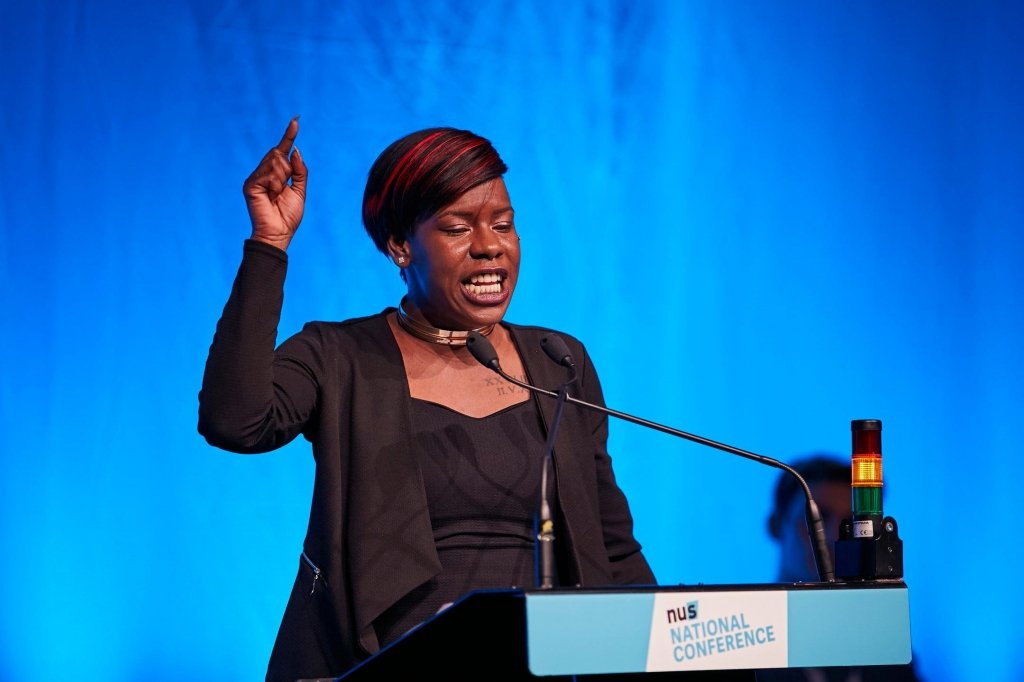 Fred Dimbleby
Fred, a second-year Historian at Keble, was the paper's editor for Trinity Term 2018 alongside Matt Roller. He started out as Cherwell's comment editor last Hilary.
28th March 2018

Shakira Martin has been re-elected as president of the National Union of Students (NUS) in a landslide victory.

Martin won the contest in the first round with 50.9% of the vote beating Sahaya James and Momin Saqib at the annual NUS conference in Glasgow.

Martin was seen as a politically centrist candidate in the election and her victory appears to show the continued dominance of the centre in the NUS.

Thank you so much everyone for putting your faith in me for one more year, I cannot explain how humbled and thankful I am! #NUSConference I urge you to vote for the candidates below, to give NUS a truly phenomenal team that wins for students every single day!!! pic.twitter.com/SmGBBCYSBx

In her manifesto, she said: “When I was struggling I made a choice. I went back to college – a way back to work and independence and away from crime and abusive relationships.

“I want my daughters to realise the value of education – enabling them to be the leaders and entrepreneurs of the future.”

Her left-wing opponent, Sahaya James, who is a member of Momentum’s national executive, fared less well only achieving 15% of the vote.

Martin’s election follows a period of controversy for the president. She was recently involved in accusations of bullying within in the NUS, which she denied.

Martin said: “I’m so humbled to have been re-elected”.

“I’m honestly shocked I ever made it here in the first place, and I’m so thankful to everyone in the student movement who has supported me,” she said.

“Now it’s time for our movement to get real on student issues, as well as to be honest about ourselves. I’m so excited to work with my next national officer team to create a truly united NUS, fit for tomorrow and fit for the future.”

Martin was first elected as NUS president last year and was previously the vice president for further education.

The election victory followed a tense day at the NUS conference with some delegates taking part in a sit-in on the stage over a motion supporting the decriminalisation of sex work.